When you think of Top 40 hitmakers, singers like Bruno Mars probably come to mind.

Even if you don’t listen to pop music, his funk-tinged tracks have become pretty ubiquitous at this point, appearing on everything from Google Home promo videos to Skippy peanut butter commercials. While his songs do amazingly well on Top 40 stations listened to by teens and twenty-somethings, his style harkens back to funk and soul music from bygone eras, attracting older listeners as well. But elderly listeners? It might sound far-fetched, but one couple can’t get enough of hit single “Uptown Funk.” 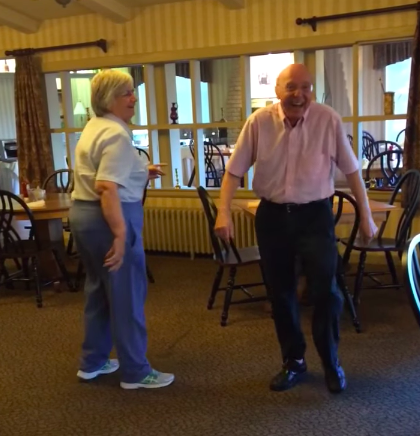 The couple from Texas went on vacation in Canada, and while they were there, they decided to check out some live music. Keith Mullins was playing at a restaurant near their resort, so the music lovers headed there for some entertainment. 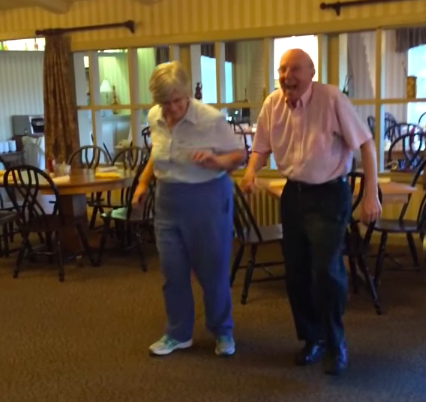 They were loving the music, and when Keith started playing an acoustic version of “Uptown Funk,” they knew exactly what they had to do.

The adorable pair had their dancing shoes on, so why not hit the floor? Both of them got out of their seats and put on a performance that warmed the hearts of everyone watching. 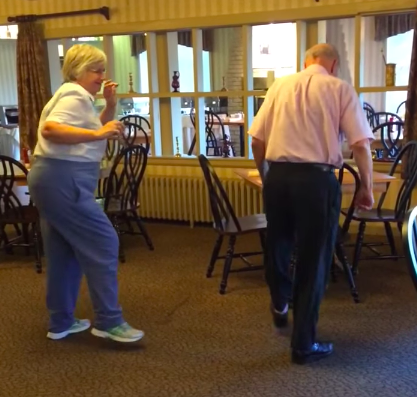 Fortunately for us, someone had the foresight to capture it all on video and share it online! Watching the two of them dance together would make just about anyone want to cut a rug alongside them. 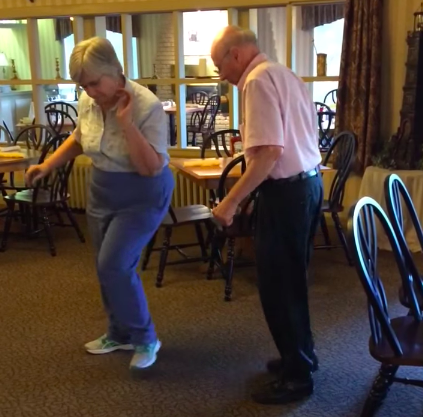 And beyond that, it’s made commenters express their dreams of sharing such a fun relationship full of friendship and love in old age.

YouTube commenter Drema Bell said, “I love this couple. Hope this is me at their age!” People were particularly enthralled by the husband’s fancy footwork and when you check out the footage, you’ll definitely see why. 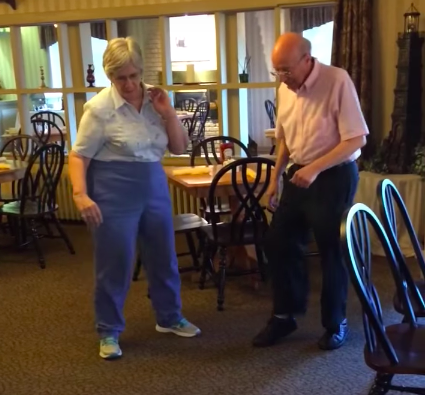 Check out all their sweet moves in the video below and don’t forget to share their inspiring relationship with others!