Imagine you’re in front of a large crowd singing one of your favorite songs when you suddenly see the very artist who made it famous jump onstage to join you. Words wouldn’t be able to express what you’d feel in that moment!

For 13-year-old Sydney Bourbeau, this wasn’t a hypothetical situation. She was doing a cover of “Thinking Out Loud” at a local mall when megastar Ed Sheeran decided to hop in for a surprise duet. 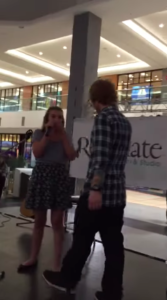 Sydney was at West Edmonton Mall in Alberta, Canada, that day as part of a fundraiser for a local humane society. A large crowd of people had already gathered around her, and she was crushing her performance.

Unbeknownst to her, Sheeran happened to be shopping nearby and heard her singing. His cousin, Murray Cummings, started filming as Sheeran stopped what he was doing to shock Sydney — and pretty much everyone else there. 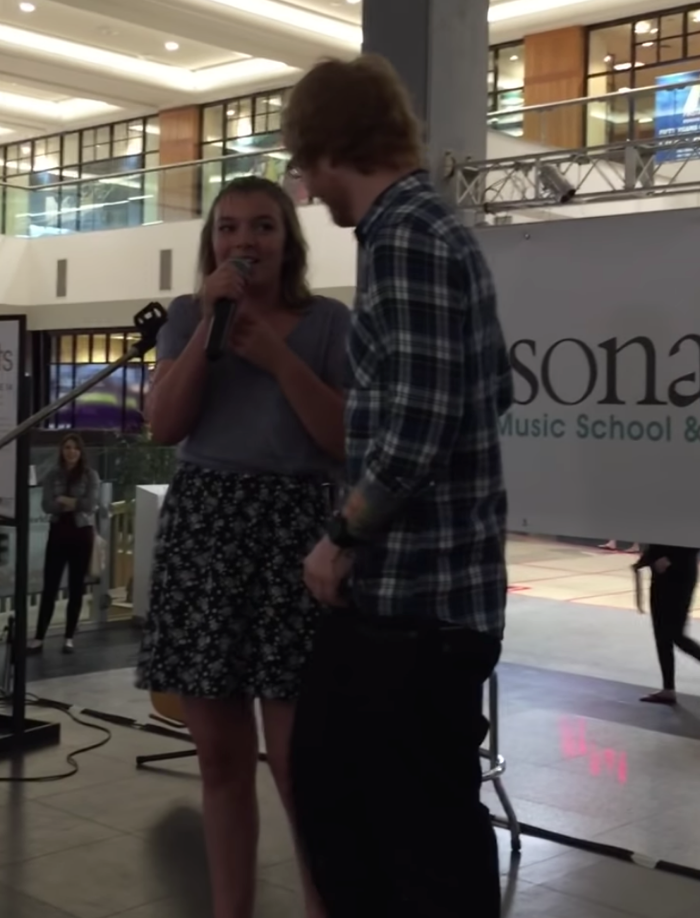 In the video, we can see Sheeran run onto the stage. He takes the microphone from her and starts singing along, but he clearly doesn’t want to steal her show. A moment later, he passes the mic back, and they continue together with Sheeran harmonizing. 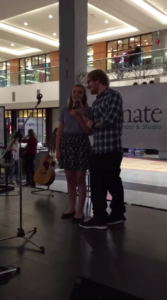 Despite her obvious astonishment and the steadily growing audience, Sydney doesn’t miss a beat!

As the two of them finish their beautiful performance, the crowd can hardly handle the excitement. Still, the 13-year-old just smiles and hugs the superstar to show her gratitude for the unexpected opportunity. 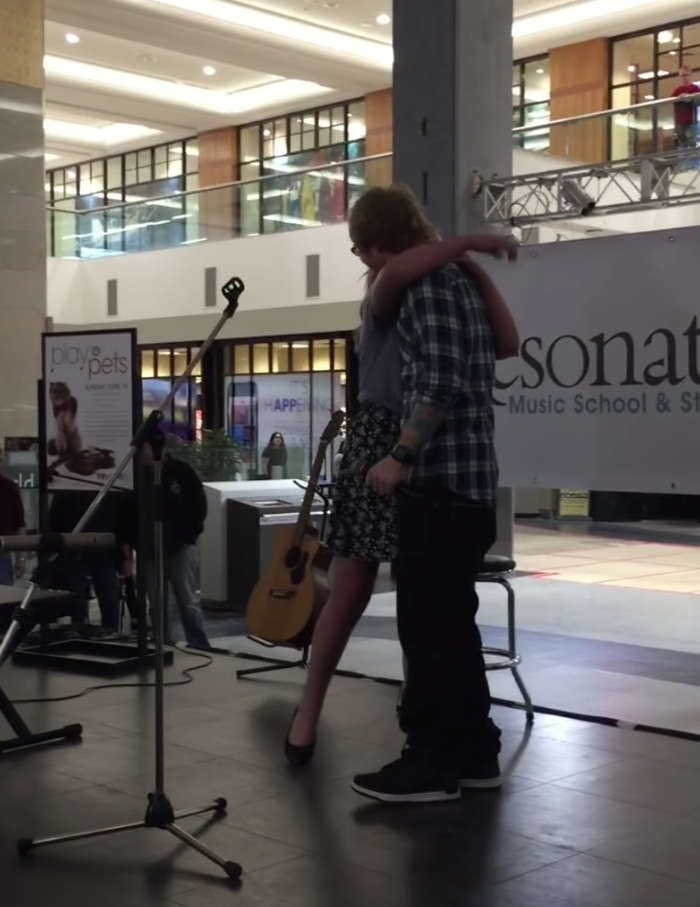 If this is something Sheeran regularly does for fans who cover his songs, you can sign us up! What a fun way to make someone’s day and contribute to a great cause.

Check out their impromptu duet in the video below, and be sure to share it with your friends.