It was a snowy day in Duvall, Washington, when local police got a call about a group of “suspicious characters” in a nearby park.

Members of the Duvall Police Department quickly responded to the scene, where they did indeed find a group of “local hostiles” using “improvised projectiles made out of fluffy snow” to attack anyone who so-much as looked their way. Shouldering their ballistic shields, four brave officers approached the danger zone ready to do battle to keep their town safe. 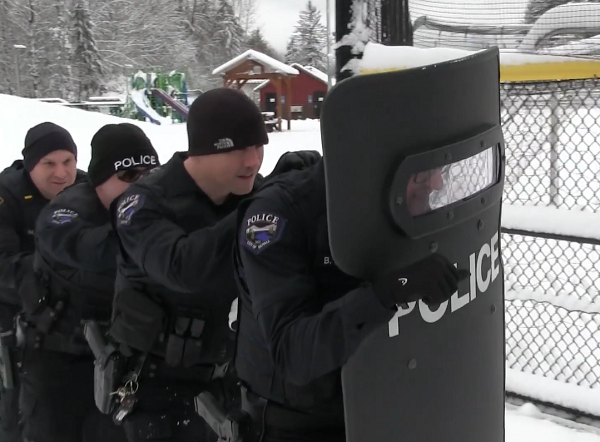 The first sign that this is a light-hearted moment rather than one of the scary incidents police officers normally investigate comes in the form of a little grin from one of the cops in the line-up. As the officers move forward in riot formation, one or two of the cops can’t suppress a tiny smile of anticipation as they round the corner and spot their adversaries. 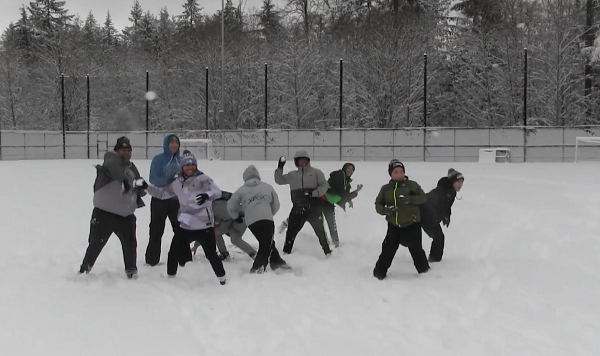 Area kids who were off school thanks to a snow day had assembled for a snowball fight, and they were not about to let those tough uniformed officers intimidate them! The battle began, kids hurling snowballs at the cops and the cops returning fire with snowballs of their own, all of them laughing the whole time.

“We show up and we see there’s a bunch of them, so we’re like, could be kind of a tough situation,” Officer Brandon Rhodes later explained. “So we decided to grab our ballistic shields and call in a couple reinforcements. They all start throwing snowballs at us. We can’t let them throw snowballs at us, so we throw snowballs back, and then they just have too many snowballs.” 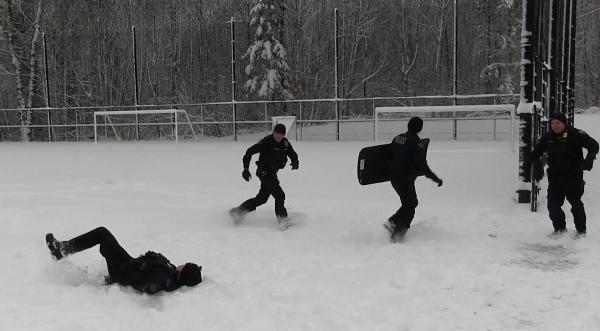 The battle was short-lived, and although the officers put up a good fight, in the end the local kids prevailed!

“Officers put up a valiant effort, but were immediately out-gunned and numbers were just not on their side,” the Duvall Police Department wrote on their Facebook page. “Officers apologize to Officer Clark who was left behind as they tactically retreated.”

“We retreated, tactically, and kind of left one of our partners behind, which was kind of sad,” Officer Rhodes elaborated. “We felt bad, but he was on his own.”

Officer Rhodes says that moments like these are great for all involved. Kids learn not to be fearful of law enforcement and the cops get to relax and just have a little fun for a change.

“Most people weren’t able to go in to work, so we had a lot of people walking around, sledding down some of the streets and stuff,” said Officer Rhodes. “As long as everyone’s being safe, we’d like everyone to have a little bit of fun and we like to have fun sometimes too.” 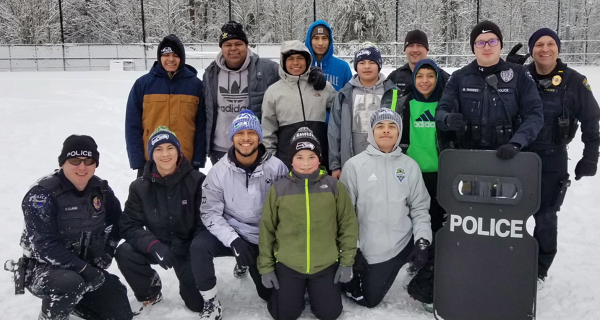 Duvall Police weren’t the only law enforcement officials who made the best of the snowy day in Washington State. Video of police in Bothell, Washington going sledding with the local kids has now gone viral as well!

Roadway conditions, perfect for sledding…not so much for driving. Lots of kids (and cops) out sledding so please drive safely and take it slow. pic.twitter.com/YTodiOXFid

We just love seeing our local heroes connecting with their communities like this! With all the negative stories out there it’s important to remember that these hard-working members of our society are ultimately on our side. It’s great that they can let a little humor into their daily work days while also encouraging friendship and respect from kids!

Watch the Duvall Police Department dealing with those “local hooligans” in the video below, and don’t forget to share this sweet moment with others.

COPS VS KIDS: Kids in Washington State were having a snow ball fight when local police officers decided to join in on the fun — resulting in an epic battle ❄️