I’ve ridden on subways in a handful of cities – San Francisco, New York, Boston, London, Paris, Tokyo – and they’re all pretty much the same wherever you go: Metal tubes filled with shadowy figures, many squeezing to be as small as possible, avoiding the touch of commuters on either side of them.

Most sit there in silence, gazing off into the distance or at their smartphones, rarely making eye contact. Still, it probably wasn’t entirely surprising – or completely out of character in a place like New York – when one young man broke that mold one spring day in 2013 by hauling out his saxophone; because who doesn’t enjoy a little whimsical entertainment on an otherwise uneventful ride? 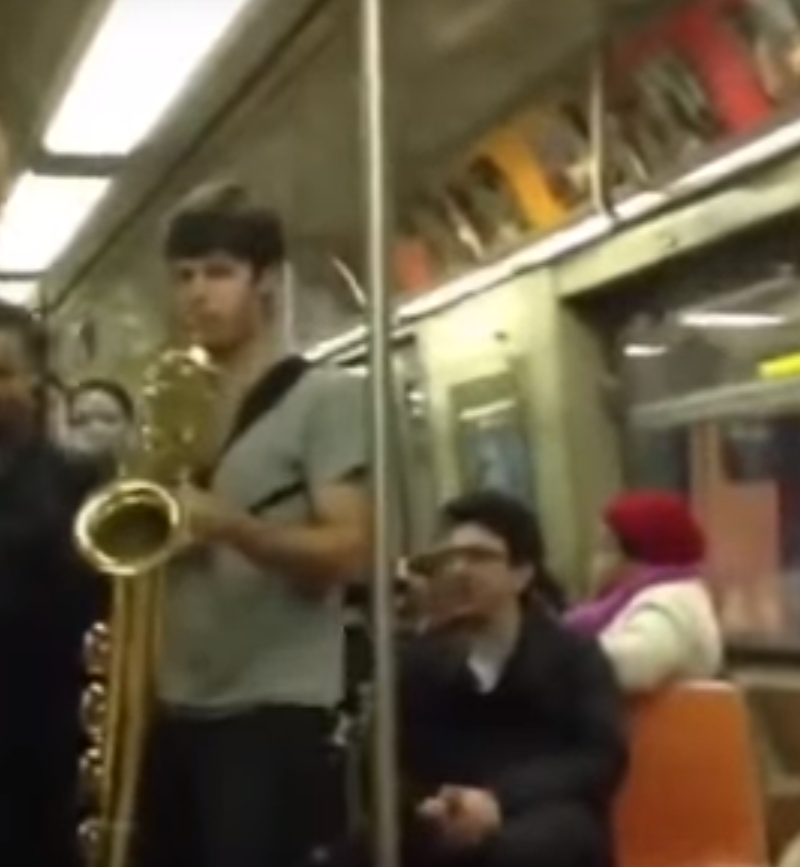 What made the experience truly unique, however, was when a second young man heard the siren call and decided to join in. Whipping out his own sax, he strolled playfully down the aisle to the beginning notes of “Billie Jean.” 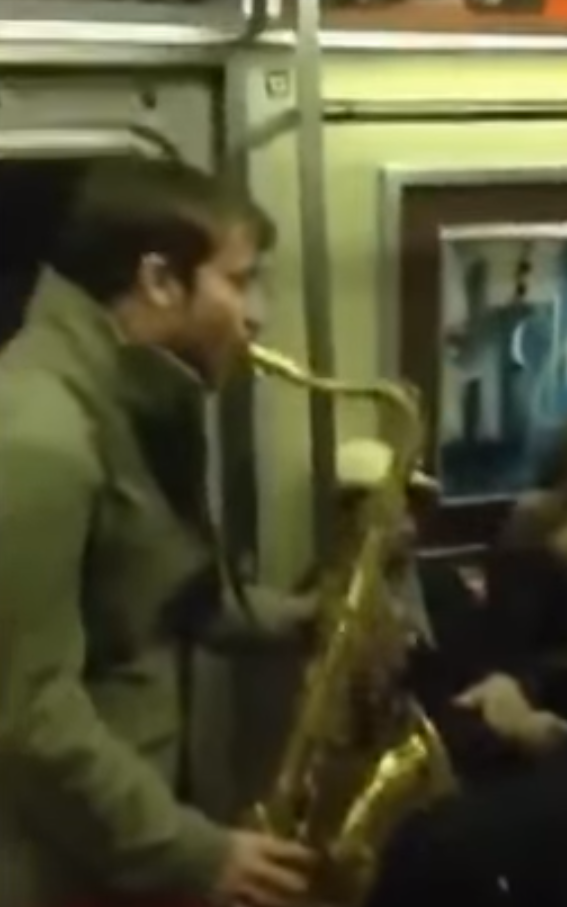 Meeting in the middle of the car, the two men – Zach Mayer playing a baritone and Sapphire Adizes a tenor – regaled their subway cohorts with their dueling saxophones. 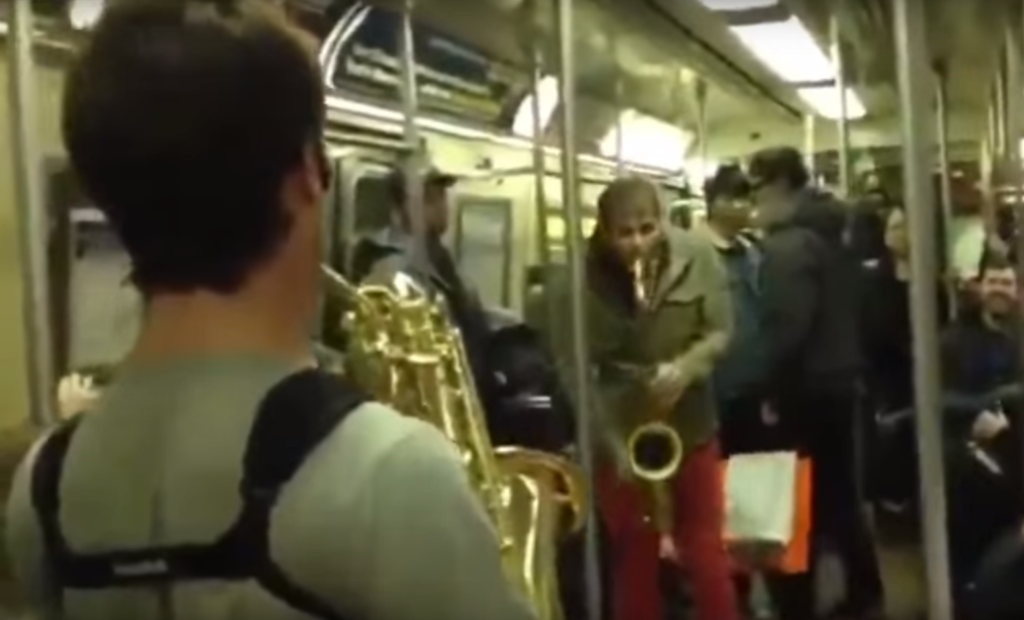 These two talented musicians managed to brighten the days of dozens of unsuspecting passengers that day! 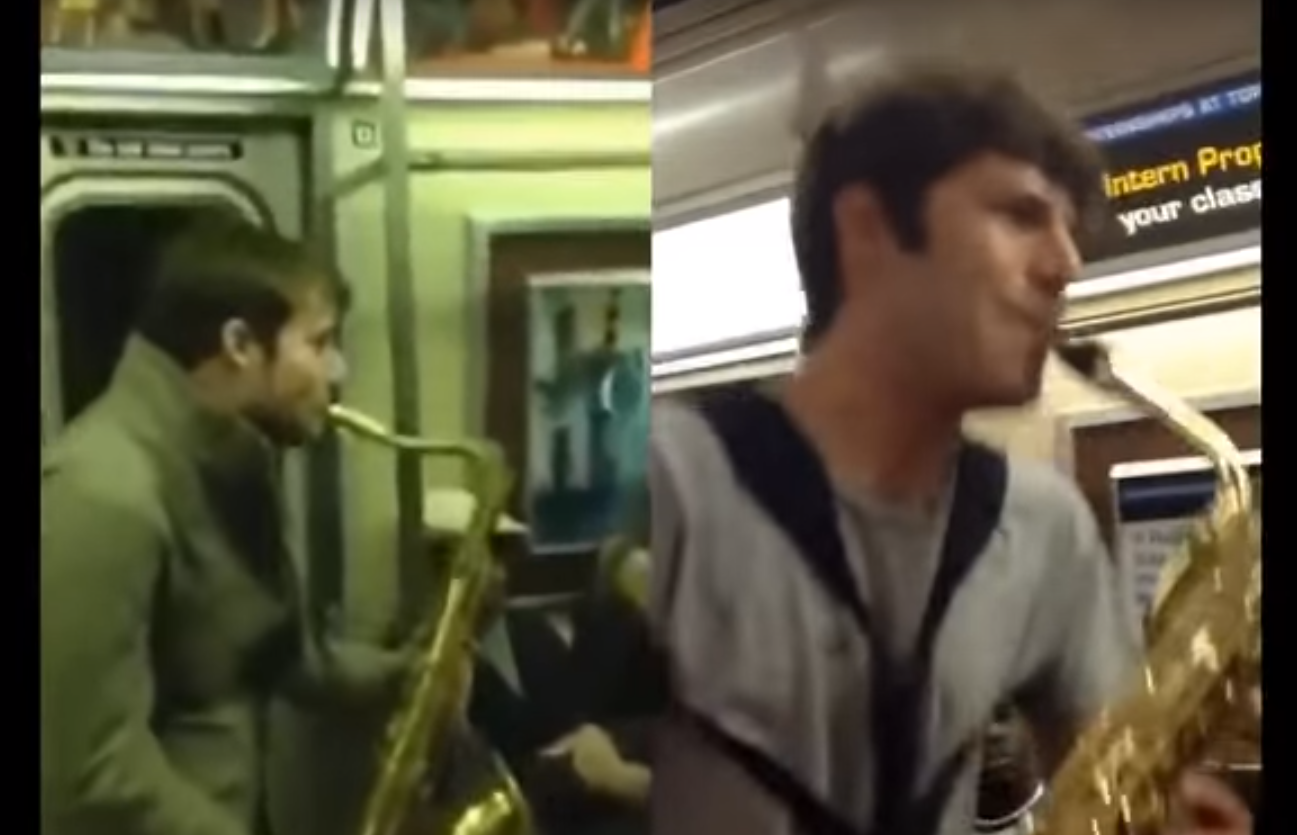 Check it out below, and share to spread smiles!