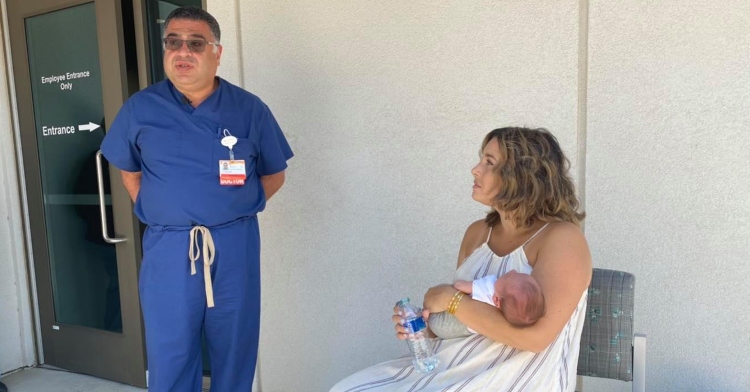 Doctor Delivers Baby On 1 Leg After Being In Car Crash On Hi...