Dr. Dan Harrahill dedicated his life to the service of everyone around him. The old fashioned physician made a habit of making house calls and even showed up to local sporting events just in case someone got injured. The big hearted, small town doctor did just about everything for everyone – so when the time came to honor him, his small Nebraska community came together in a huge way.

Dr. Dan was diagnosed with colon cancer in November of last year. The 51-year-old quickly took a turn for the worse when on March 23rd, he was told he only had a week to live. The ailing physician would never see his oldest daughter get married, or his only son’s graduation.

Determined to honor their father, husband, and friend, the entire community of St. Paul, Nebraska banded together to coordinate the biggest surprise for Dr. Dan. Thanks to them, he would see both his daughter, Emilea, walk down the aisle and his son, Noah, walk across the stage for his diploma. 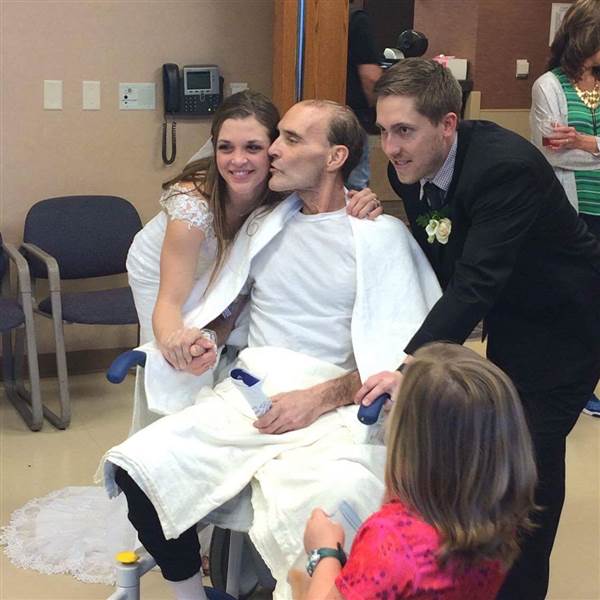 “I thought it would be just a few people and just a few words. But the community exceeded any expectations I could have had,” said Emilea Harrahill, his 23-year-old daughter, who exchanged her vows at the hospital where her dad spent his last moments. “That’s an attribution to our dad. He’s always been there to help the community. When it was our turn to need the help, they delivered tenfold. It was beyond words.”

In the end, hundreds of people showed up to St. Francis Hospital to watch the nuptials commence. Noah played piano while his sister walked down the aisle hand in hand with her wheelchair bound dad.

“It was incredible. It was the best moment I could ever ask for,” said Emilea Harrahill. 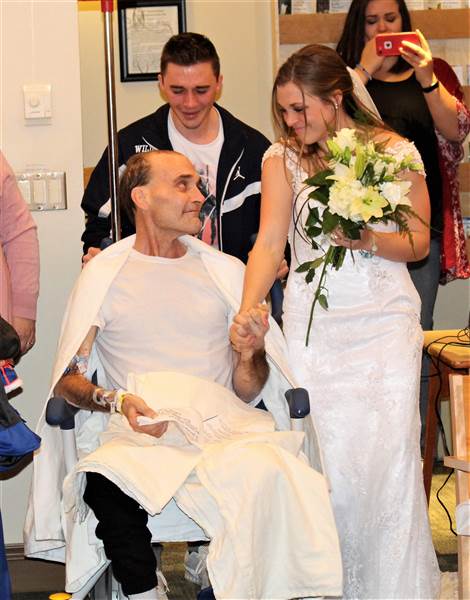 As for the big graduation, a few of Noah’s friends rounded up caps and gowns, valedictorian and salutatorian speeches were written in record time, and a few students learned to sing and play ‘Pomp and Circumstance’ for the ceremony.

“On that day he was all smiles,” said John Poppert, the superintendent at St. Paul Public Schools, and a close friend of Dr. Dan’s. “His last two weeks were a lot of smiles and a lot of laughter. He was comfortable with what was happening.” 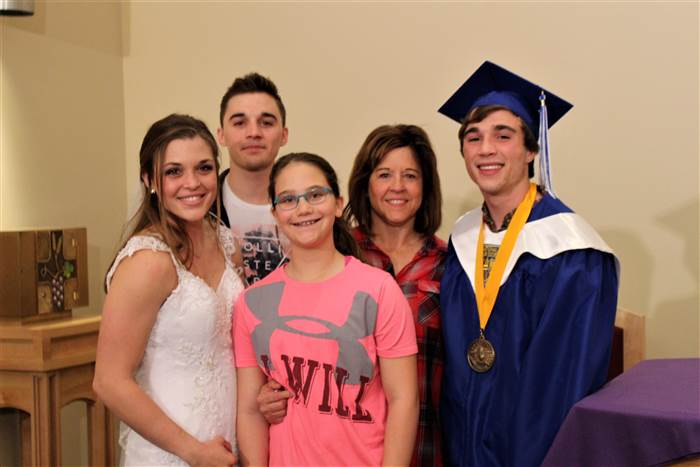 Though the circumstances of Dr. Dan’s passing are sad, the way in which he chose to live his life after his diagnosis should be inspiration for us all. Look around, appreciate what you have and know that while you’re here, the only way to go is up.

Share and spread this message in memory of Dr. Dan.