You’re never too old to experience the blush of first love, and never let anyone tell you differently.

Don’t believe us? Here’s proof: Dorothy Williams of Macomb, Michigan is 93 years old. Her husband passed away almost 25 years ago, and though she’d had plenty of opportunities to date, she never found anyone worthy of her love. Then one day her adult son, John Williams, went to fix a leaky roof for 87-year-old Richard Rola, who lives near where John lives with his mother. 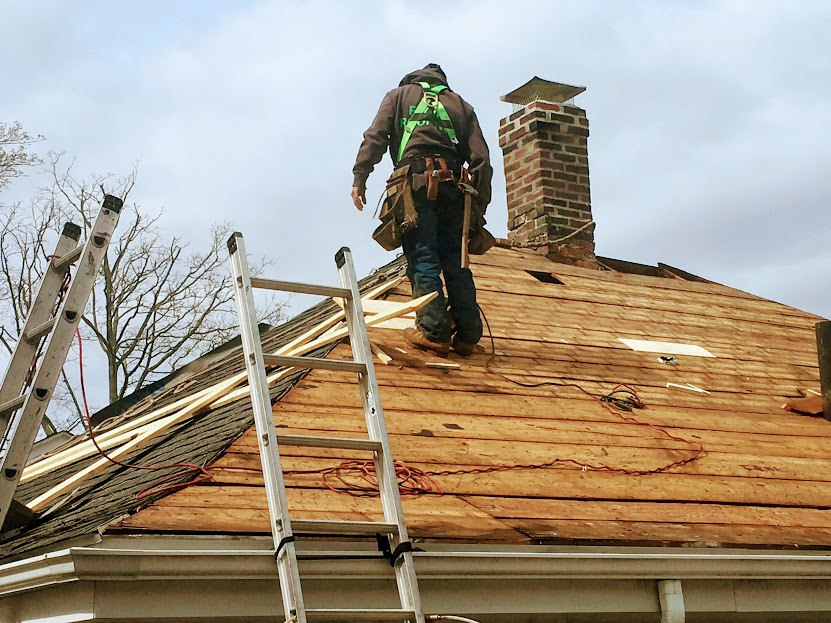 After bonding over a shared love of Polish memorabilia, John thought Richard seemed a bit isolated and lonely, so he invited him to come polka dancing with him and his mother. Richard was also a widower, and he admits that he was “really depressed” after his wife of almost 60 years had passed away four years prior.

Dorothy wasn’t thrilled about her son inviting Richard to their monthly polka dance, but John assured her, “Mom, he don’t care about you, he just wants to join the polka.'” 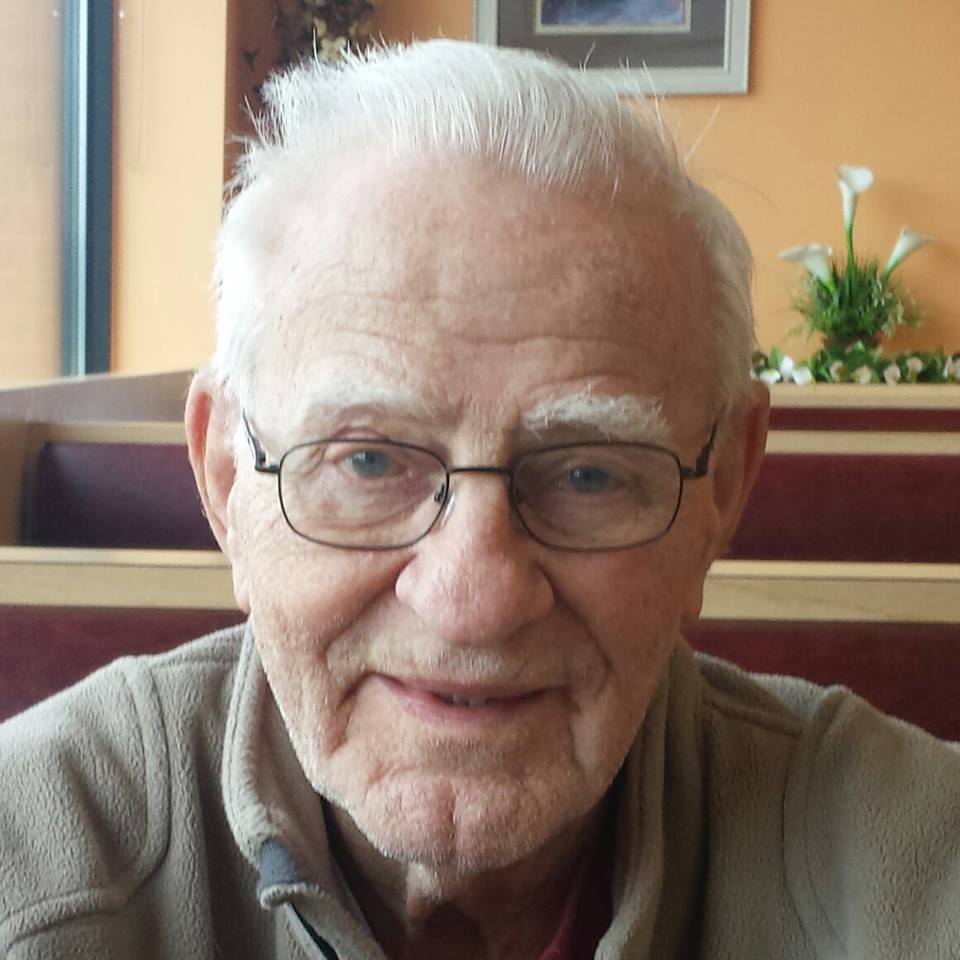 When the polka date rolled around, Dorothy begrudgingly went along, and before she knew what was happening Richard managed to sweep her off her feet with his old-world charm.

“I never met a Dorothy I didn’t like,” Richard told her smoothly, proving that at 87 he still has more game than most men half his age. Soon Dorothy was laughing along to Richard’s jokes, and before long their friendship evolved into something neither one of them ever expected: love. 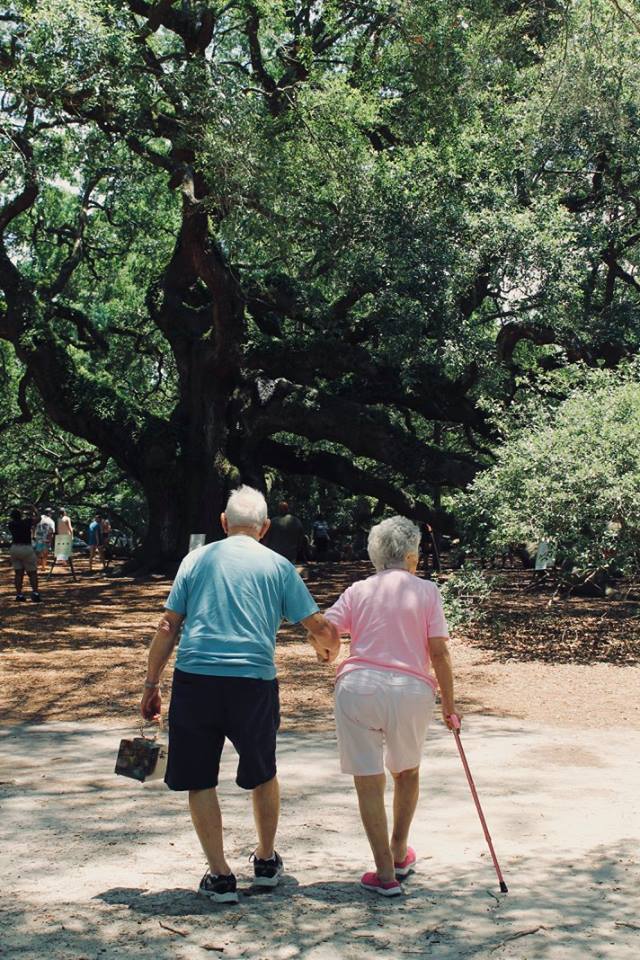 “It was a little bit of a shock when I saw him showing up at the house with flowers two, three days in a row,” John Williams said. “He’d bring little gifts for us, too.”

John said he hadn’t seen his mother so happy in years, and Dorothy admitted that she was just as shocked as anybody when she realized she was falling for Richard. 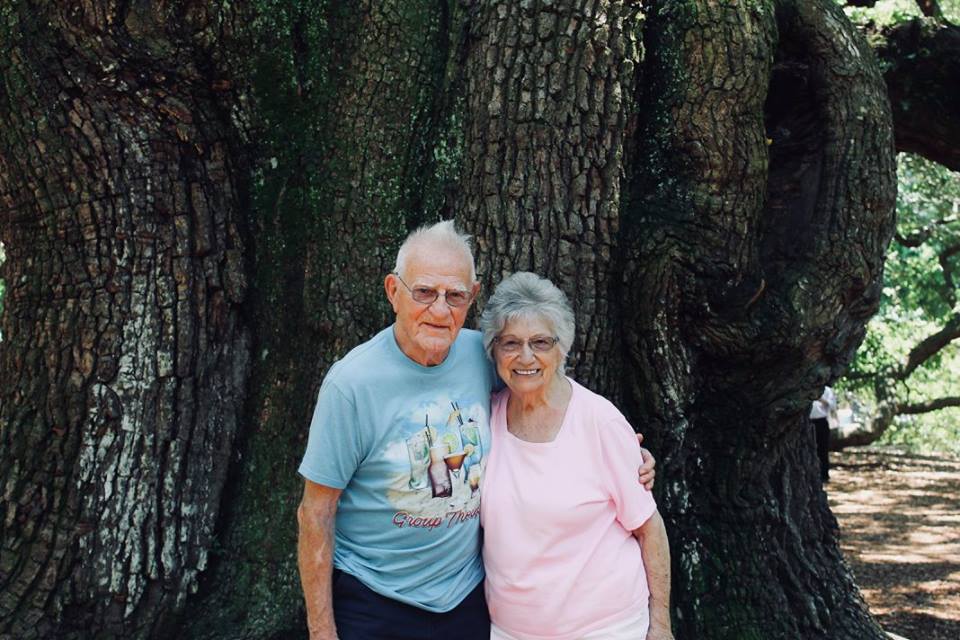 “I never, never wanted to [date again]” she said. “Then he came along and I couldn’t believe it. He’s a complete gentleman from the old school. He still opens doors and takes you by the arm, all the good things. He’s concerned about you.”

Over the next two years they fell deeper in love, and Richard popped the question one evening when they were having dinner with their whole family. “She was just as happy as you could possibly imagine,” John Williams said. 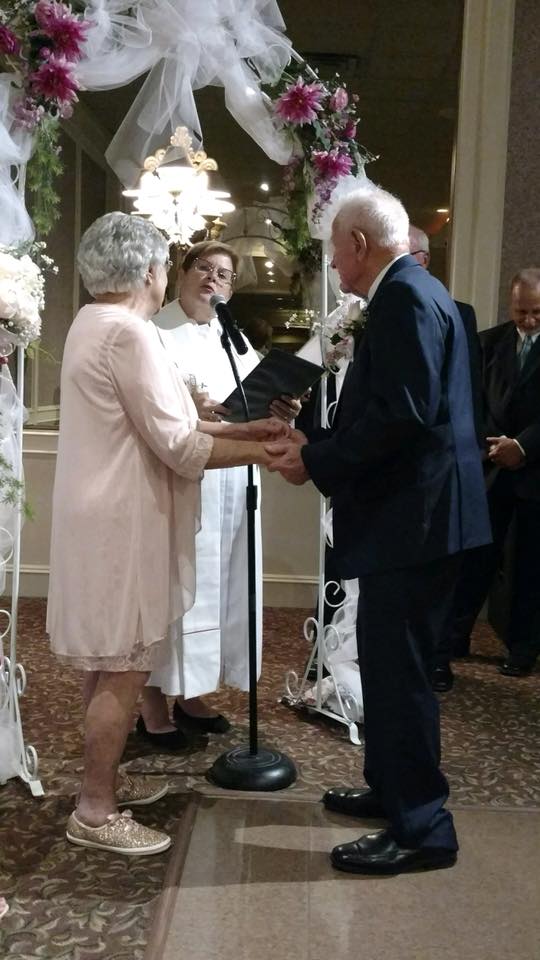 Dorothy and Richard’s family took the reins as they planned their 150-guest wedding, planning everything except the menu for their elderly bride and groom. The wedding was a huge party for their entire extended family, and they all had a blast dancing the polka for hours into the night.

Dorothy moved out of John’s house and now lives with her husband nearby, and their love reminds all who see them of the sort of blazing first love we only get to experience a few times in our lives. 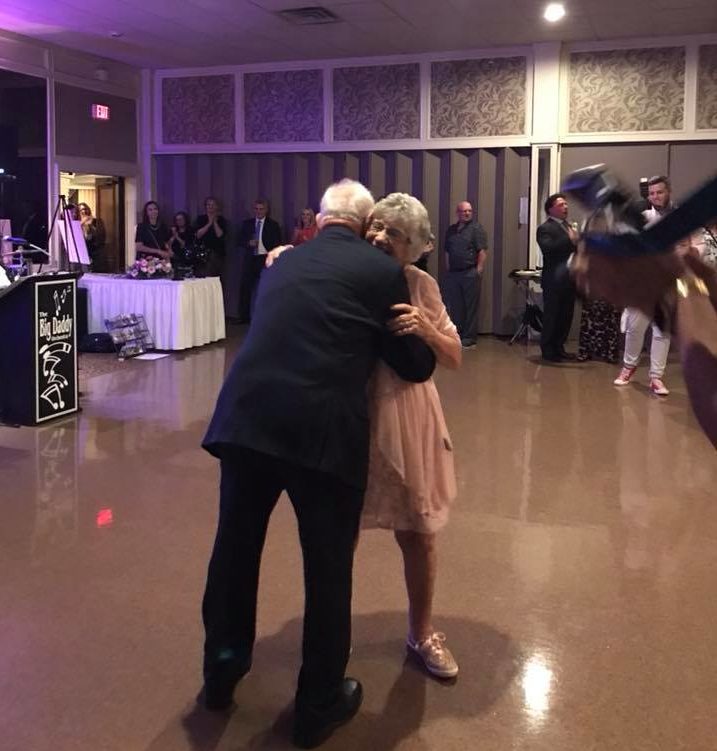 “These two are walking around like two love birds, kissing and holding hands,” John said happily.

“You don’t have quite all the energy and the excitement, but it’s still there,” she said. “It don’t matter whether you’re 93 or 16, you still have the same feelings.” 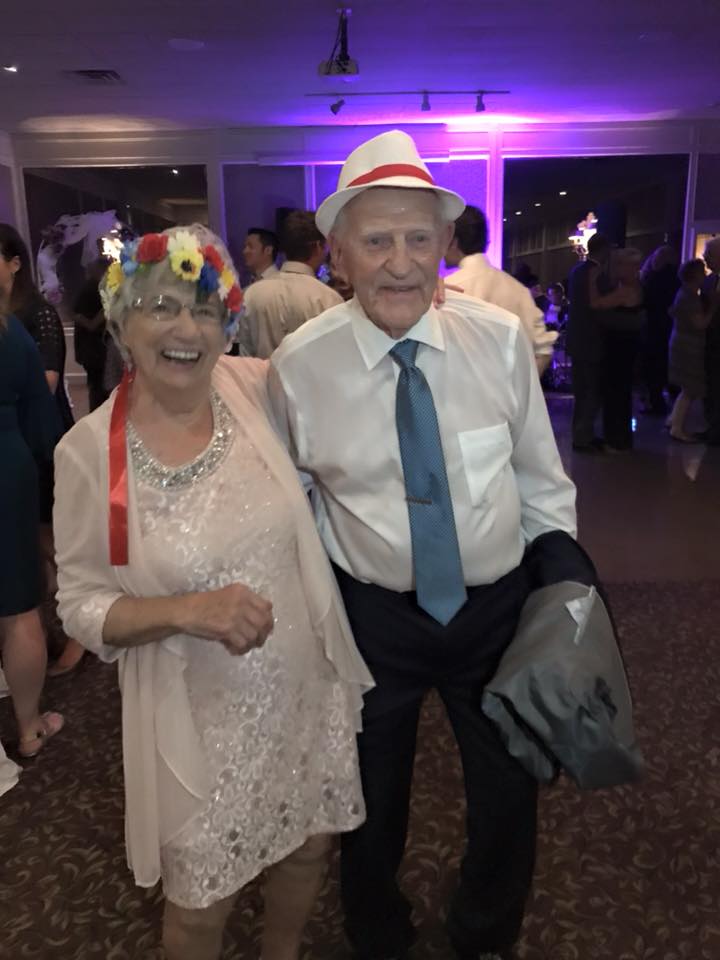 There you have it — you’re simply never too old to find “the one!” Just being open to love and romance is all it takes. Well, that and a leaky roof, in the case of Dorothy and Richard.

Congratulations, you two crazy kids! Please share this story to spread the love even further!