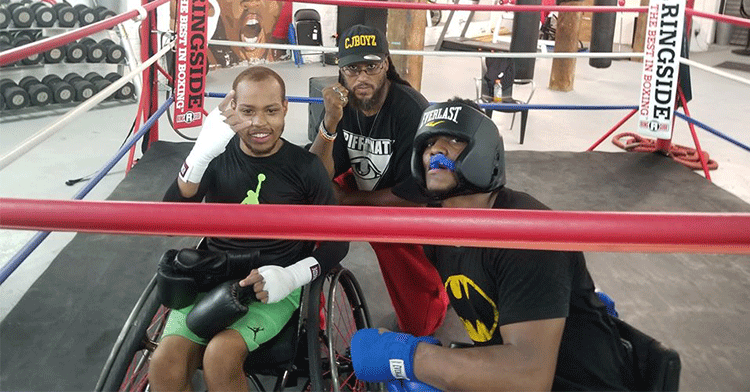 After Losing His Legs, Aspiring Marine Finds New Purpose In ...

Life can change in an instant. It’s how we pick up the pieces and move on that defines our character.

When Donahue Fields was 19 he was 6’5 and strong as an ox. He was considering joining the Marines, but a terrifying act of violence changed everything when he was shot by a stray bullet while walking down a New York City street. The bullet pierced his spinal cord and both his legs had to be amputated. 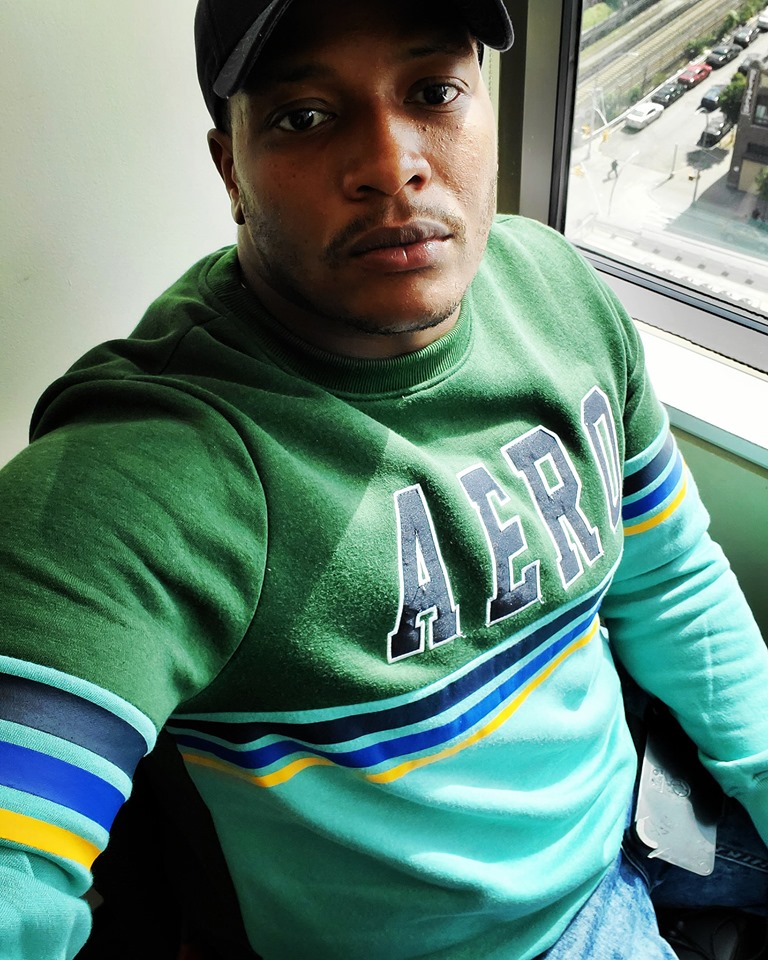 Things went from bad to worse for Donahue after that. As he was recovering from his amputation in a nursing home he was beaten and robbed, leaving him feeling helpless and “less than a man.” He admits that he was suicidal and mired in a deep depression from which he feared he’d never recover. Unable to exercise, he gained weight which made it even harder to see the way forward.

Things began to look up for Donahue after meeting and falling in love with his partner Jasmine. He suddenly regained his desire to work out, and after his assault, he was determined to find a way to defend himself while in a wheelchair. When he finally returned to the gym, he found a lot more than just exercise equipment waiting for him. 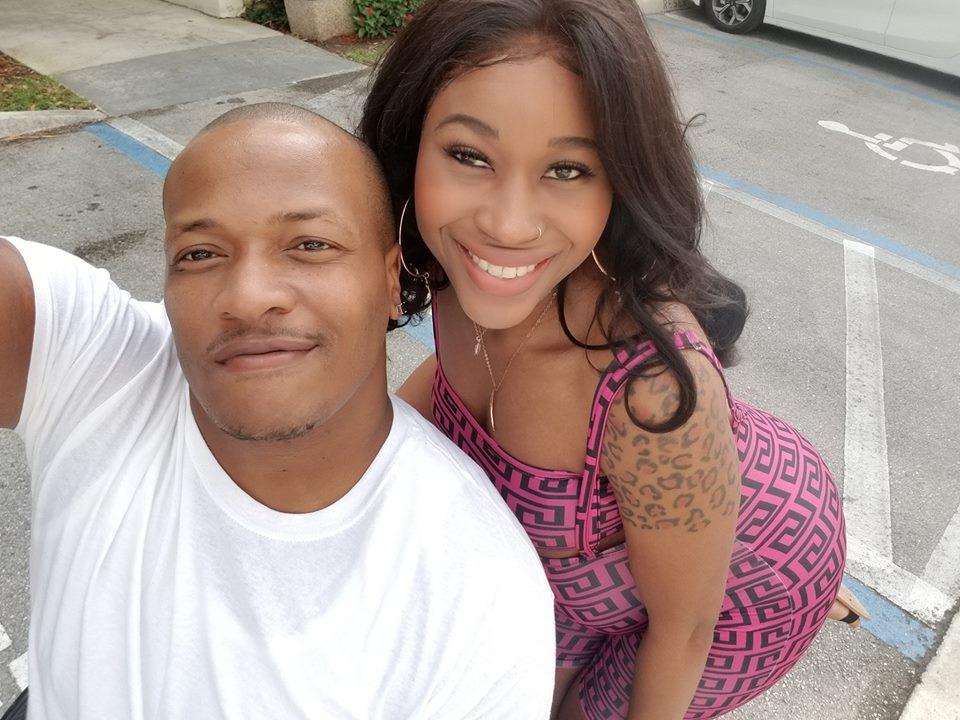 Donahue discovered a sport that would give him the confidence he needed by teaching him self-defense while also helping him get into his top physical shape: adaptive boxing. “I found confidence, a confidence that I was meeting goals. I was getting better at something,” said Donahue. “It played [to] a part in me wanting to try other things and wanting to become better — to apply myself.” 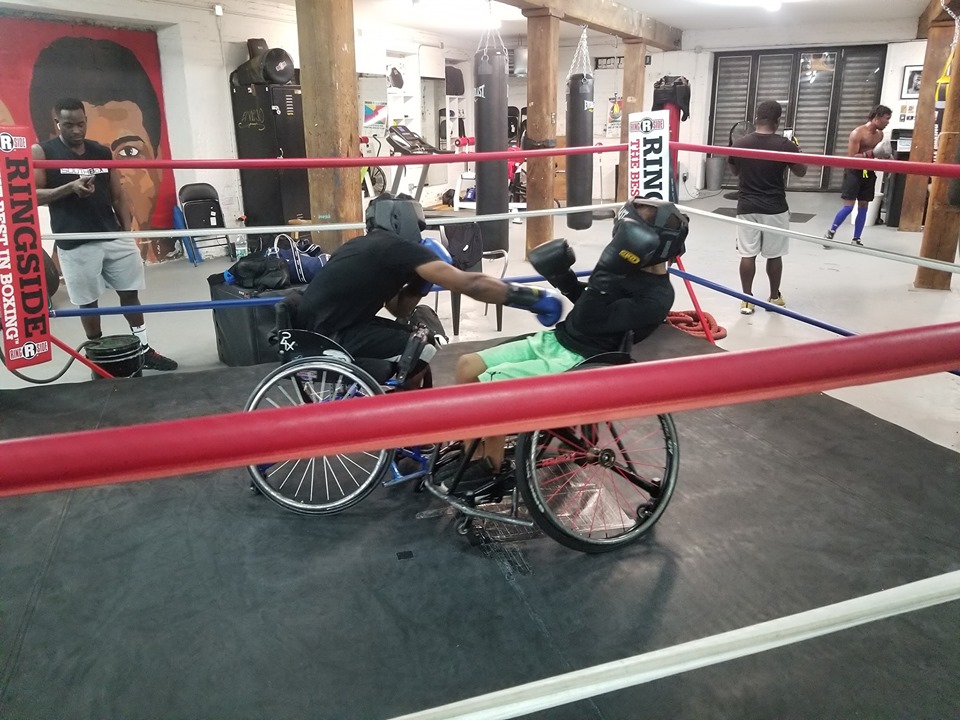 Once he felt strong enough, Donahue focused his efforts on helping other disabled people find their strength and confidence, too. He rented space in a gym and started Hannibal Camp, an adaptive boxing organization for people with disabilities. People who come to Hannibal Camp have cerebral palsy, multiple sclerosis, and other developmental disabilities. Others are recovering from trauma like Donahue’s or strokes.

“I wanted people to enjoy it the way I’m enjoying it to create a self-esteem boost,” he says. “It starts with security, and then you apply that in other areas of your life. Hopefully, they experience the same thing I did and just keep growing and growing.”

Even as his adaptive boxing program grows, Donahue has never stopped achieving his goals. He hopes to get his sport included in the 2020 Summer Paralympics, and he plans to scale Mt. Kilimanjaro in winter 2020. “Don’t be afraid to try new things,” he advises. “You know the most difficult tasks are the most rewarding.” 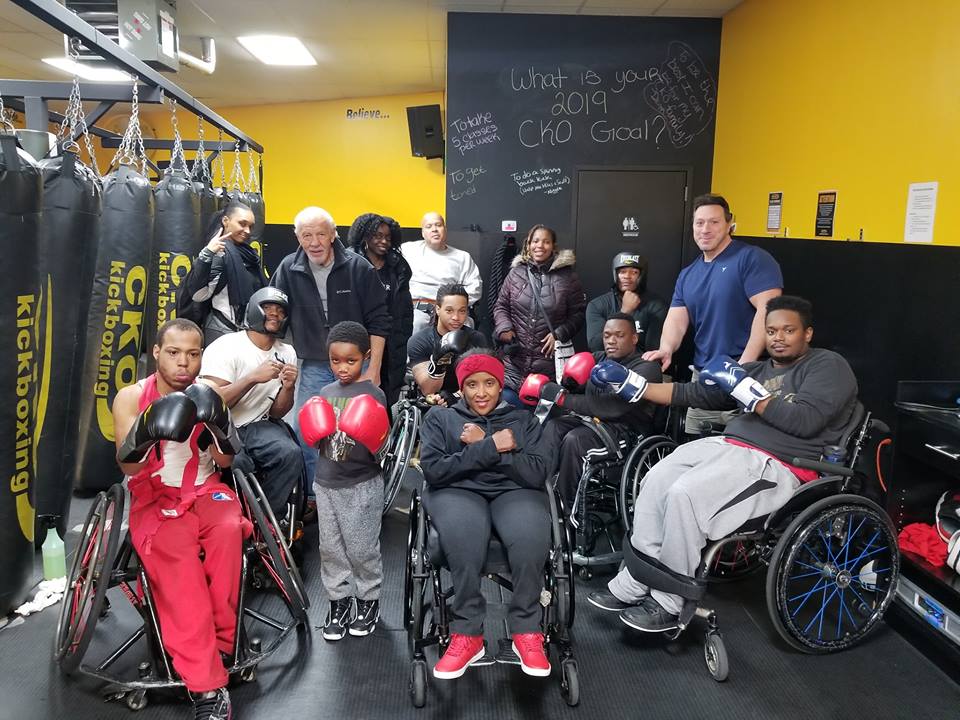 Donahue would have made a wonderful Marine, but clearly he was meant to serve a different purpose. By learning how to take his own power back he put himself in the perfect position to help others as well. His zeal for life and refusal to give up is an inspiration to us all.