You’d have to get up pretty early in the morning to fool some grandparents.

Owen and Ethan Cooper of Shawnigan Lake, British Columbia, were delighted when they showed up at the Toronto airport and found their grandmother waiting for them dressed in a giant inflatable dinosaur costume. When she planned a visit to meet the boys’ new baby brother, the kids decided to take a page from her book and don some dino-costumes of their own. 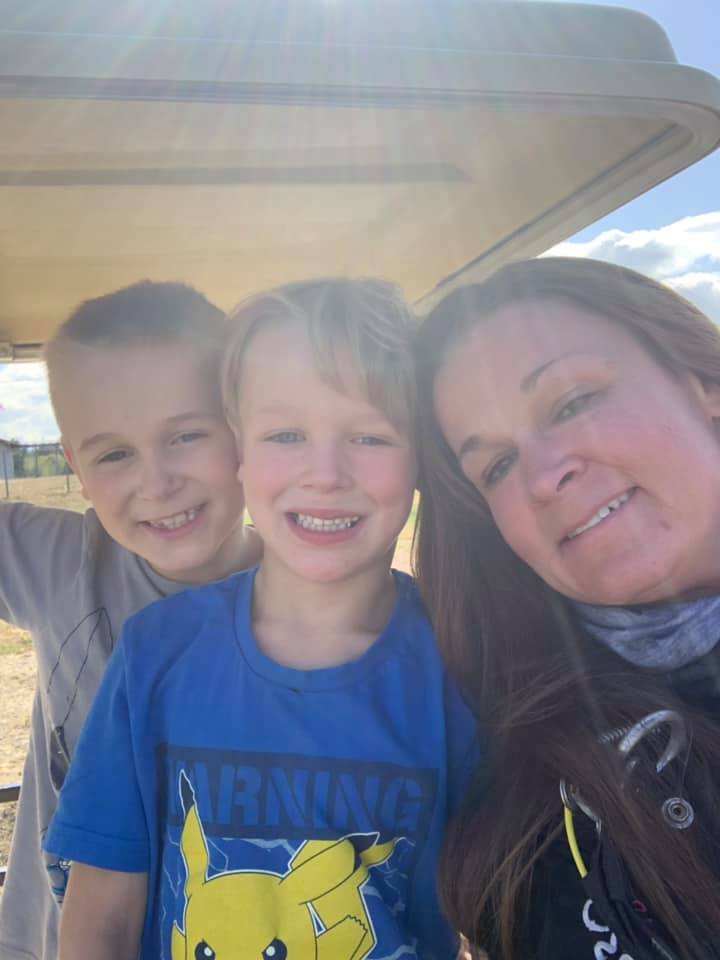 Mom Tabitha Cooper was all for the idea, pulling out their Halloween velociraptor costumes for Owen and Ethan and recording video of the moment their grandmother game through the gate at the airport. Once dressed up in the funny costumes, the boys entertained other passengers by hopping around in the comically-huge dino suits, doing a little jig as they imagined the look on grandma’s face when she saw them.

But when grandma finally appeared in the doorway, she had a little surprise of her own. Somehow she’d managed to put on her T. rex costume after the flight because instead of her smiling face the kids were greeted by the cheerful, bouncing image of “Grandma-saurus Rex!” 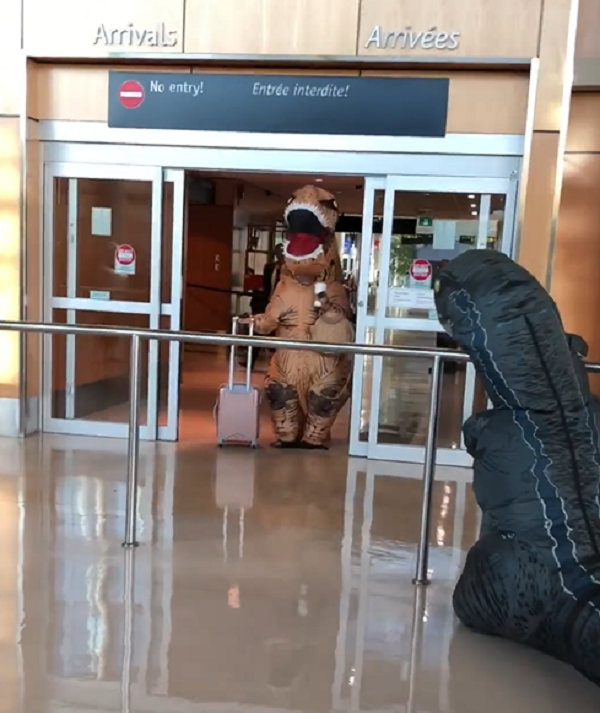 You can hear the crowded room reacting to the scene as Grandma T. rex happily jogged out to hug each grandson-raptor in turn. Tabitha was the only person who wasn’t the least bit surprised that grandma had one-upped their surprise. “She’s nuts!” she said with a laugh. “They thought they were getting her back,” said Tabitha. “Little did they know she’d be dressed as a dinosaur as well.”

Grandma later said she pulled off the surprise by packing her costume inside her carry-on bag. After she got off her plane she had a friendly security guard help her into the suit, most likely choking back giggles the entire time. 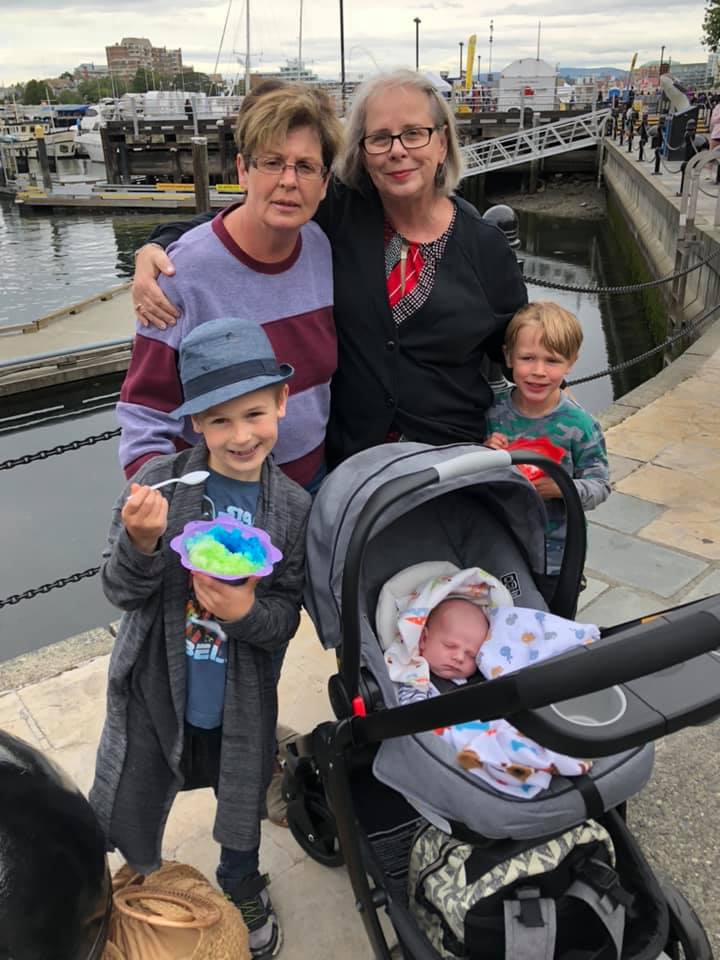 The video is so funny it’s been viewed millions of times. We’re not sure what this family will come up with to top this Jurassic airport surprise, but something tells me they’ll be buying the new baby a dinosaur costume ASAP. We’re certain they’ll have a good time planning it, whatever they decide.

Watch the dinosaur reunion in the video below, and don’t forget to share to inspire more whimsy in life.