We’ve seen dozens of happy videos of military personnel returning home to their excited families, but one Florida family managed to show us a reunion scene we’ve never seen before.

DeAndre Morris is a staff sergeant in the United States Air Force. He’d been deployed in southwest Asia for almost seven months when he finally got a chance to come home to see his wife Taylor Morris and their two kids. For Taylor, DeAndre’s homecoming was the perfect opportunity to try out their new… outfits. 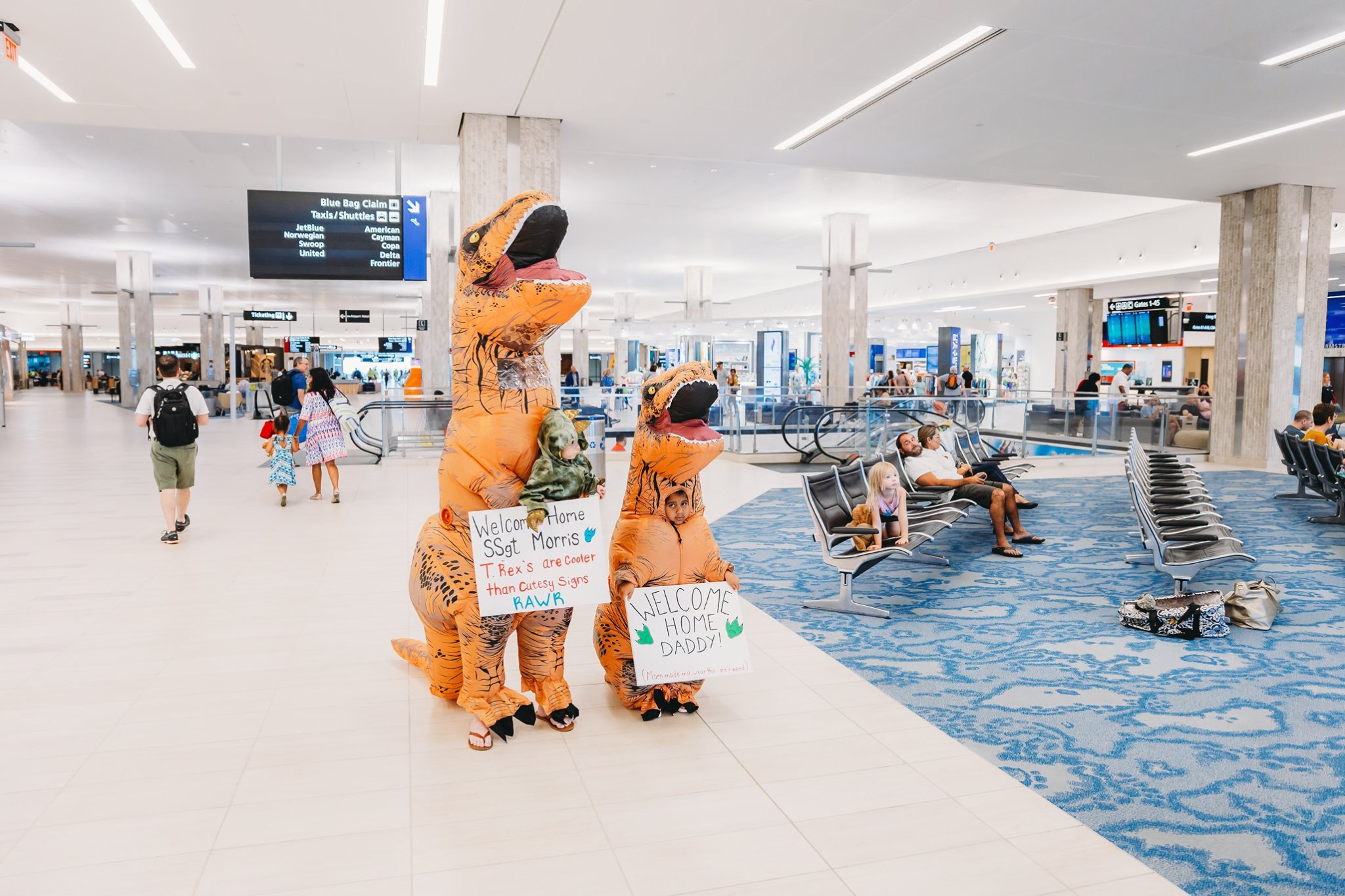 Yes, that’s Taylor and her daughter London inside those inflatable T-Rex costumes! (Their baby opted for a more comfortable dinosaur onesie.) Taylor had originally purchased the dinosaur costume because she wanted DeAndre to wear it to London’s school to surprise her, but after those plans fell through she decided to go with plan B. Since this is his second deployment, they also wanted to do something unique to welcome him home.

“We made cute signs last time so I wanted to do something funny this time around,” Taylor said. On the big day, Taylor and the kids met up with photographer Katie Vogel of Sweet Novalee Photography at the Tampa International Airport in Florida. Katie managed to capture the hilarious moment that DeAndre stepped into the terminal and saw his dino-fam for the first time. We absolutely love the look on his face! 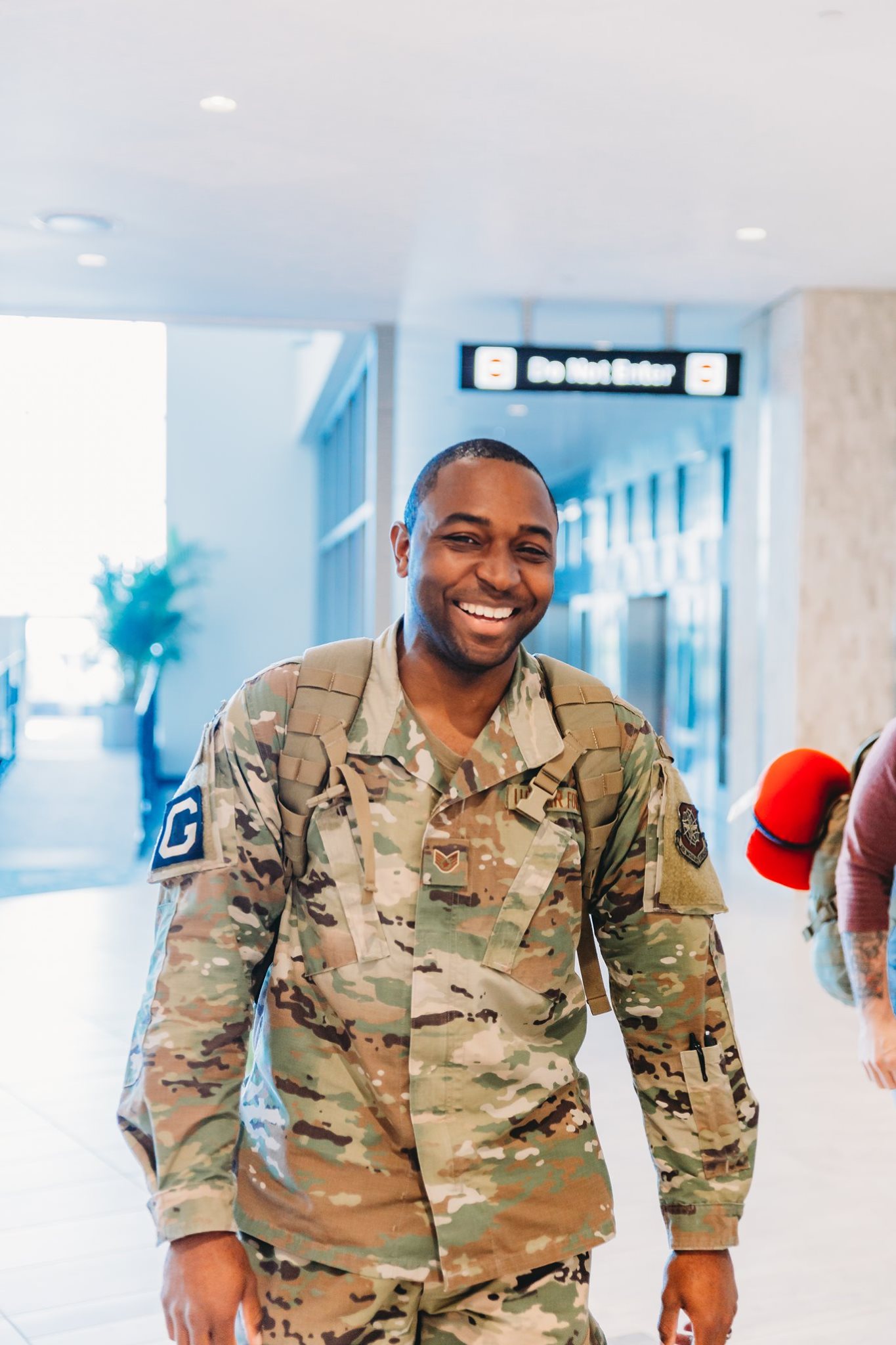 “During my pregnancy with our son, we didn’t find out the gender so we called him Little Foot, that is where the dinosaurs came from,” Taylor explained. “I just knew once that first plan fell through we’re gonna do this and be a family full of T-Rex’s.” 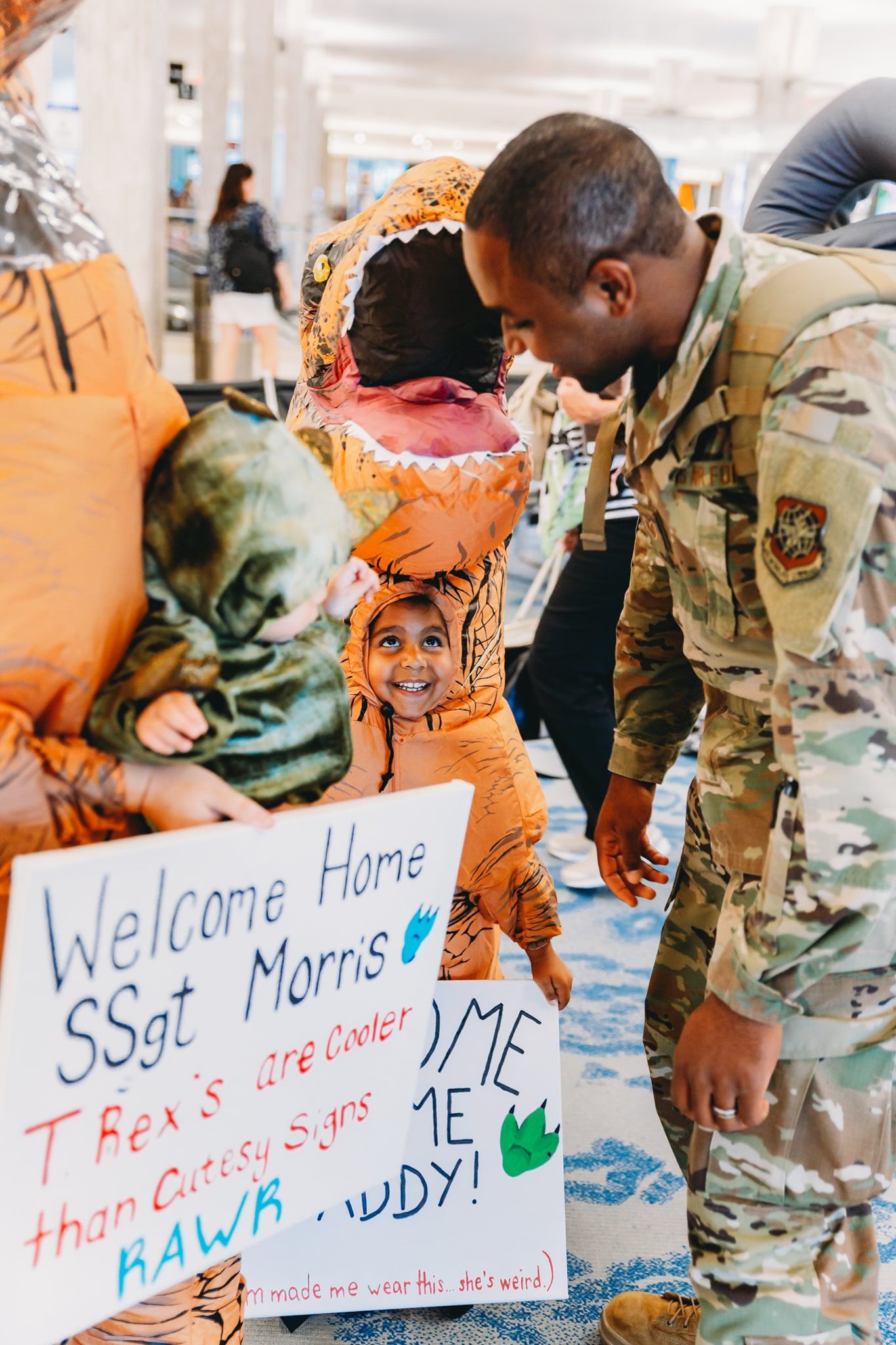 “RAWR T Rex’s are cooler than cutesy signs” read one of Taylor’s signs. London’s sign is even more honest: “Mom made me wear this… She’s weird,” it states.

Taylor says that the dinosaur welcoming committee was a big hit for her husband. Taylor says that DeAndre spotted the photographer first so he knew something was up, but there was no doubt in his mind that the trio of T-Rexes standing by were there for him. “At first he saw Katie and then saw the dinosaurs and started laughing saying yup that’s my wife,” Taylor said. “He thought it was hilarious!” 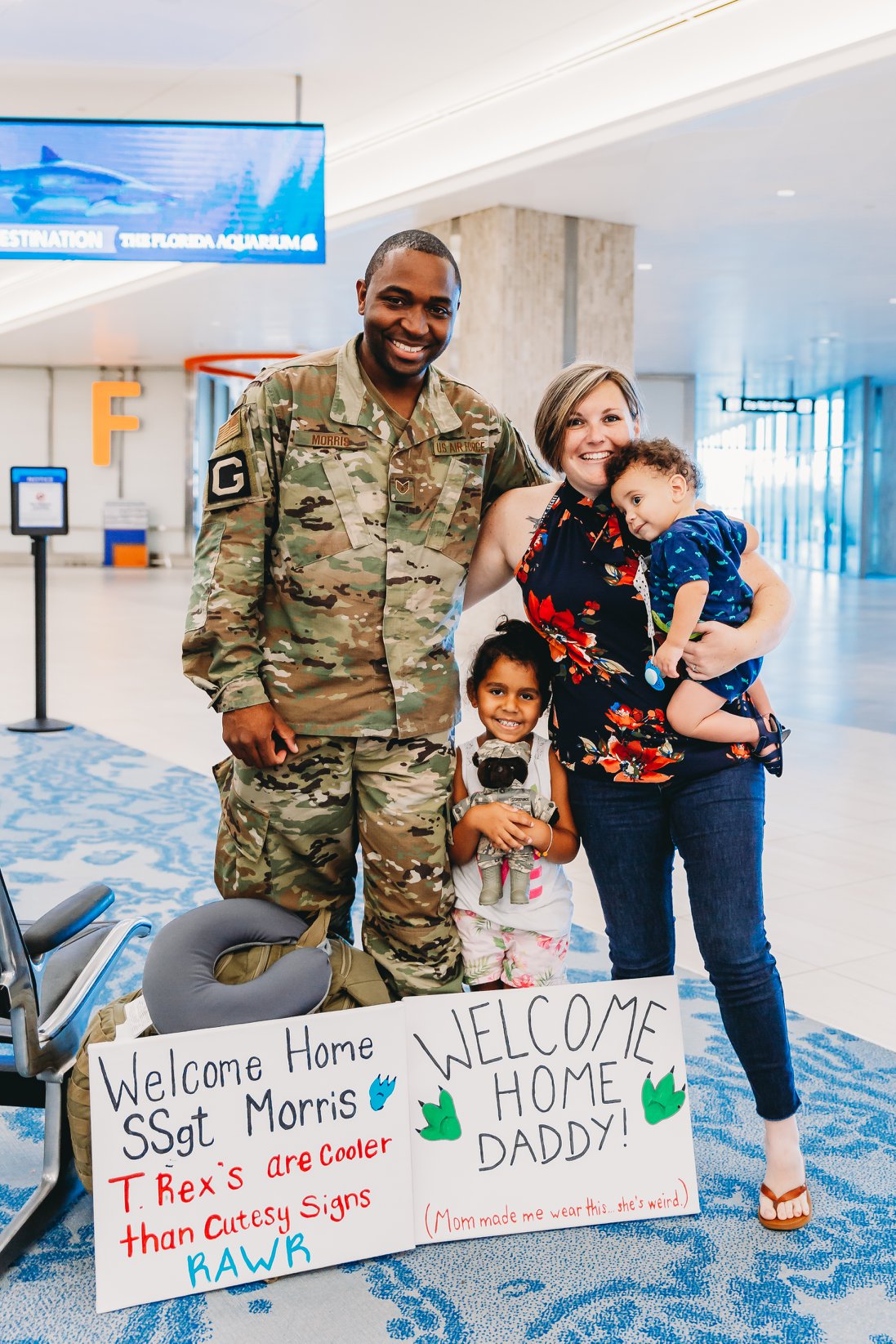 As if this family reunion wasn’t sweet enough, the family also revealed that DeAndre returned stateside on his son’s first birthday. We’re certain they had a wonderful time celebrating once they took off those inflatable T-Rex costumes! This is one military family that manages to find the humor in any situation.