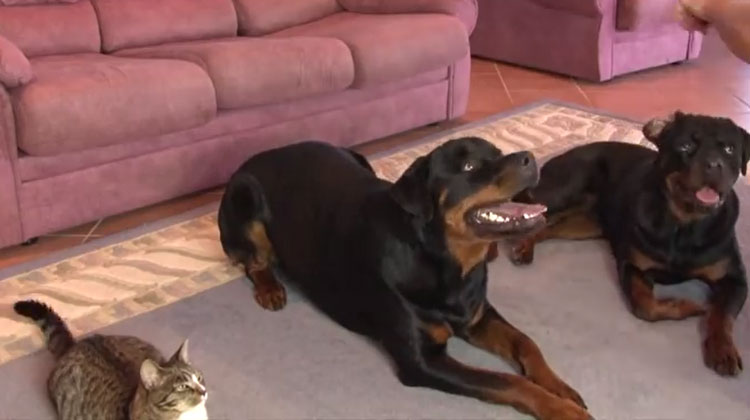 Owner Asks Dogs To Roll Over, But Cat’s Hilarious Reaction...

A lot of cat owners struggle with getting their cats to even respond to their names, much less learn tricks. So Robert Dollwet must’ve put in some serious time and effort into teaching Didga how to roll over, especially next to two hulking Rottweilers who could’ve easily made an afternoon snack out of her.

Dollwet, who lives in New South Wales, Australia, rescued Didga (short for Didgeridoo) from a shelter when she was just a kitten, so the two have had lots of time to bond and train. In the short video below, this wonder kitty performs one of her more basic tricks:

But that’s just child’s play. Didga actually has so many tricks in her repertoire, she holds the Guinness Book of World Record for “Most Tricks Performed By A Cat In One Minute.” 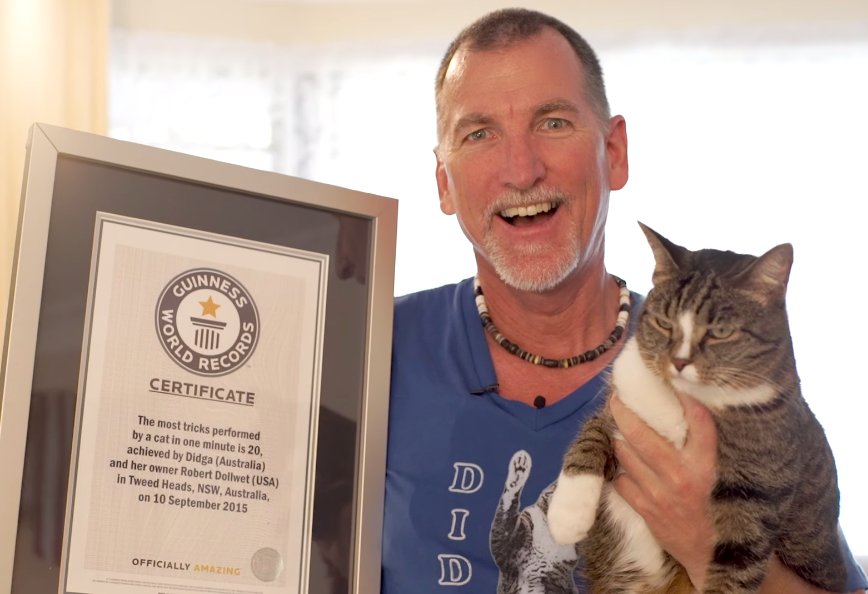 Here, she sits up on command: 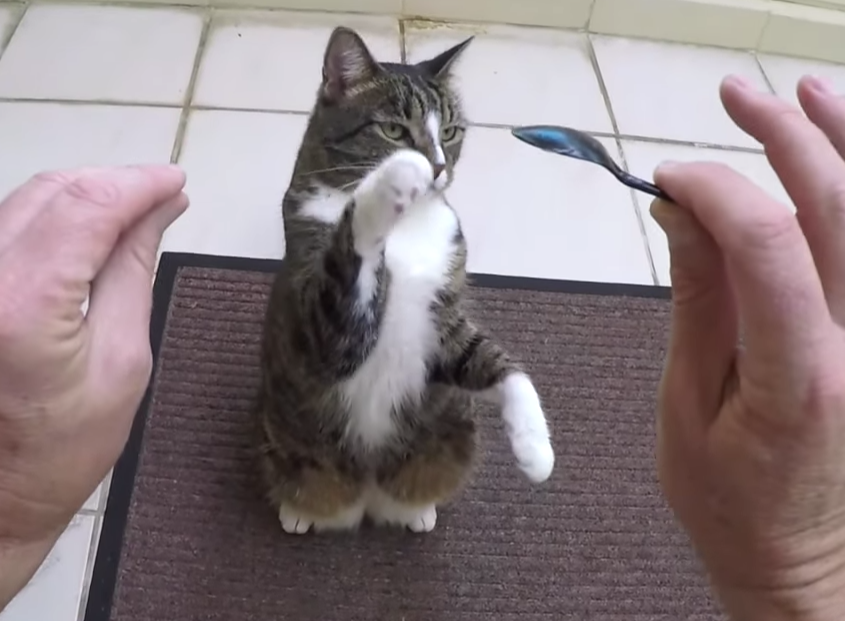 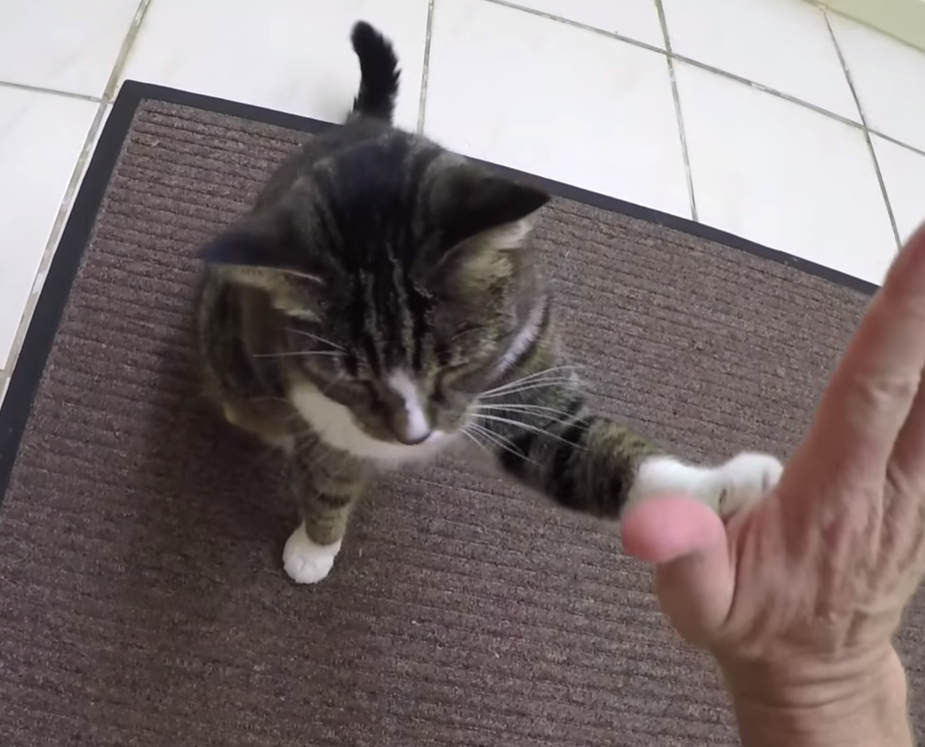 And here she is, taking off on her skateboard: 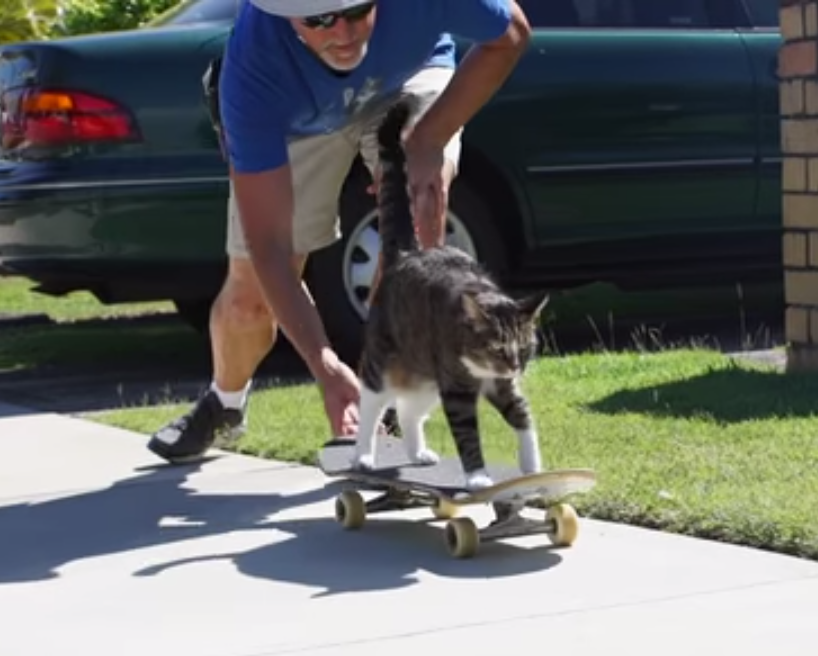 Wait. How do you teach a cat to skateboard?

Easy – positive training. From an early age, Dollwet got Didga to have positive associations with the skateboard by putting food on it. Once she got used to viewing the skateboard as her feeding station, “I would just start to roll it a little bit while she was eating,” Dollwet explained. 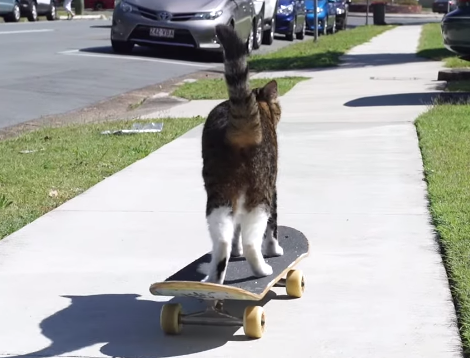 “Whenever she would stop eating, I would stop the skateboard,” he continued. “So it just became such a positive experience.”

Makes you wonder what kind of stunts Didga pulls when no one’s looking. I bet she can do a double back flip but just doesn’t want to look like a showoff. Especially in front of those Rottweilers.

Watch the video below to see this fancy feline do her Guinness routine, and share to spread amazement!