A video of a percussive guitarist and vocalist playing to a throng of onlookers in London caught fire recently, and people immediately began asking questions about the talented musician: Who is he, what’s that song he’s playing, and my goodness… where can we hear more?!

His name is John-o Challis, though he goes by the stage name Morf. He’s been a full-time busker since November 2014, when he quit his job with a large IT firm in Sydney, Australia. Now, he spends his days working as a street performer in London. 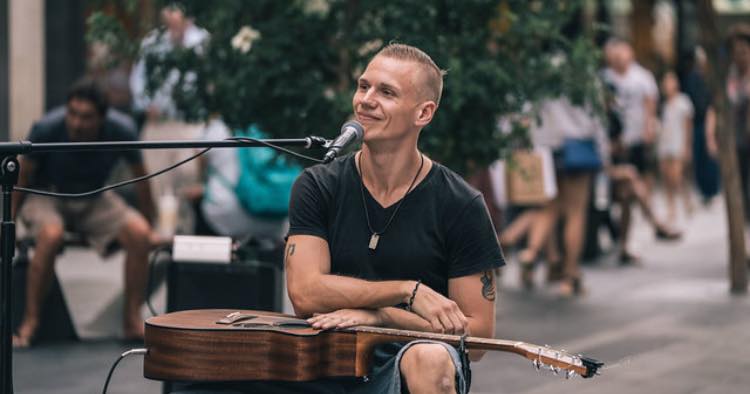 The video that launched him into the spotlight was shot in April, and it’s been viewed more than 18 million times (and counting) on Facebook. Other than his captivating stage (or rather, street) presence, what really sets this guy apart is the way he holds his guitar. 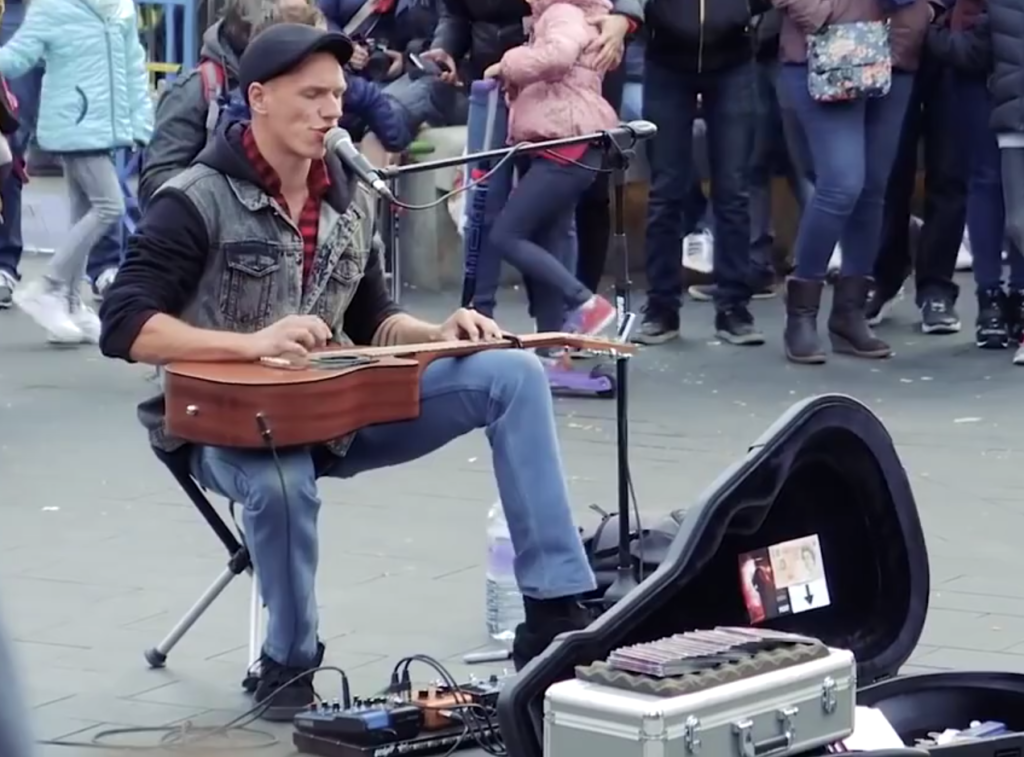 “I kind of taught myself over the years, actually,” he told “Good Morning America,” when asked how he came up with his unique style. “I learned the normal way and then just kind of got a bit bored … and started playing it on my lap instead.” 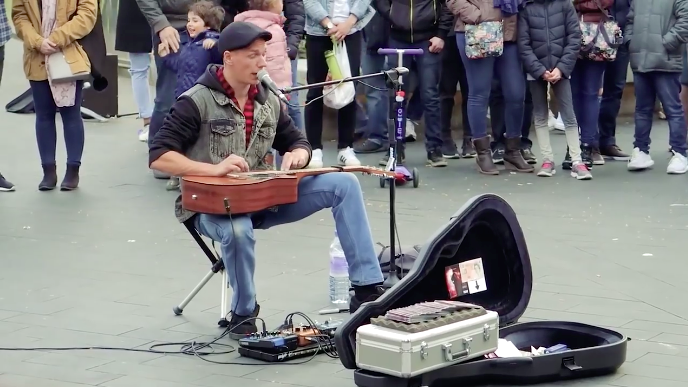 To find out more about Morf Music and his beautiful acoustic sound, click here.

Watch the video that shot John-o into viral fame. Share if you agree he has some amazing talent!

When you skip "good" and go straight to "bad ass"…