Most people don’t begin the average day expecting to change someone else’s life forever. In fact, it’s often seemingly normal or meaningless moments or interactions for one person that turn out to influence the other person’s life tenfold. Retired librarian Connie Mauro can attest to this truth.

For one of those patrons, a young boy who approached Mauro when he was about 7 years old, his library card offered him far more than just the ability to read. It strengthened his imagination and eventually helped lead to his success as a world-renowned actor. His name is Denzel Washington. 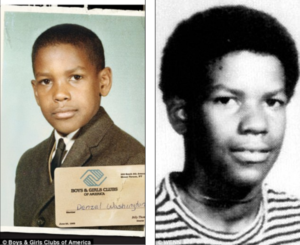 After living nearly a century, Ms. Mauro can’t be expected to remember every individual she helped at her job. However, it was the unique nature of Washington’s name that led Mauro to recognize him years later as he grew into a Hollywood icon.

Regularly boasting about her affiliation with the popular actor, Mauro tells others Washington was an eager reader, excited to learn. And since storytelling is the root of all theatre, Washington may have Mauro to thank for her part in his success. 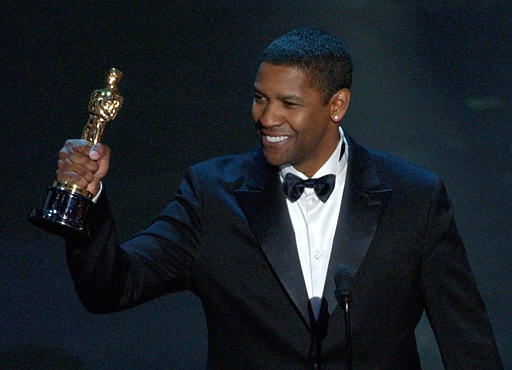 With her 99th birthday just around the corner, friends and staff at Mauro’s nursing home in Marietta, Georgia decided she deserved at extra special gift. Using social media as a resource, they got in touch with Washington, who knew exactly who they were speaking about. He had never forgotten “Miss Connie” either.

Washington agreed. So on the day of her 99th birthday, Washington made a surprise phone call to Mauro, much to the birthday girl’s delight.

Soon after, he gave her an even bigger surprise when he showed up at Mauro’s residence to celebrate and say “thank you.” 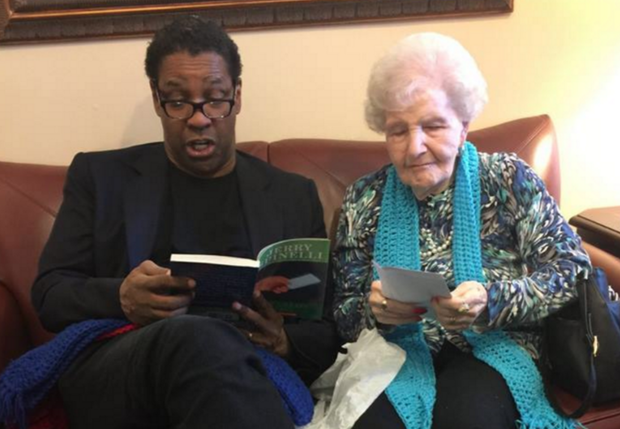 Bonded over a love for stories, the special pair were as natural as old friends. Guests and staff who were there enjoyed hearing their conversation.

“You don’t know how much you helped me. You helped me so much,” Washington told Mauro. Explaining his experience with Mauro to others at the event, Washington said this: “You never know what’s really impactful. You never know where the world is gonna take you. This lady had a profound impact on my life.”

And while it was her birthday celebration, Mauro’s giving nature shined through yet again, as she gifted Washington three scarves she’d knit specifically for him. 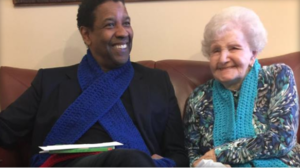 While it took decades and some loving friends to reunite the two, they agreed they’d spent too long apart, and Washington promised Mauro her birthday celebration would not be his only visit.

Watch the video below to see the sweet moment Denzel Washington called his childhood librarian and announced his plans to visit, and share!

Adoption is a beautiful way to add to your family, but the process can be long and arduous. Baby Rowan was born back in the summer of 2020, but it...

Feeling Down? Try Hugging A Cow For An Instant Mood Boost!

Cuddling with animals is a great way to relieve stress and feel happier. But you don't need to have a pet at home to get a furry mood boost —...