When police officers at the Daytona Beach Police Department in Florida received a call about a tiny shivering puppy who’d been abandoned underneath the Seabreeze Bridge, they didn’t hesitate to dispatch two animal control officers to the scene.

Officers James Lee and John Pearson arrived on the banks of the Halifax River where a concerned citizen had spotted the dog. 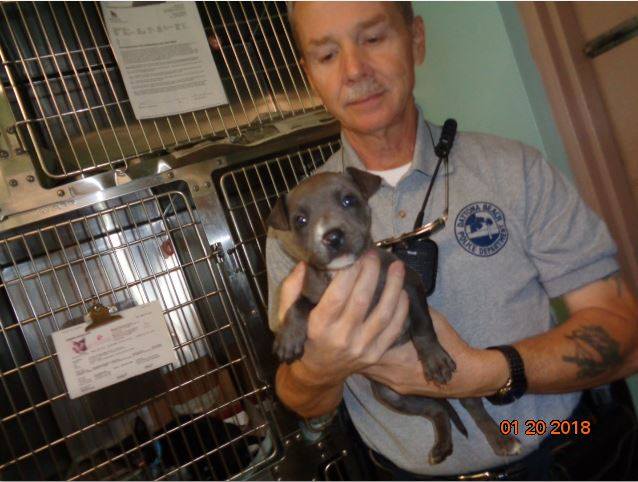 Sure enough, someone had penned the tiny gray puppy into an area under the bridge, trapping her on the cold, wet pavement and leaving her to die. The puppy was so cold she couldn’t move at all, she just shivered and whimpered pathetically. 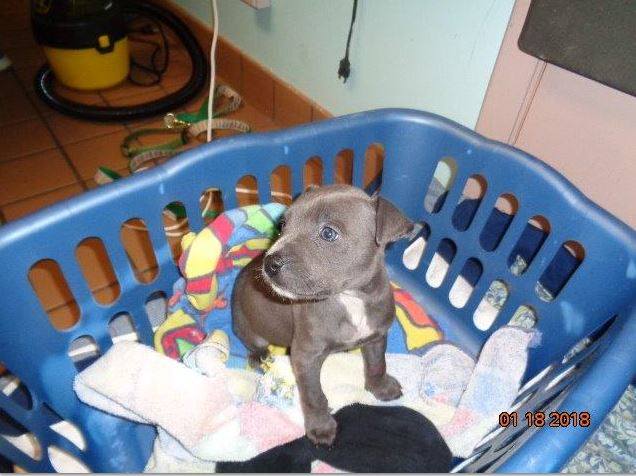 Officers reacted swiftly to the troubling scene, scooping the puppy up and wrapping her in a towel. They brought her into their patrol car and began blasting the car’s heat, holding the little pup in front of the vents in an attempt to raise her body temperature. 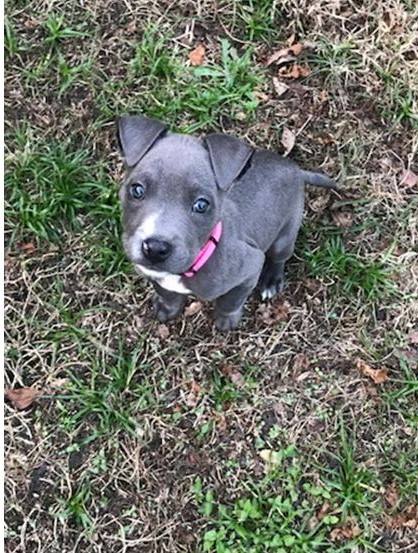 As animal lovers these cops must have been appalled, but thankfully they arrived in time to bring her back from the brink of death that day. Once she was sufficiently warmed up they brought her to the Halifax Humane Society, where staff members gave her the appropriate name of “River.”

River immediately won the hearts of her caregivers, and the police department members continued to visit her as she recovered at the shelter. She became an unofficial member of their police force, universally loved by officers in all departments. One copy was particularly fond of the puppy, who was now thriving thanks to the care she received.

When it came time to find River a home there were plenty of eager candidates, but no one could deny that Officer Kera Cantrell and River shared a very special bond. Officer Cantrell was thrilled to add River to her pack! 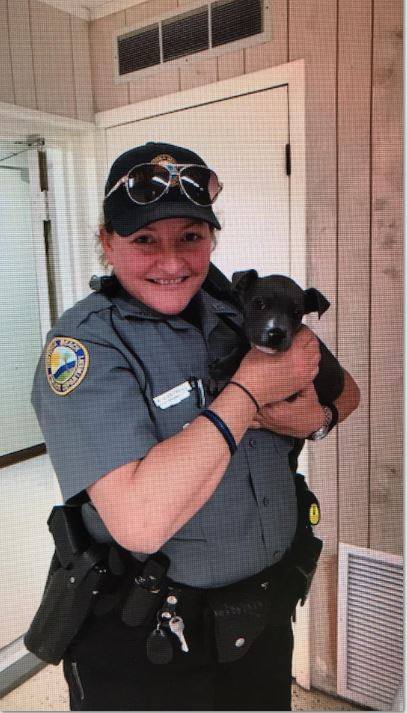 River still visits the police department with his new mom, and everyone is so happy to see the fruits of their efforts to save this sweet girl. The two animal control officers who rescued her look like a couple of proud uncles whenever she’s around. 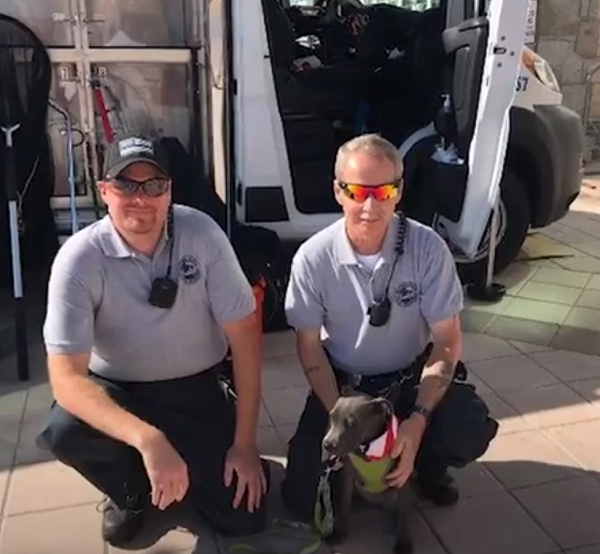 When River turned one year old the police department even threw her a birthday party, complete with cake and singing! But we think River would agree that she has already been given the greatest gift ever — a brand new life, a loving family, and a devoted group of friends dedicated to protecting and serving their community. 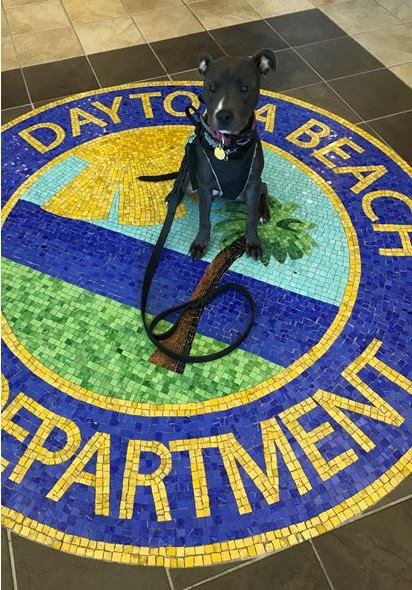 Thank you for saving this life, Daytona Beach P.D.! It warms our hearts to know you care about all living things who call your city home.

Watch the moments after River’s rescue in the video below, and be sure to share this heartwarming tale with others.