Y’all need to see this video collage of all the crazy things my Physics Professor did this semester😭. He’s in his 70s and is still doing all of this for us🥺💛 pic.twitter.com/JaICjzVB5I

For many students at Tidewater Community College, Dr. David Wright is their “grandpa away from home.”

The Virginia Beach, Virginia, physics professor may be in his 70s, but he still manages to perform science demonstrations that would make someone half his age hesitate. Now, thanks to one student’s tweet, David’s epic stunts are going viral. 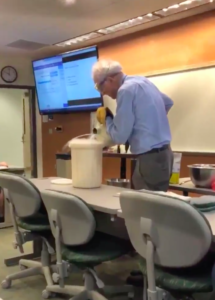 Erica was enrolled in one of David’s classes this semester, so she got to witness his antics firsthand. As her video makes it clear, it’s not unusual for the professor to give real-life examples of how science works, often with hilarious results.

After all, in just one short compilation, we see David set off a small explosion, speed down a hallway on a platform, and bounce up and down on a pogo stick. 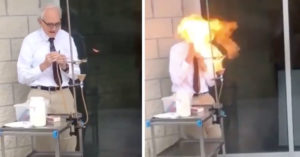 He even has someone sit on top of him while he’s lying on a bed of nails. “Just don’t jump,” he says as the poor student approaches. 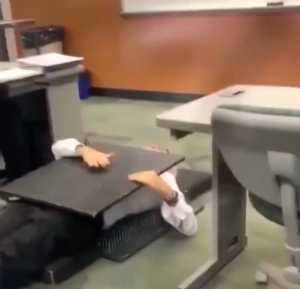 Unsurprisingly, Erica isn’t the only one who loves David’s unique style! He’s been teaching at TCC for more than 40 years and was named Professor of the Year in 2017.

But he doesn’t do it for the recognition. “I still enjoy opening students’ minds to what science is all about,” he said. “They have this vision that it’s a dull, hard subject. I try to get them to overcome their fears and convince them that it’s really cool.” 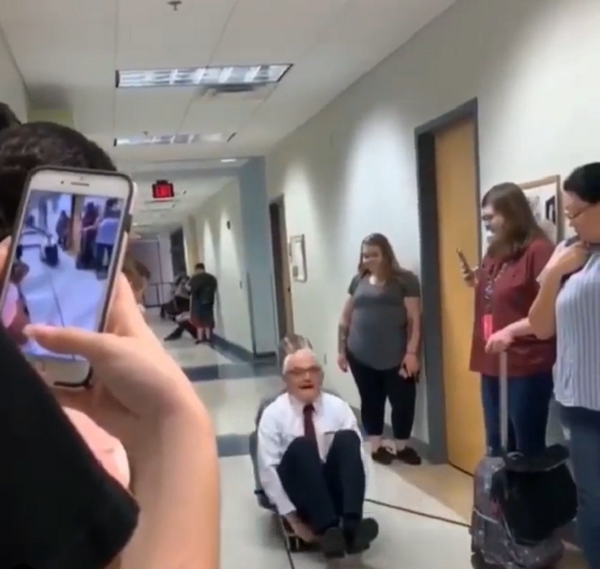 As if anyone needed more convincing, now he can add “going viral” to the feathers in his cap. Of course, when Erica told him what was going on, he responded in what seems to be his typical humble fashion.

“Thank you very much for sharing that with me,” he said. “It was an amazing semester because I had amazing students.” 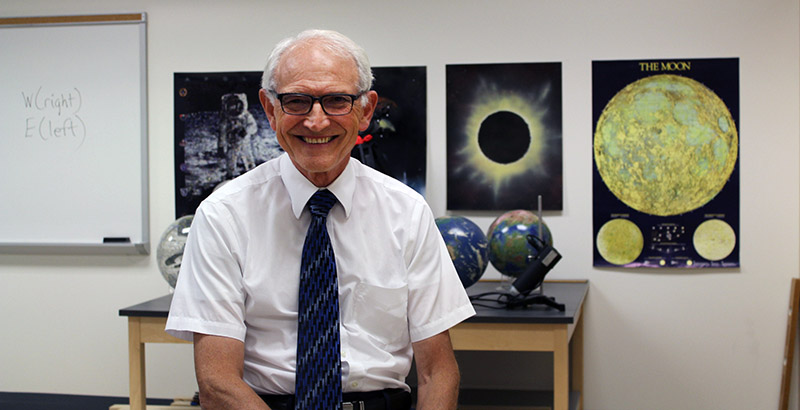 Teachers like this deserve all the praise in the world for inspiring their students. Keep up the great work, David!

Watch the legendary professor work his magic in the video above, and don’t forget to share this story.