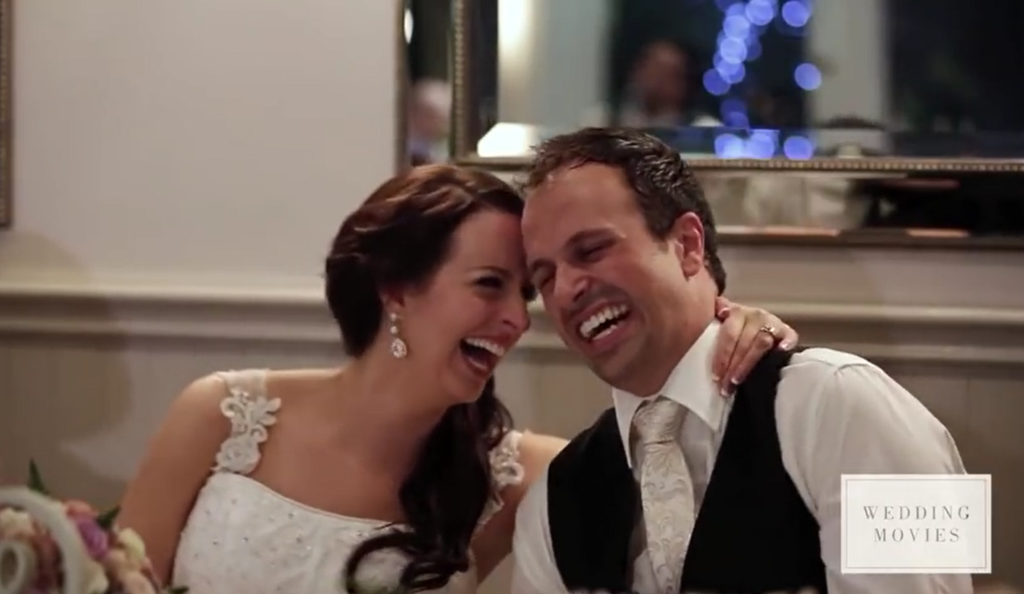 It’s a great honor to be asked to be someone’s Maid of Honor or Best Man. But with that special honor comes one, big responsibility: the toast.

Many people find giving an MOH or Best Man speech intimidating. The thought of standing up in front of all those wedding guests– often with a photographer and videographer nearby recording your every move– is a nightmare for some people. But for a Best Man in Melbourne named Daniel Buccheri, the toast was the perfect opportunity for him to put his musical skills to use. The result was a musical speech both witty and tear-jerking. 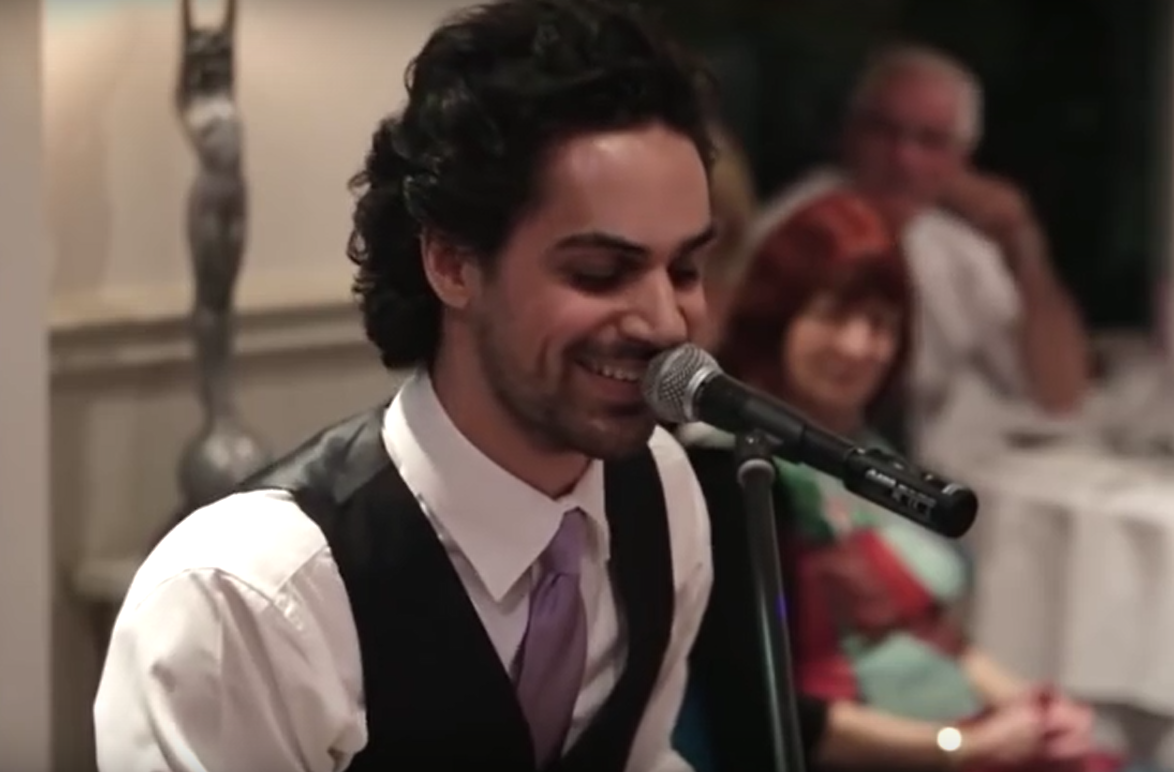 “I was so humbled to be my brother’s best man,” wrote Daniel in the caption of the video below, “so I decided to prepare a little surprise for him and his new wife on their wedding day.”

The surprise involved a mashup of 6 different tunes: “Stay With Me” (Sam Smith), “Every Breath You Take” (The Police), “Ignition” (R. Kelly), “Can You Feel The Love Tonight” (Elton John), “Hey Soul Sister” (Train), and “As Long As You Love Me” (Backstreet Boys).

With each song, Daniel changed the lyrics to tell the story of his relationship with his brother of the years. From teasing his brother about his snoring as a kid to watching him fall in love with his bride… the lyrics are both hilarious and touching. 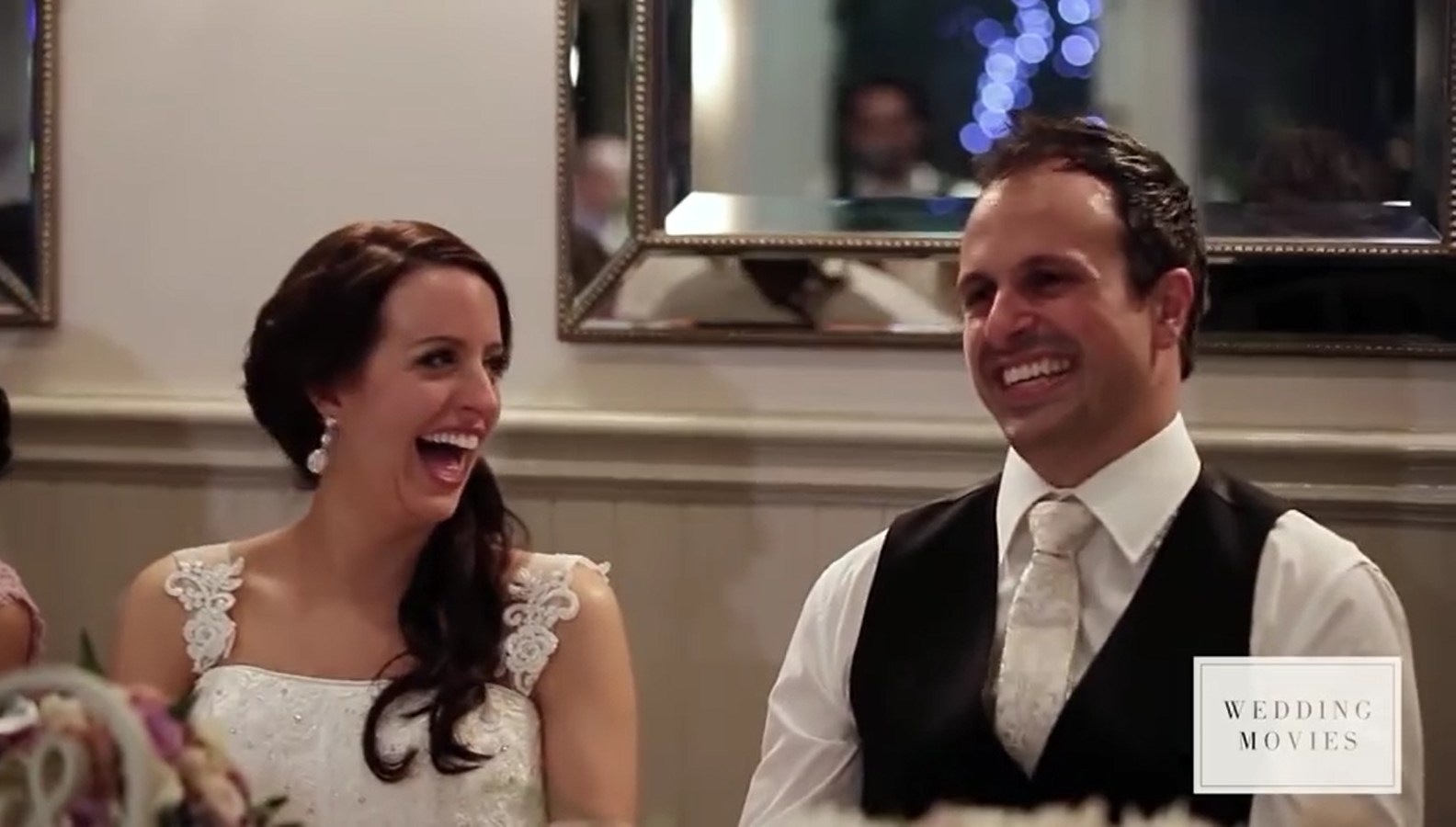 …And it’s clear the bride and groom are loving it! 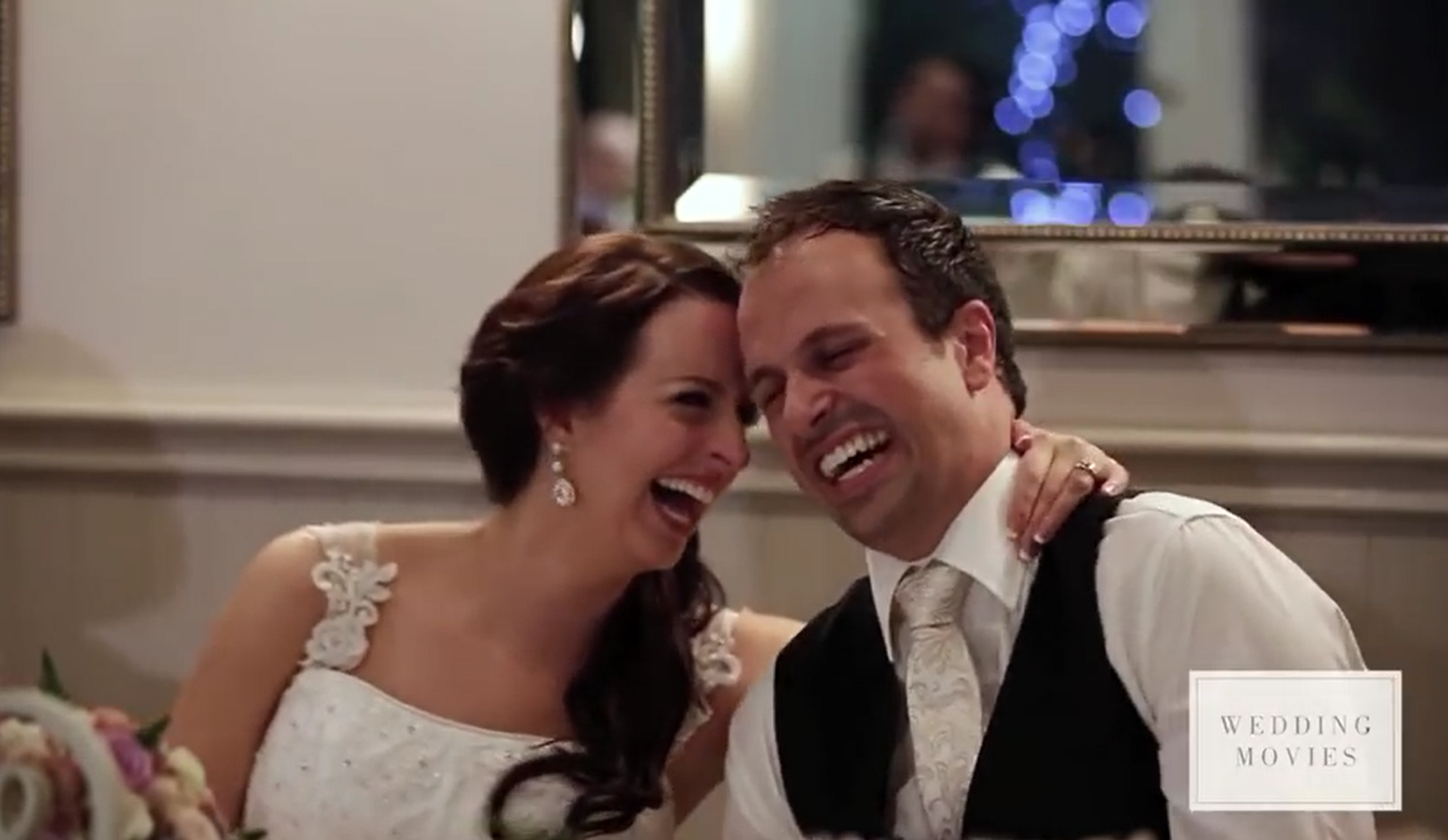 But, at one point, the toast takes a more serious tone as Daniel confesses how deeply proud he is of his brother. 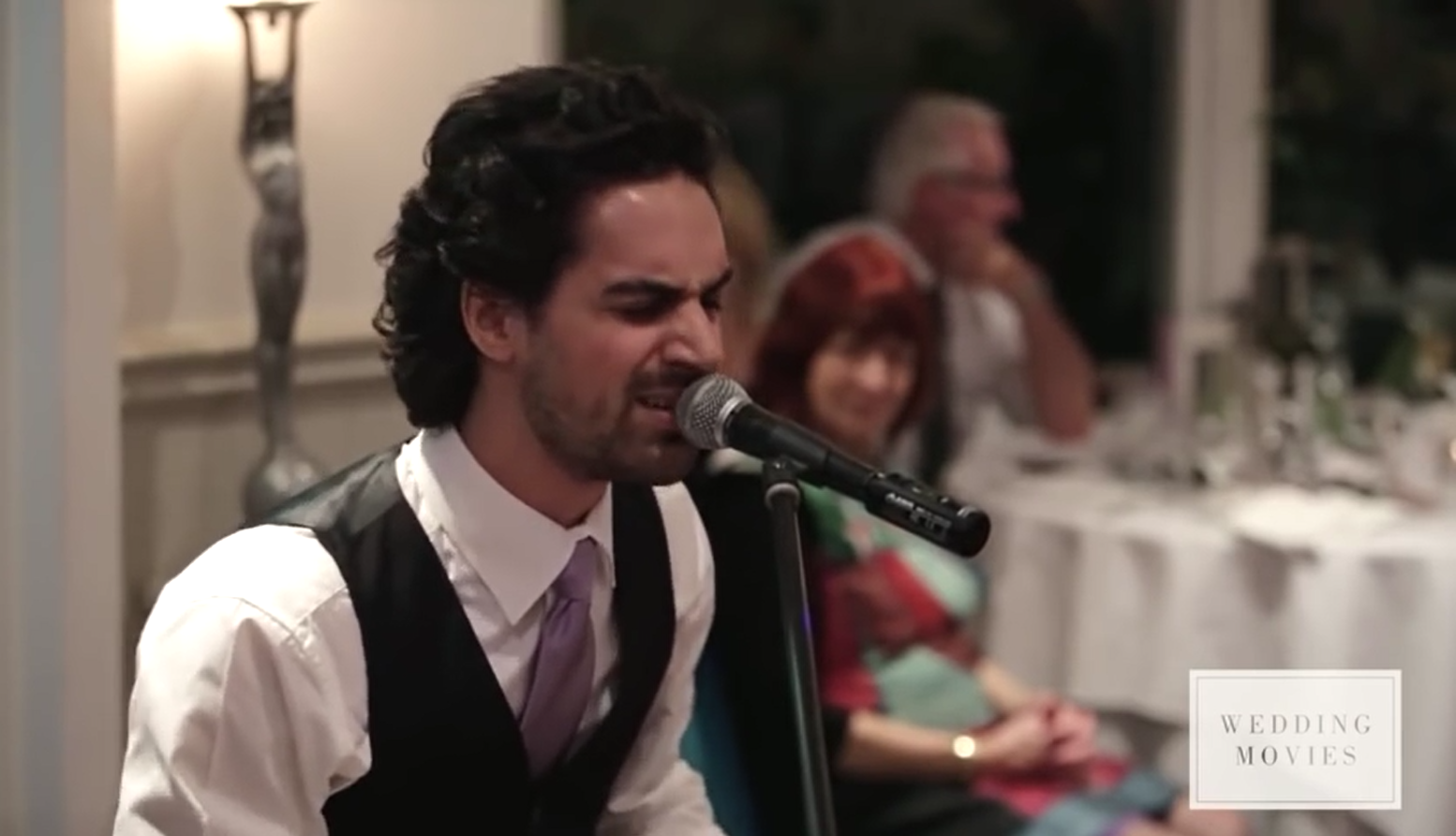 How’s the Maid of Honor going to top that? 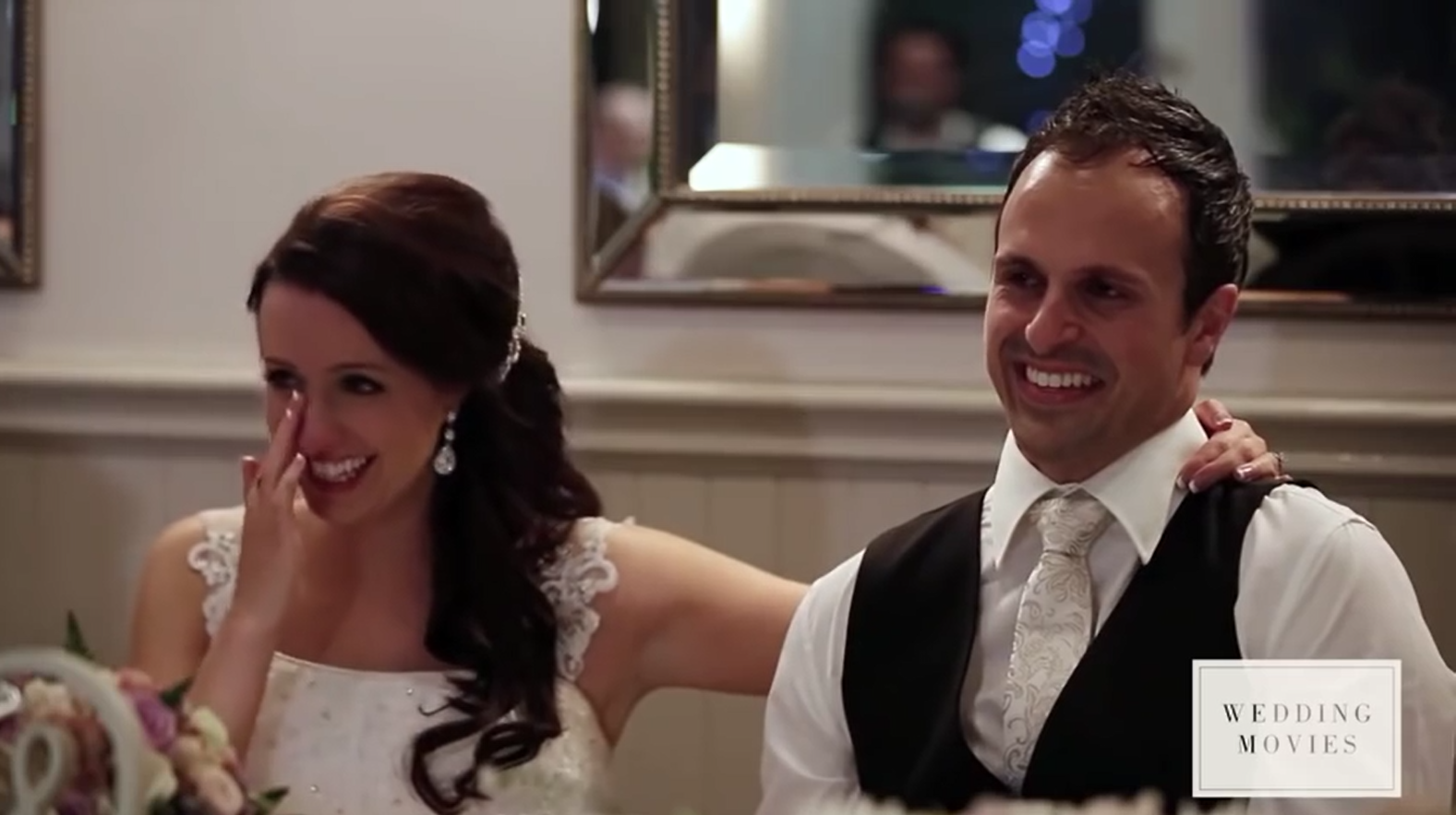 (Don’t worry, the MOH commented on YouTube saying she went before this, thankfully!)

But in all seriousness, this beautiful song/mashup/speech captures what being a brother, and Best Man is all about: love, friendship, and support. Congratulations to the happy couple and their very special Best Man!