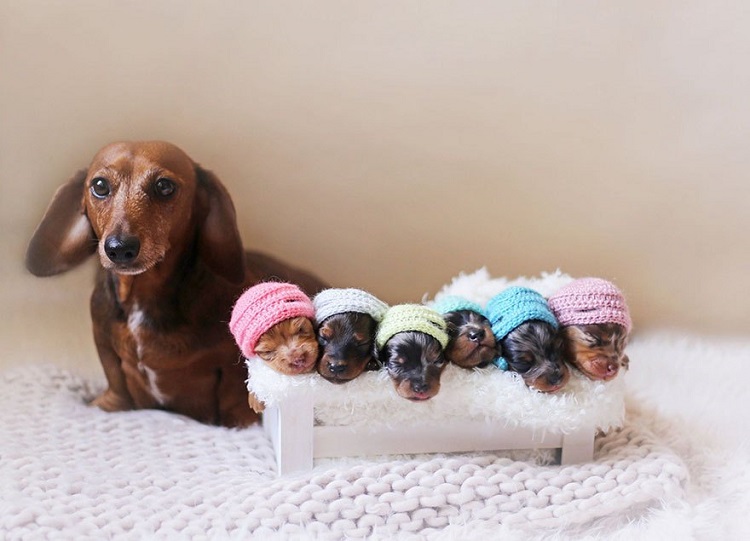 Google “maternity shoot” and your screen will be filled with photos of women with their hands caressing their full-sized bellies, their hair blowing in the breeze and curved bodies softly silhouetted by streams of sheer white fabric.

But humans obviously aren’t the only ones who become pregnant – or, apparently, have professional maternity photos taken. McAllen, Texas, resident Monica “Mona” Sanchez called Belinda Schenk-Sol of Belinda Sol Photography last April to set up a photo shoot for her 6-year-old Dachshund, Mia.

She was about a month-and-a-half pregnant at the time, and Sanchez wanted to have her little sweetheart professionally photographed in the final stages of her “delicate state.” 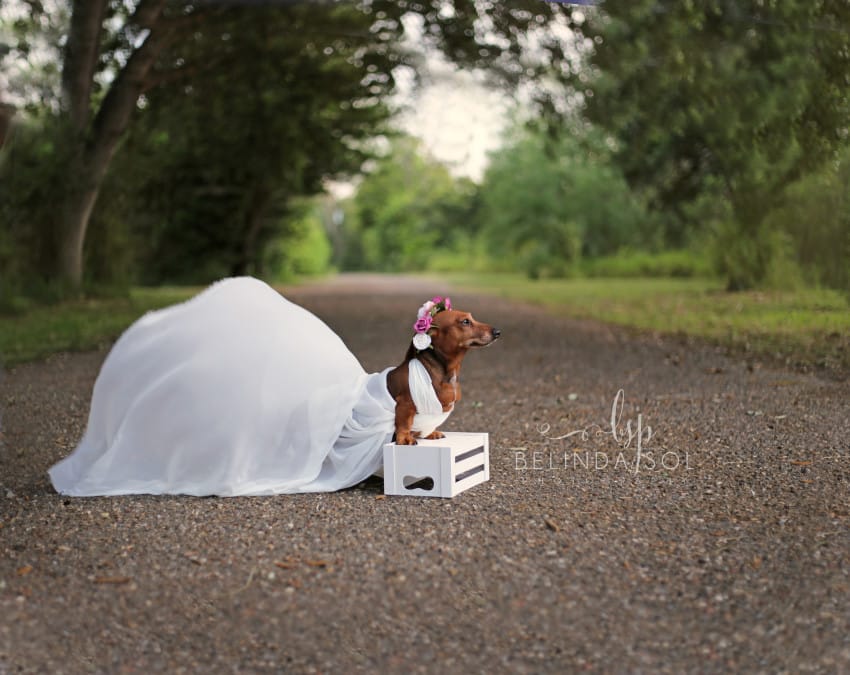 “I didn’t have dogs or puppies growing up and I wanted my son to see that,” Mona said. “I’m just real crazy about capturing moments.”

Photographing a pregnant dog was a first for Belinda, but she loved the idea and even made the little sausage dog a maternity dress – which billows out behind her like a bridal train caught in the wind. 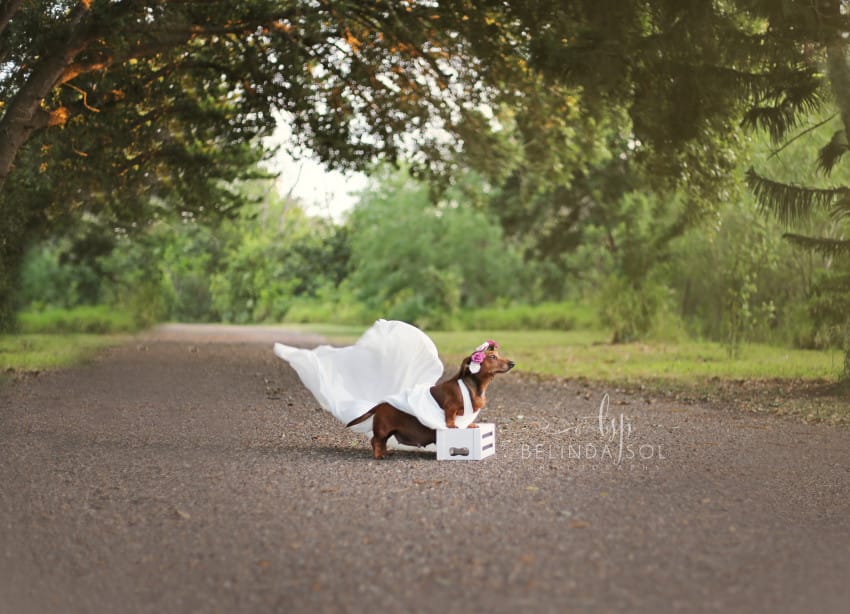 And below is a shot of the father, Camilo, who had to make it into at least one of the shots! 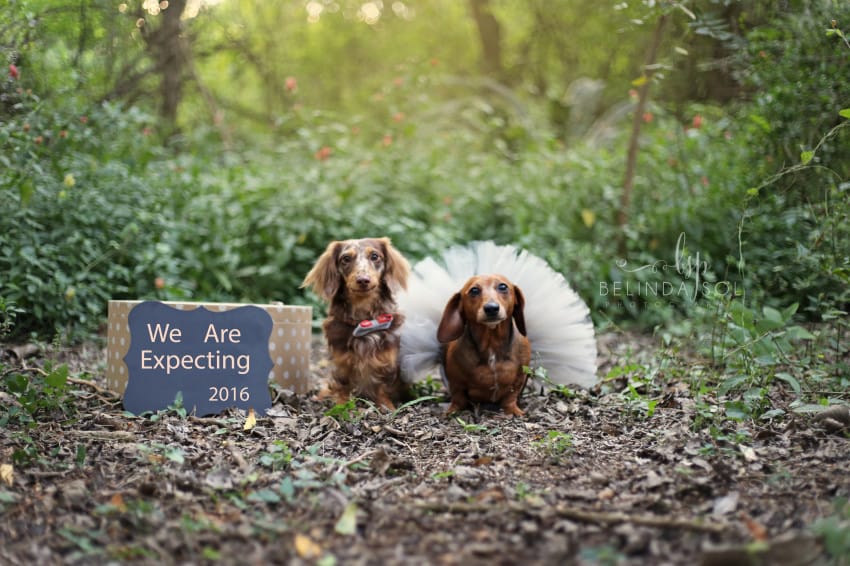 “Mia was my first doggy client, and I’m so glad she was,” Belinda recalled. “When she told me it was for a doggy, at first I was surprised, but excited to get creative with something new.” 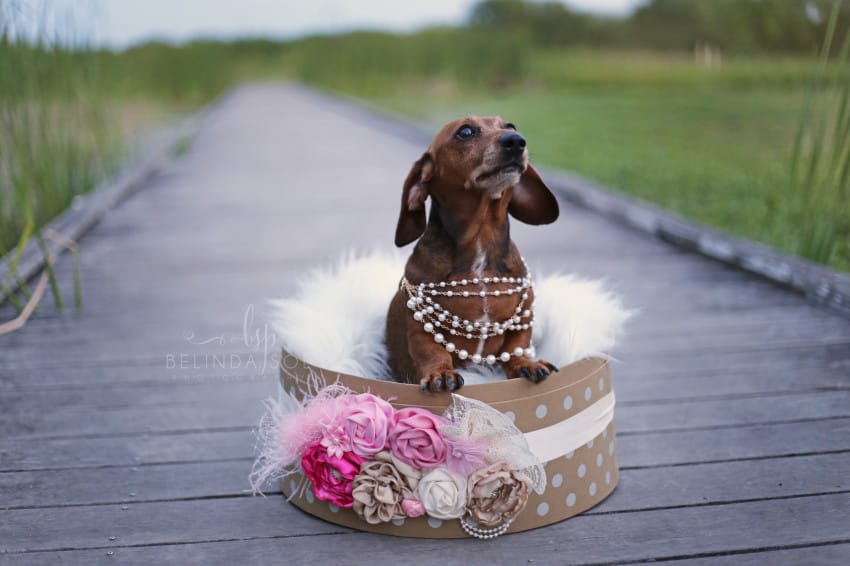 Little Mia gave birth to six puppies several weeks later, and when Belinda returned for another photo session on May 17, she captured some truly adorable moments in the new family’s lives. 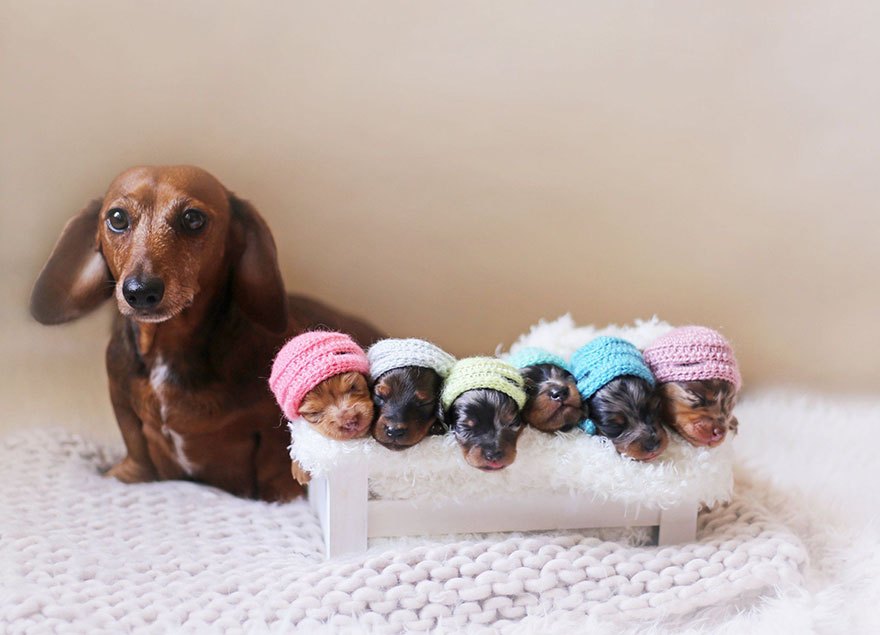 In typical newborn fashion, the photos show the puppies nesting together with their eyes tightly closed as their proud mama stands close watch. In the previous shoot, Mia was “very pregnant” and therefore not interested in moving around very much, Belinda said, but the wee little pups “were actually a little more wiggly than I expected.” 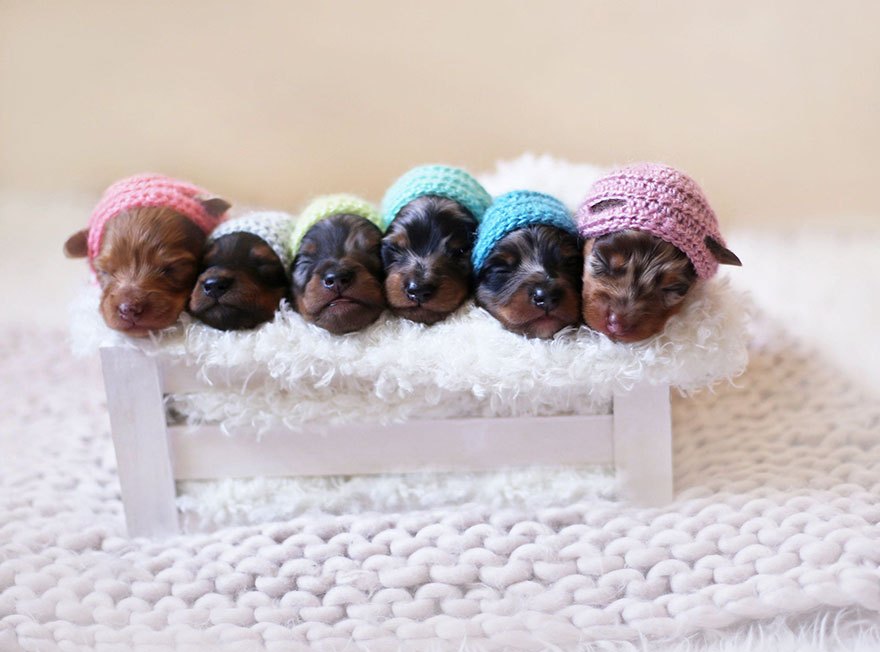 When Mona posted the results of the photo shoots, Belinda expected them to catch the attention of several hundred people. But the actual response was completely unexpected.

“Overnight over 100,000 had viewed her photo,” she said. “I have had more inquiries on doggy sessions and will definitely do more in the future.” 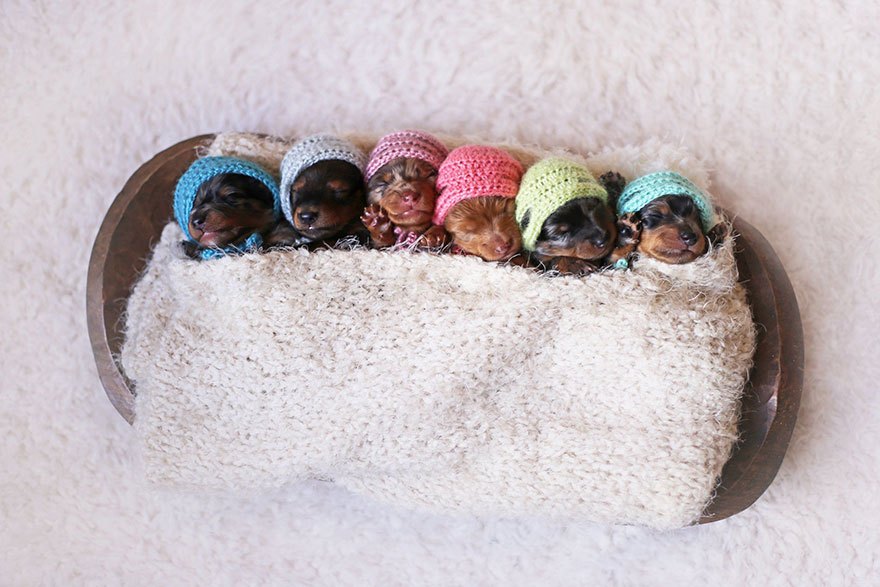 So what do you think – will doggy maternity photos be the next big thing?