Some people are drawn to the limelight like moths to a flame.

YouTuber Janelly was enjoying a stroll down a sidestreet in Old Havana, Cuba, when she came upon a common scene. As tourists and locals sat outside at a local cafe enjoying the sunshine and bustling market scene, a salsa band struck up an energetic rhythm that had everyone’s toes tapping. That’s when a tiny little boy crept up and proceeded to steal the show right out from underneath the band! 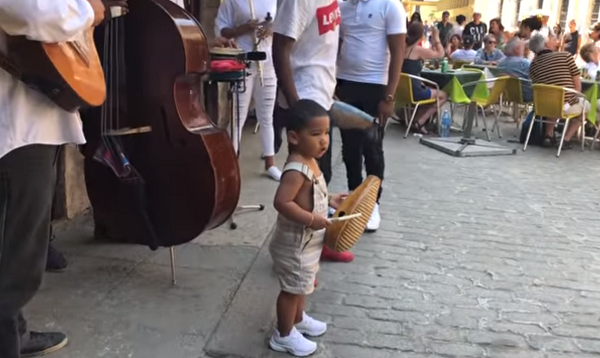 The child, dressed only in a pair of tan overalls and sparkling white sneakers, is immediately handed a Latin American percussion instrument called a güiro. As soon as the music begins, his little arm starts playing the güiro as if he knows exactly what to do. 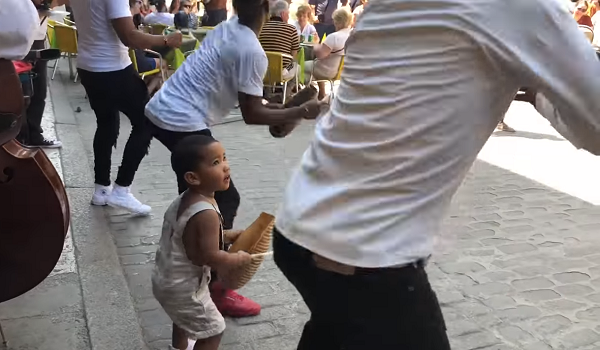 The boy seems dazed as he gazes around at the smiling bystanders, many of whom have paused to take his picture because he is simply adorable. As the band really starts to jam, the little guy does his best to mimic their hip-thrusting dance moves as best he can. 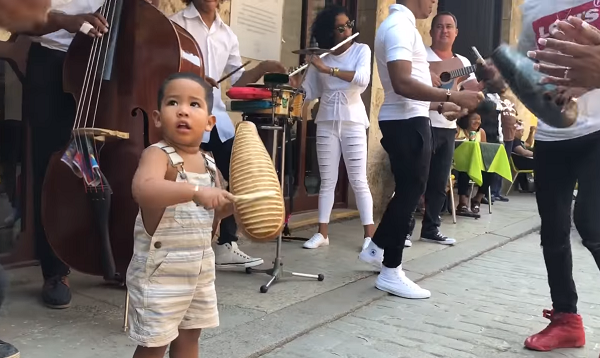 And all the while, his little hands keep strumming the güiro in time to the music! As he gains some confidence, he soon starts embellishing the dance moves just a bit. He kicks his little legs and squats down low, never losing track of the relentless Latin beat. 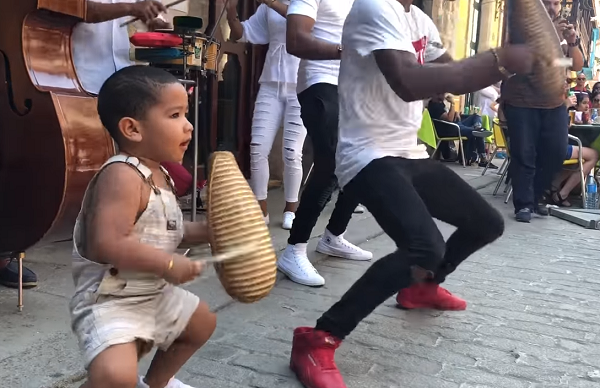 A couple starts to salsa dance on the clearing in front of the sidewalk, and everyone in the outdoor cafe has turned to admire the musicians, both large and small. This scene is exactly what you think of when you picture Havana, except with 100 percent cuter, tiny music-makers.

This kid can’t be more than three years old, but he’s already stealing the show wherever he goes! Imagine what he’ll be doing by the time he’s old enough to pick up another, more complicated instrument. 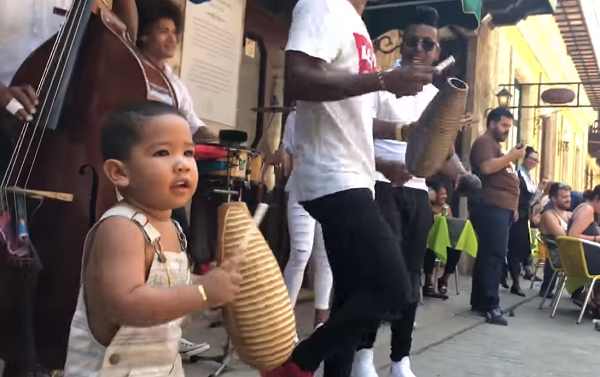 It’s impossible to watch this clip without grinning wildly! He’s just too cute, and the musicians are so talented and patient with their newest “member” that it makes our hearts sing.

Watch this wonderfully happy moment in the video below, and be sure to share to make someone smile today!