Going to the homecoming dance is a classic rite of passage in the U.S.

David Matthew Cowan is a 19-year-old senior at Seminole High School in Sanford, Florida, and when it came time to pop that all-important “hoco” question, he knew exactly whom to ask. After all, David has known Saris Maria Garcia since they were 3 years old, so they’ve had plenty of time to get to know each other. 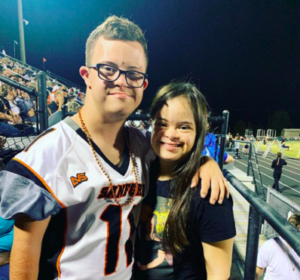 They first met in a speech therapy class in Orlando, then reunited after their families moved and returned to central Florida a few years later. The pair remained close, and as they navigated their way through high school, their friendship blossomed into something much deeper: true love.

David and Saris are now a full-fledged couple and spend as much time together as they can. People find their relationship so adorable that a photo of them was recently displayed in Times Square in New York City to kick off Down Syndrome Awareness month! 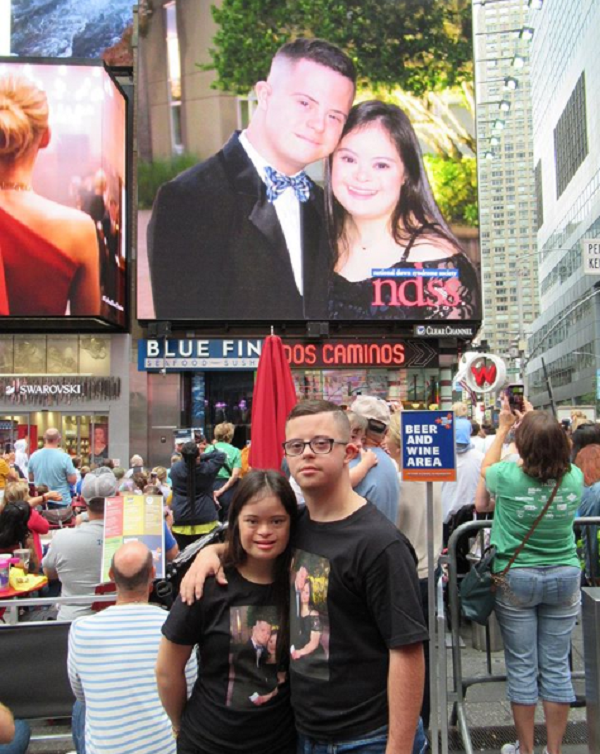 So as homecoming approached, David decided to do something special to secure his date for the big night. And what better way is there to surprise your cheerleader girlfriend than going to a Thursday night football game? We certainly can’t think of one! 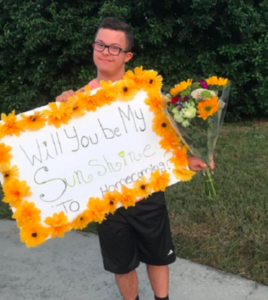 David’s mother recorded the moment when David carries his sweet sign and a big bouquet of flowers across the sidelines to where Saris is performing. When she notices him, her face lights up like a beacon, and she quickly rushes over to give him a hug.

After hearing her accept his homecoming proposal, David turns to the cheering crowd and gives them a victorious fist pump! 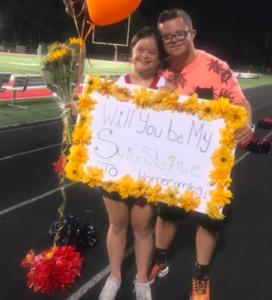 Things are just getting started for this cute couple! The video was posted on social media and went viral, and Saris’ mother said she’s thrilled because of the message their love story sends. “They have hopes and dreams and are capable,” she said. “It’s great to promote inclusion and acceptance.” 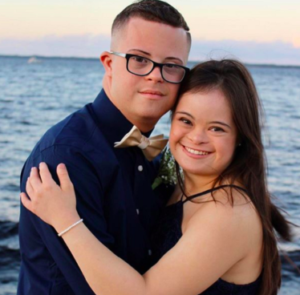 With a homecoming proposal as precious as David’s, we can’t imagine the response going any other way. The look on Saris’ face could warm even the coldest heart!

Watch David’s amazing reveal in the video below, and don’t forget to share.