In case you’ve ever wondered if love at first sight is real, we’ve got proof.

Gabi Angelini is a young entrepreneur with Down syndrome from Raleigh, North Carolina who employs other people with disabilities. Last May, she traveled to Detroit, Michigan where she first crossed paths with Nick Doyle. 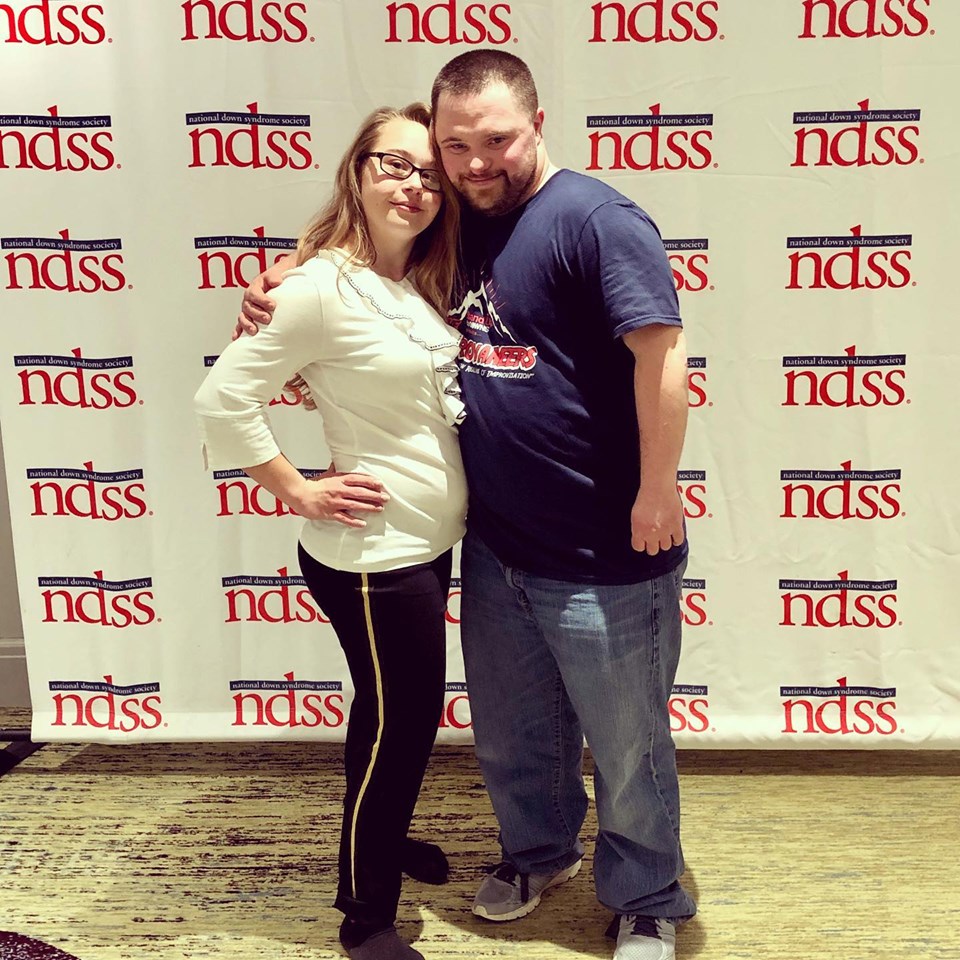 Nick is a performer in the world’s first improv troupe made up of people with Down syndrome. Like Gabi, he was attending the National Down Syndrome Society’s annual convention, and the chemistry between them was instantaneous. According to Gabi’s mother Mary, by the end of the conference the two were inseparable.

But in the chaos of getting everyone safely home, Nick never got Gabi’s number.

Back home in Canton, Ohio and unwilling to lose Gabi, Nick went online and found her on social media. The two picked up their relationship where they’d left off, exchanging text messages, phone calls, and video chats. Thankfully, they didn’t have to wait long to see each other because they’d both planned to attend another conference in Pittsburgh, Pennsylvania a month later. 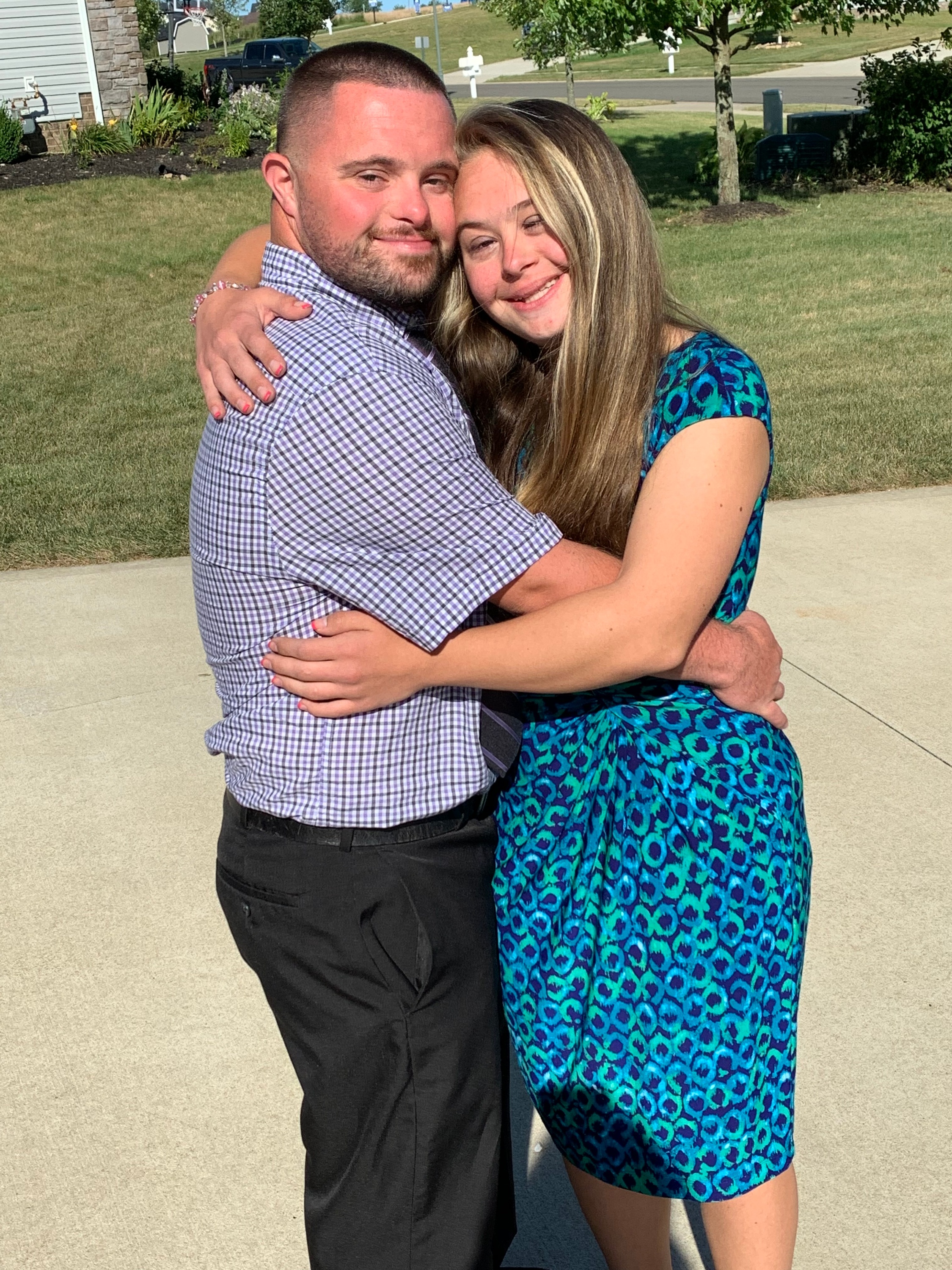 “They spent every second together those three days but again, so sad at the end as there were no more conferences to bring them together,” Mary told InspireMore.

A few weeks after being parted once more, Gabi broke down in tears and told her mom how much she missed Nick. Mary couldn’t bear to see her daughter in pain, so she secretly reached out to Nick’s mom, Lisa.

The two moms put their head together to find a way to reunite the lovebirds, and as everyone knows, once moms get involved, there’s no stopping them! 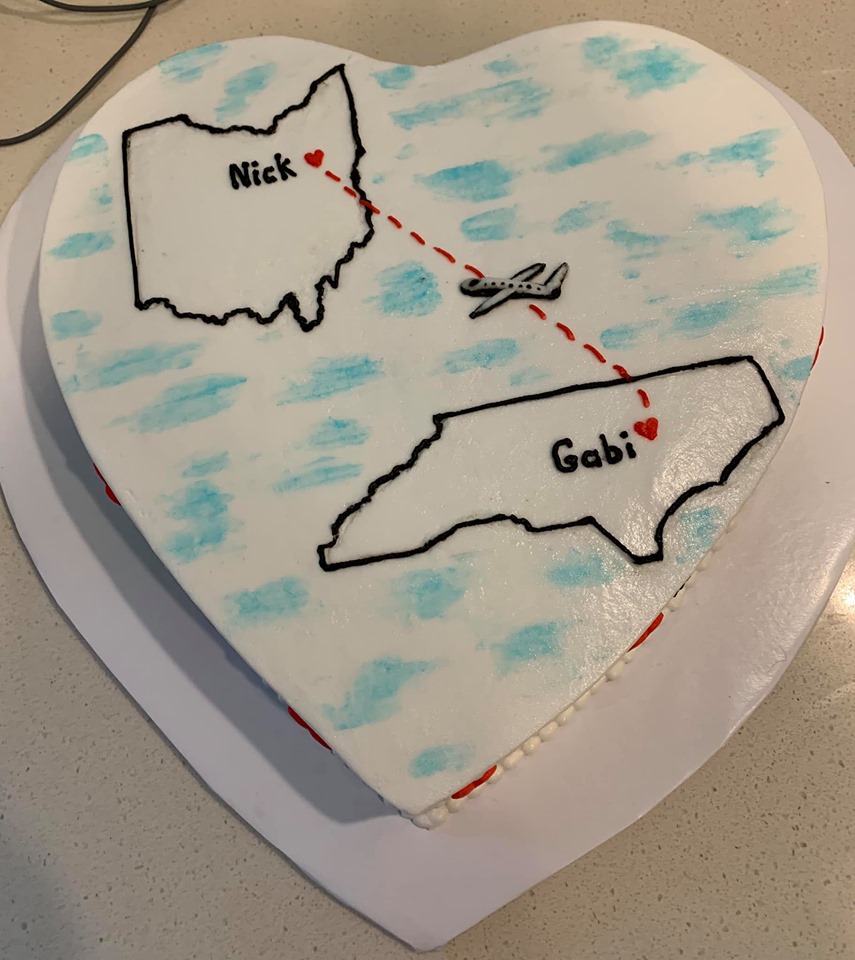 They found a good time to schedule a visit, and then Mary booked Gabi a ticket to Ohio. Gabi thought she was headed to another conference, and Nick thought he was at the airport to pick up a friend.

On the big day, Lisa recorded the moment when Nick and Gabi spot each other in the airport after weeks apart. Nick is so blown away he drops to his knees, and Gabi can’t wait to leap into her boyfriend’s arms. 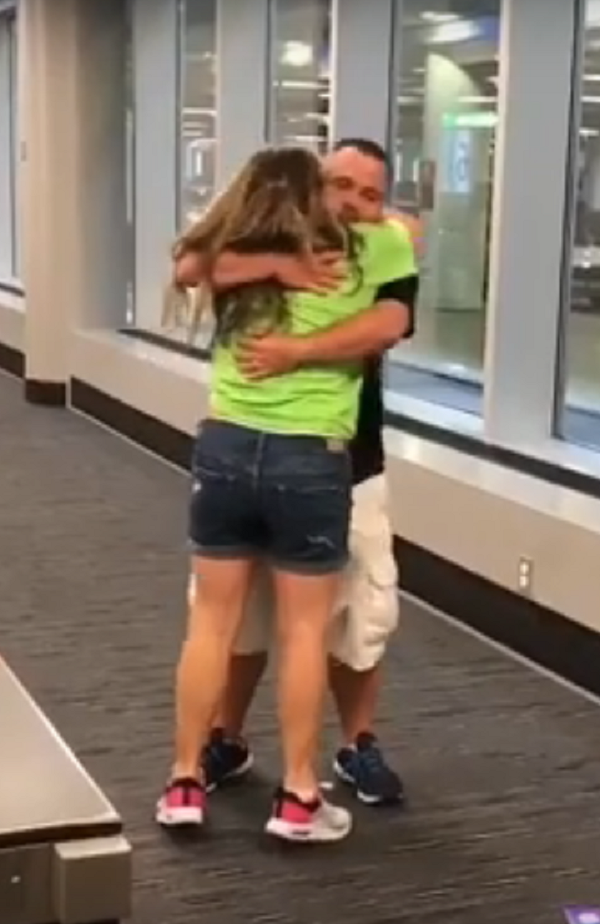 Neither 21-year-old Gabi nor 30-year-old Nick have been in a romantic relationship before. Mary explained that “people with Down syndrome have no warm up time when it comes to love. They lean in and love fully.”

Nick, Gabi, and their mothers had a wonderful visit in Ohio, soaking up as much of each other as possible in the little time they had. Lisa said she’s never seen her son so happy in his whole life! 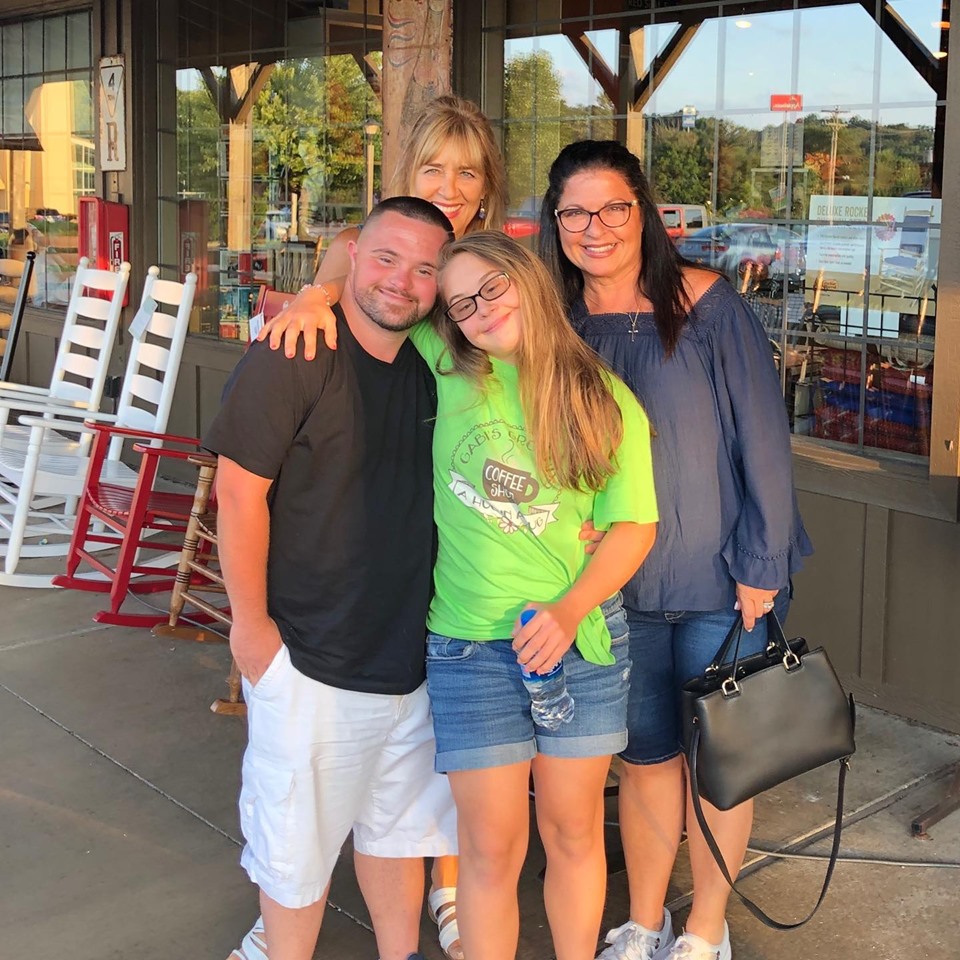 One look at their reunion video and that happiness is clear! These two souls were definitely made to be together. 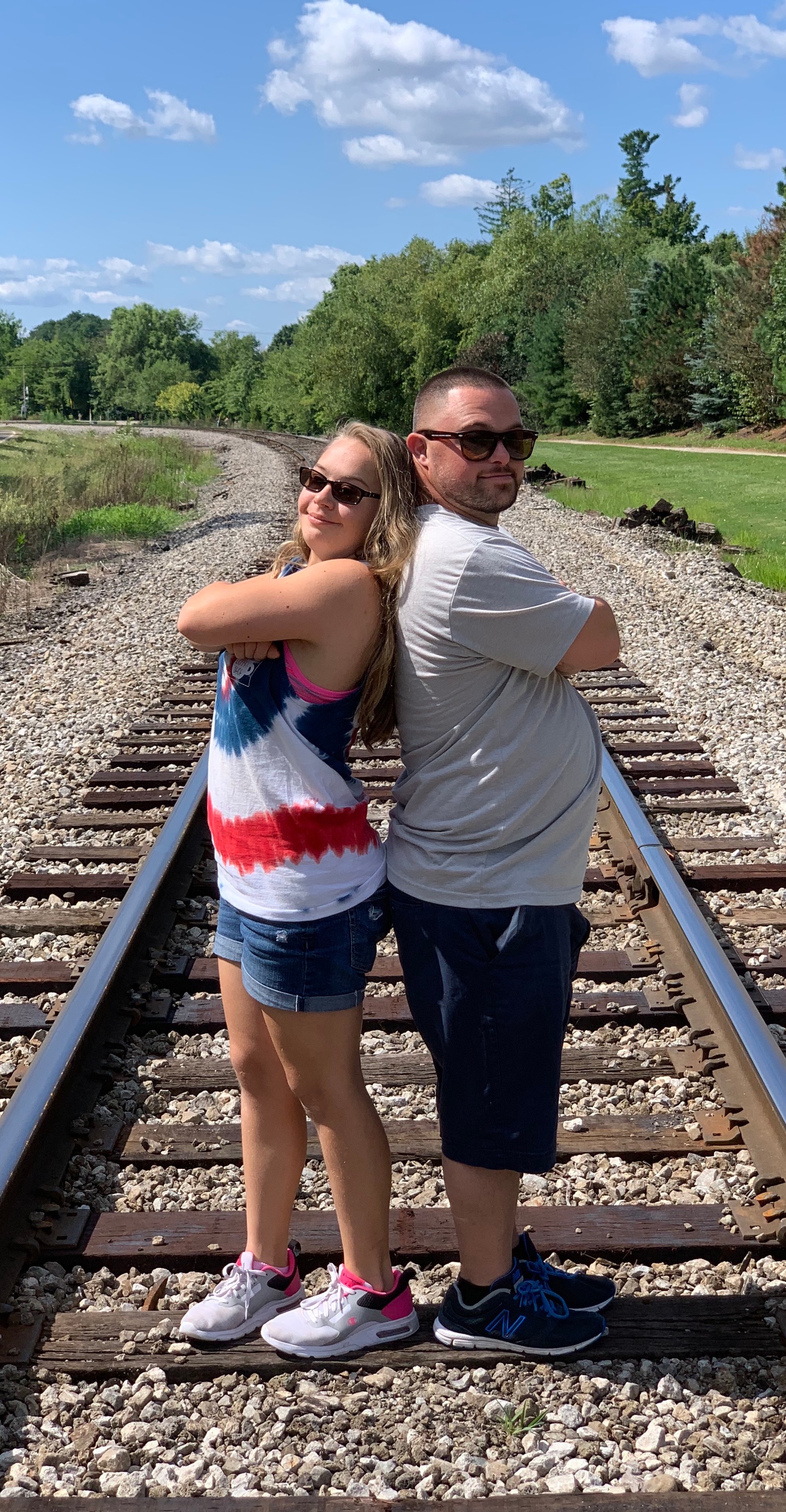 Nick and Gabi are both terrific advocates for people with Down syndrome. They’ve each already accomplished so much, and they continue to break new ground all the time. Now that they have each other, who knows what else they’ll do!

Watch Gabi and Nick’s sweet airport reunion in the video below, and don’t forget to share.