If there’s one constant in family dynamics around the world, it’s that older brothers and sisters live to embarrass their younger siblings.

As Noah Tingle of Louisiana started his senior year at Central High School, he realized that after he went to college next year he wouldn’t be able to spend as much time with his family. Watching his younger brother Max get off the school bus that afternoon, Noah decided he needed to make this year count — by embarrassing Max as thoroughly and frequently as possible. 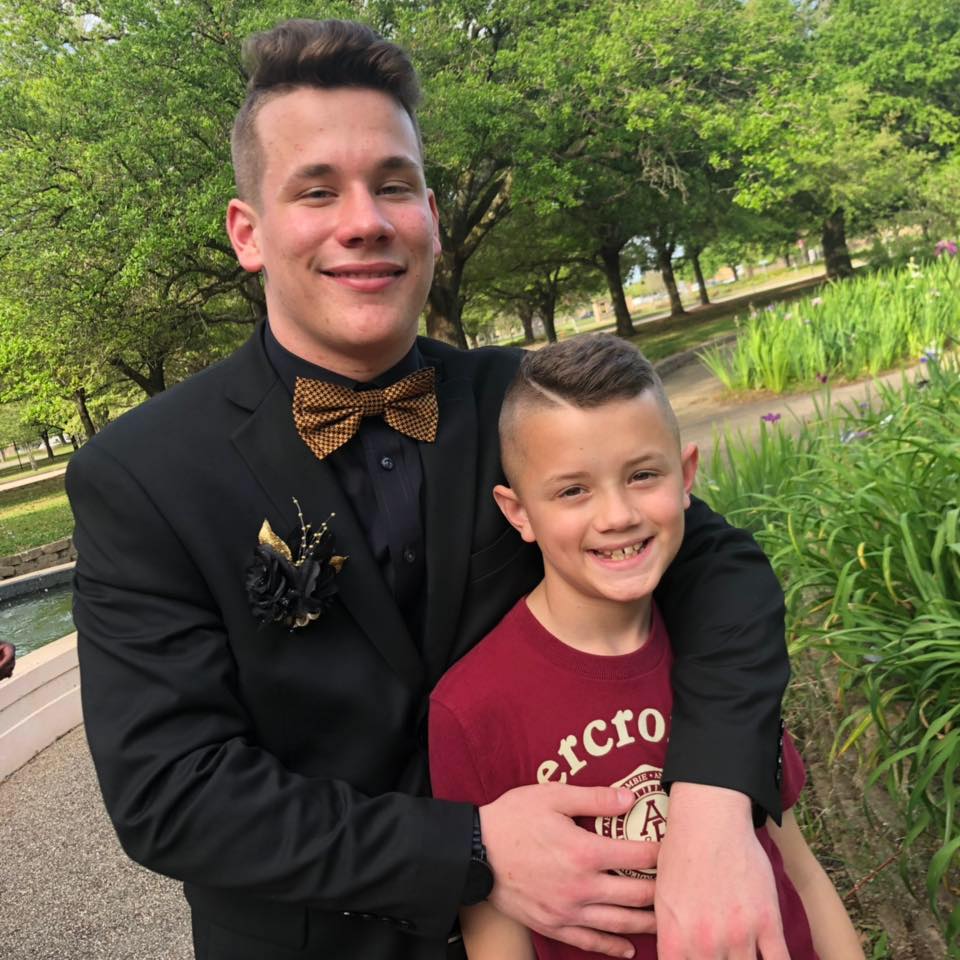 “It’s my last year of high school and I saw he was coming off the bus when I was at home, so I wanted to embarrass him,” Noah explained.

Noah went into the family’s Halloween stash and threw on a costume. When 12-year-old Max came off the bus, he was not only embarrassed by his goofy older brother but he also couldn’t help but laugh out loud. Encouraged, Noah kept on putting on costumes every day! 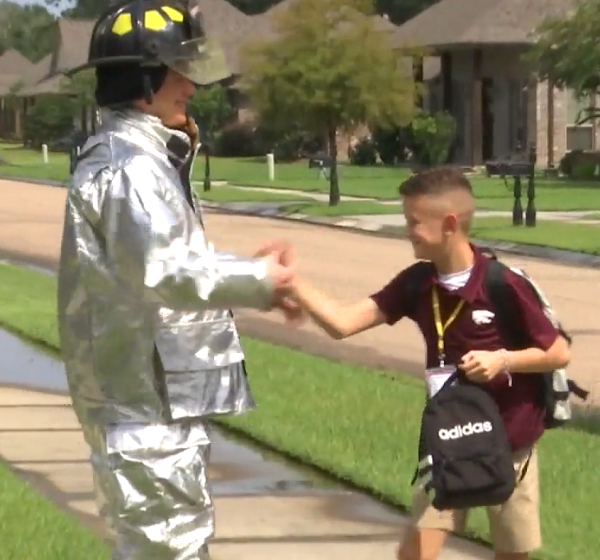 So far Noah has greeted Max dressed as everything from a sloth, Santa Claus, an LSU football player, Waldo from “Where’s Waldo?” to an inflatable gorilla suit. Soon his mother began sharing the videos of Noah’s daily greeting online, and before they knew it the boys had blown up on the internet.

Noah and Max eventually started a dedicated Facebook page called “The Bus Brother” to share their funny videos from the day. 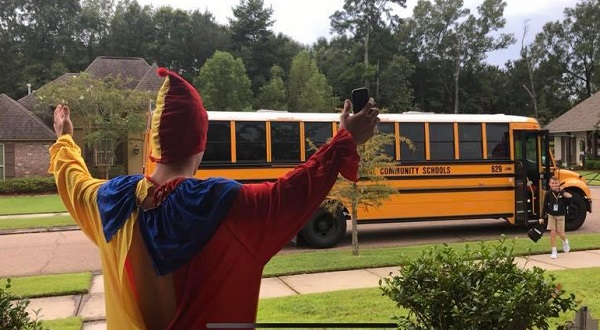 “It’s gotten a lot bigger than I thought it would be,” Noah admitted. “For the amount of people who saw it and loved it, it was just crazy.”

After the clips started going viral Noah received donations from friends and neighbors who have extra costumes lying around. The teen is still accepting donations through their Facebook page because he doesn’t plan to stop this funny tradition any time soon! 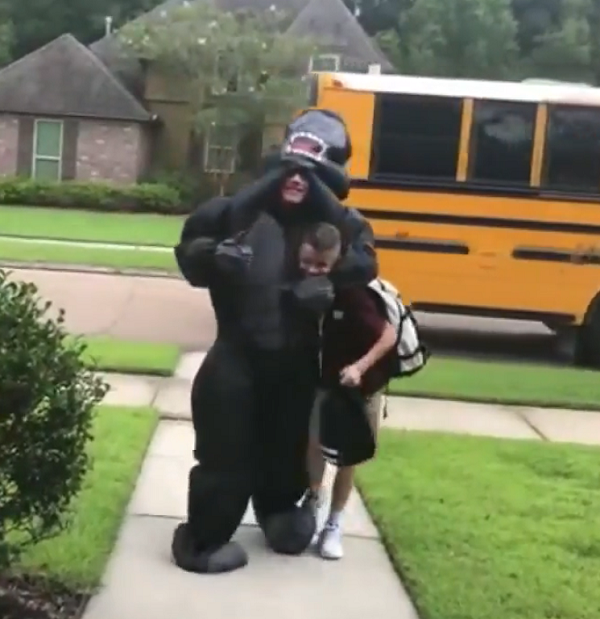 “The first outfit was something silly, and then I started to come up with more ideas,” Noah said. “I thought I would keep it going, but I was expecting it to kind of be something that me, my friends, my family, and a few other people we know to kind of catch on.”

While Max admits that he wasn’t nuts about the daily greetings at first, he has come to terms with the fact that his brother is a lovable goofball who lives to embarrass him! “At first, I was surprised and kinda embarrassed,” Max said, “but now I’m just used to it.”

While Noah would love to keep this up all year, he does have basketball season starting in November so he will most likely not be home to embarrass Max after school. No matter what  happens, these brothers will never forget the fun they had and shared with their community! 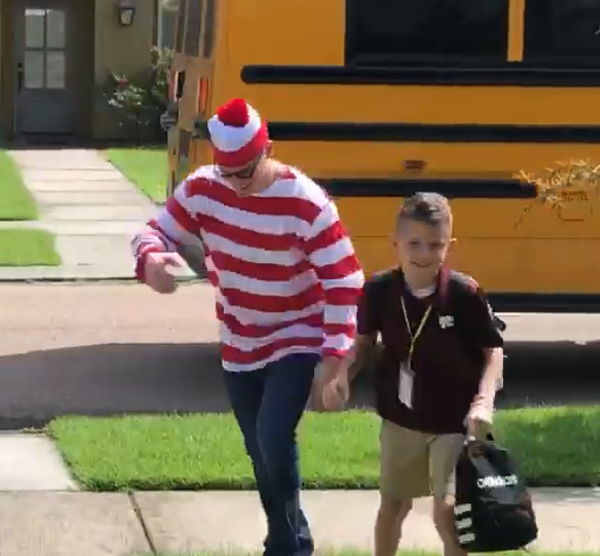 Though Noah revealed he’s unsure how long he’ll keep the tradition going, his hilarious greetings will likely come to an end by November when the Central teen starts his final basketball season, WBRZ reports. Still, Noah said, he hopes that the funny costumes will leave his younger brother with plenty of memories before he heads off to college next year.

Watch one of Noah’s hilarious greetings in the video below, and don’t forget to share!