Everyone is familiar with The Salvation Army and volunteers ringing the bell hoping to get holiday shoppers to drop some cash or coins into the red kettle. The red kettle is a staple of the Christmas holiday. It is even more famous after Dallas Cowboy’s Ezekiel Elliott jumped into a giant red Salvation Army pot after an amazing touchdown last Sunday, inspiring a wave of giving.

Another man has helped The Salvation Army bring in tons of donors within a few hours, and how he does it is going viral. Tennessee Police Officer Sean Bulow was helping raise money for their annual charity drive and was caught on camera busting some seriously smooth moves to Bruno Mars’ ’24K’. The video which was posted on his department’s Facebook page has over one million views!

Bulow was dancing outside of Wal-Mart all while ringing the famous Salvation Army bell and people couldn’t help but to watch and donate. He decided to do the impromptu dance to bring in more money for the charity because of the friendly competition between his Cleveland County officers and Bradley County police officers. 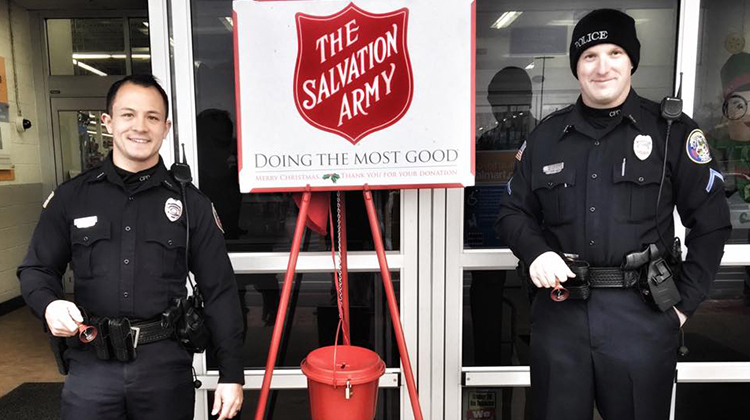 His vibrant spirit attracted donors in droves. The officer’s performance was so good that the people demanded an encore, and an encore he gave.

Check out his dance in the video below.