Wedding days are often emotional and filled with surprises.

For John and Amy Tailor of the U.K., everything was going wonderfully. They were enjoying the company of their family and friends after their ceremony and weren’t expecting anything out of the ordinary. Luckily for them (and us), someone had a better idea! 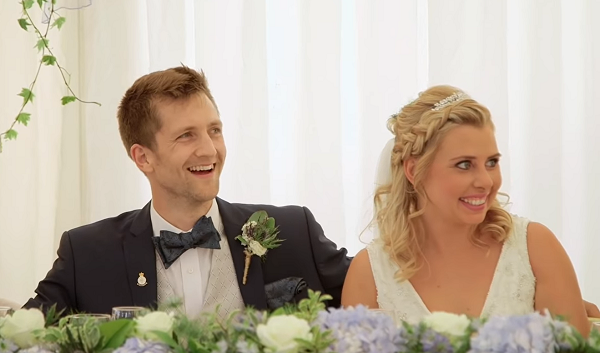 Club Mob said this was the first time they’ve attempted to “personalize” a wedding performance, and we have to admit, they totally nailed it!

In a video, we see that the fun begins when a man who calls himself an event chef grabs the microphone to address the crowd. 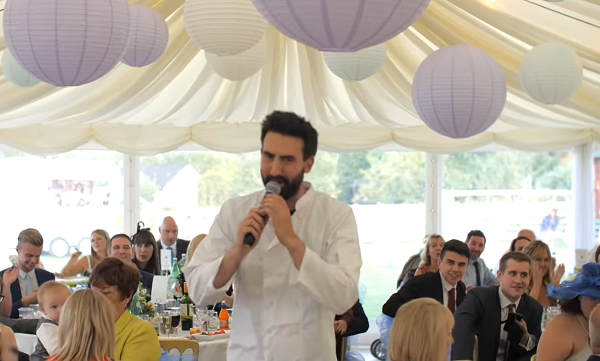 The stranger explains that he’s getting married soon and promised the kitchen staff he would sing them a celebratory song. That’s when he breaks into “I’m Getting Married In The Morning” and other tunes, but then a woman who calls herself an event server interrupts him.

It doesn’t take long for these talented “staff members” to bust out a medley of popular songs — which just so happen to be customized to the bride and groom! 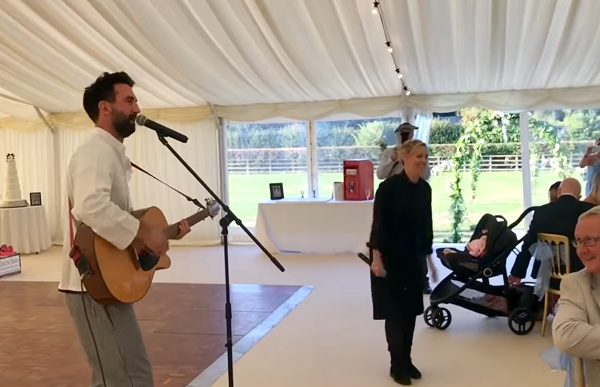 Of course, John and Amy are delighted! They laugh throughout the unexpected performances, even when things get a little emotional.

As soon the disguised members of Club Mob feature hits like “Shut Up And Dance,” the happy couple tears up. In fact, when John hears the line, “This woman is my destiny,” he can’t stop weeping with joy and love! 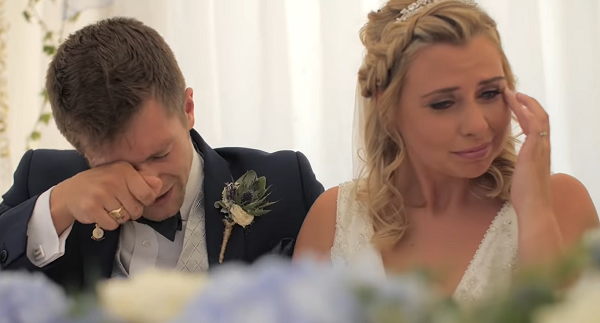 What a fun way to add a cherry on top of an already beautiful day. Congratulations, John and Amy!

Watch the epic surprise performance in the video below, and don’t forget to share this story with your friends.