We can always count on the Internet to crack jokes.

In early February, an 11-story building in Dallas, Texas, was scheduled to be demolished via a controlled explosion. But instead of crumbling into a pile of metal and dust, the partially-destroyed tower simply tilted to one side. Within a day, people started calling it the “Leaning Tower of Dallas.” 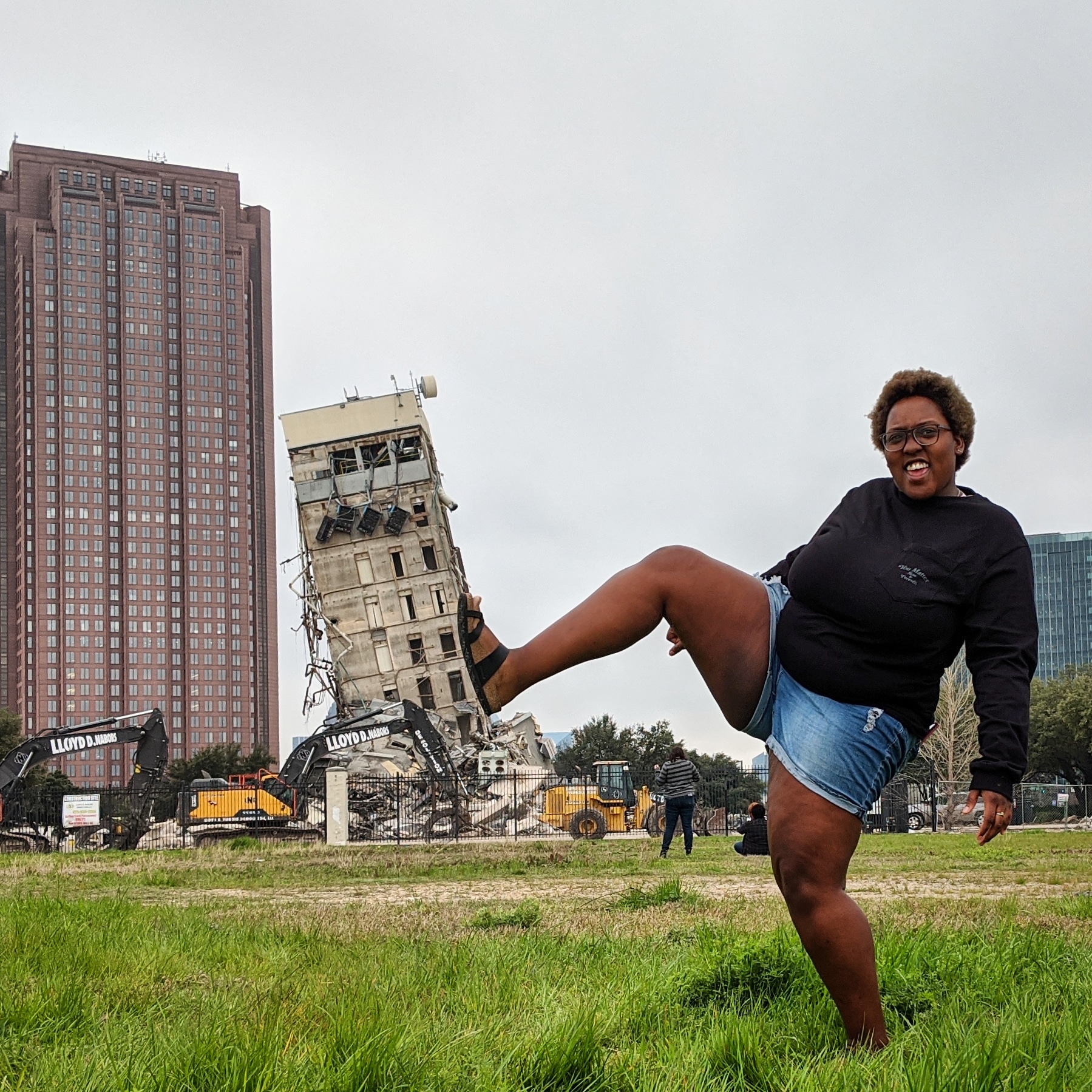 Dallas locals began flocking to the site so they could pose with the building that, for now at least, looks quite a bit like that famous tower in Pisa, Italy. Their pictures began trending on Twitter and other social media sites within hours, and soon the city had a new tourist attraction on its hands!

Someone even started a Change.org petition to keep the Leaning Tower of Dallas intact. They’re actually hoping to designate it as a United Nations Educational, Scientific, and Cultural Organization (UNESCO) World Heritage Site. 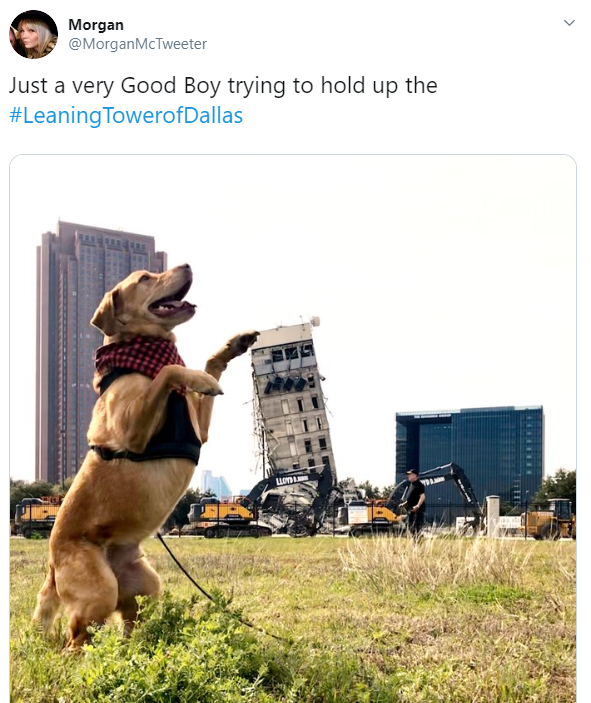 Alas, that doesn’t seem likely to happen. We know because a Lloyd B. Nabors Demolition team showed up on February 24 to take another crack at knocking the tower down.

This time, instead of using dynamite, they brought in a wrecking ball. The only problem was that said wrecking ball turned out to be woefully inadequate for the job!

As the entire city watched with bated breath, the teeny little wrecking ball smacked into the tower… and left barely a dent. That’s when the jokes and memes began in earnest. Here are our 10 favorites:

Everything is bigger in Texas.

2. Others wanted to call in Miley Cyrus. 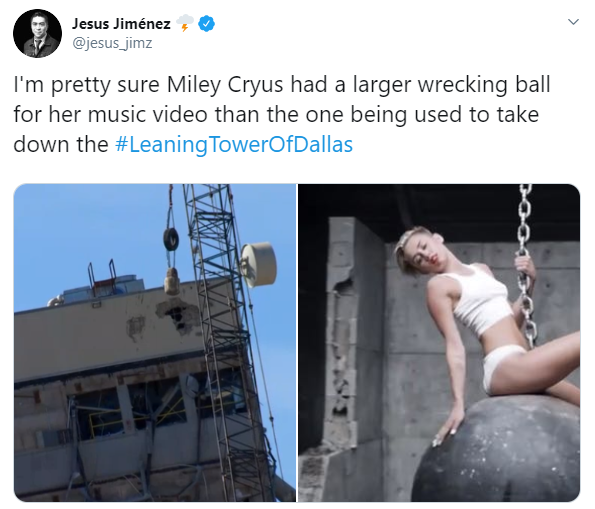 3. One woman saw the tougher-than-nails tower as a symbol of her personal life. 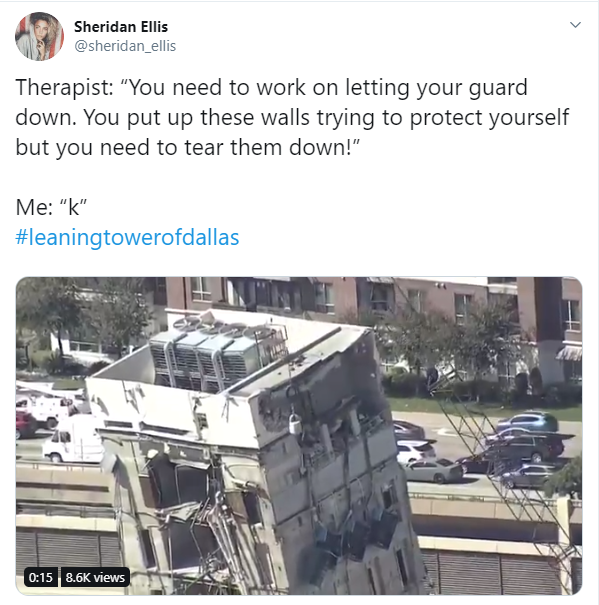 4. Spectators were getting a bit bored and were ready for more explosions! 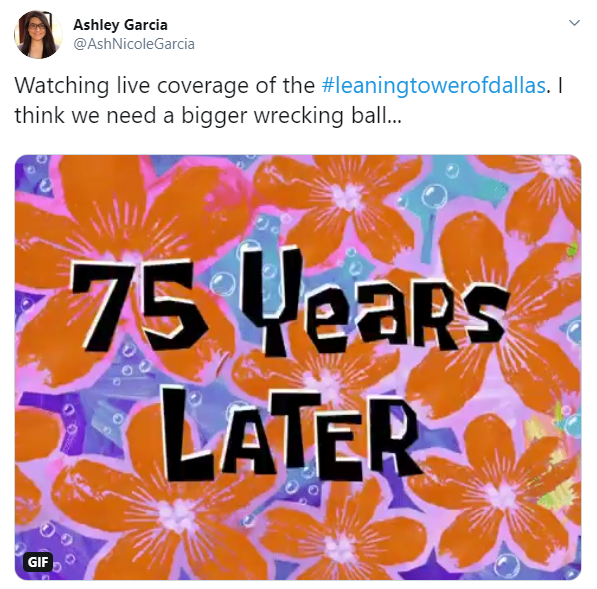 5. For others, this was just a great opportunity to crack a joke or two! 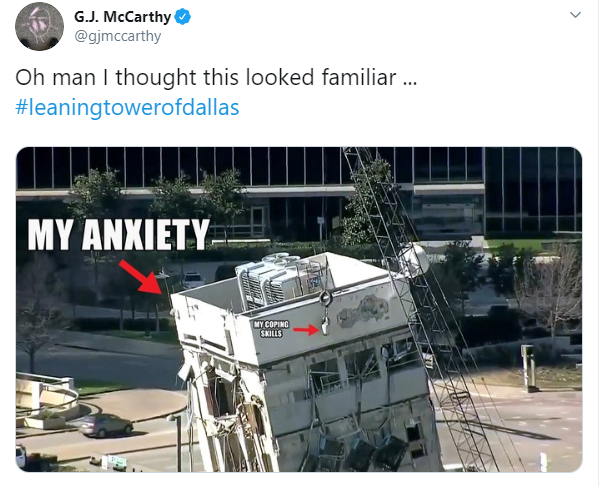 7. Or best video game ever? 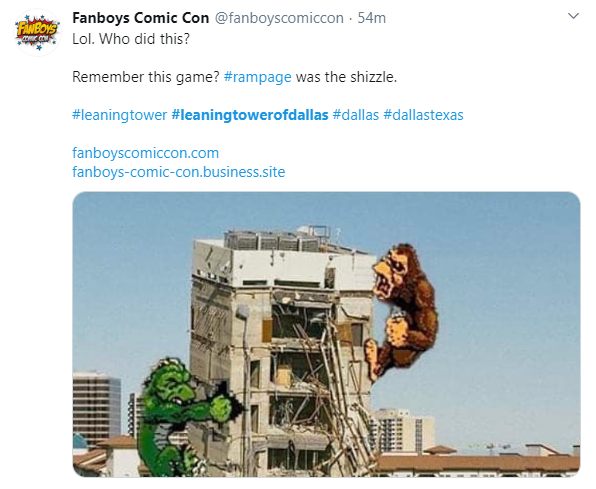 8. The tower is not taking any of it, that’s for sure. 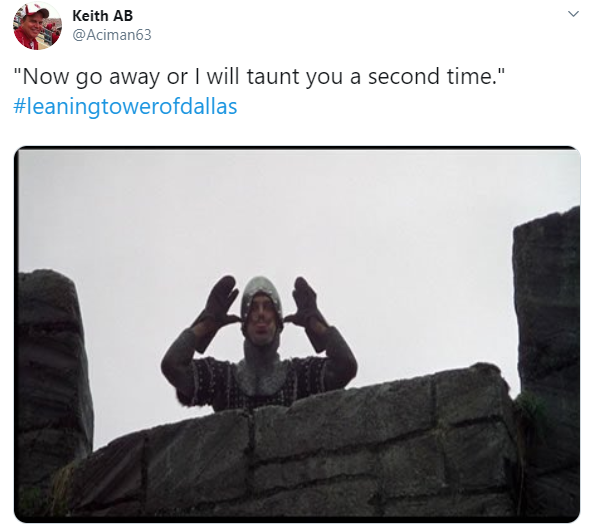 9. Just a piece of advice from a concerned citizen. 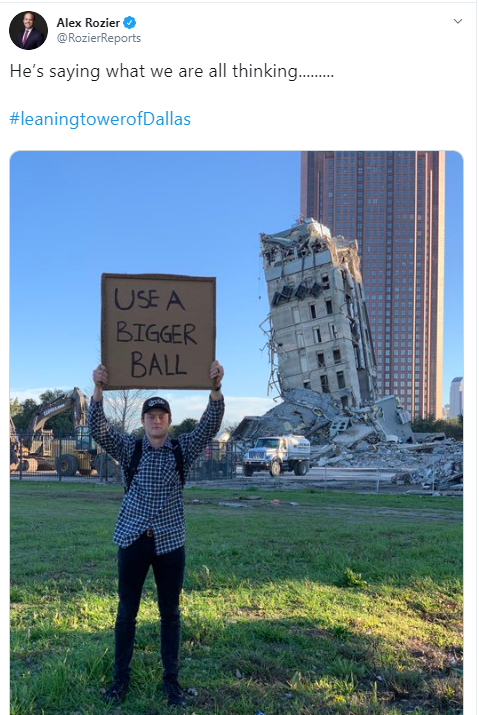 10. And then there’s this helpful suggestion.

I know! Why don’t we stand back, and shoot fireballs at it! #leaningtowerofdallas pic.twitter.com/kp03ni6nRt

We can’t wait to see what happens next. Either the Leaning Tower of Dallas will finally meet its match, or we’ll get even better reactions. Either way, we’ll win!