When it comes to decking the halls this holiday season, it might be best to keep those decorations as fake-looking as possible.

The Heerlein family of Austin, Texas, learned this lesson the hard way when a passerby was so alarmed by what he saw, he panicked and called 911! It all started when the family decided to enter a Christmas decor contest, so they went out of their way to create a display that was both festive and humorous.

Settling on a “National Lampoon’s Christmas Vacation” theme, the family carefully rigged up a dummy that looked exactly like Clark W. Griswold hanging from his rooftop.

In the classic comedy, Clark covers his entire suburban home in Christmas lights in order to create the best light display on the block. As is typical for Clark, though, everything goes a bit sideways as he’s hanging the lights, and before he knows it he’s dangling from the gutter of his roof, the ladder he’d been using dangling uselessly beneath his feet.

The Heerlein’s nod to Clark’s hi-jinks was good; probably too good. They’d scoured Goodwill shops for the exact clothes Clark wore in the scene and used a Clark Griswold mask for the face. It looked real. Too real. 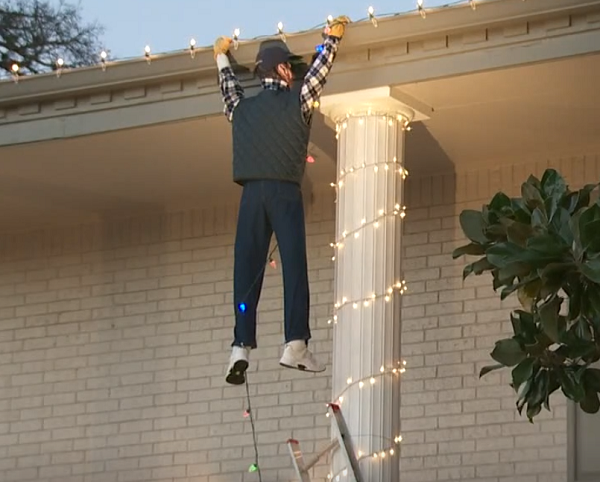 A security camera captured the hilarious moment when a retired veteran named Alfred happened to be walking past the Heerlein’s home and spotted the dangling man. Rushing to his aid, Alfred calls out for the man to hold on. “Oh mister, please hold on!” He yells as he wrestles the ladder away from where it had been affixed to the house, placing it beneath the dummy’s feet and urging him to climb down. 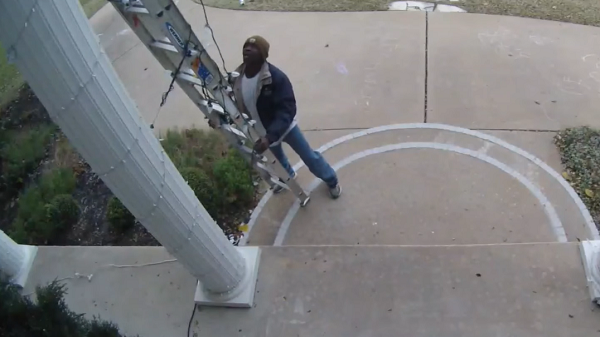 When the “man” didn’t respond, Alfred began calling out for help before finally resorting to dialing 911.

“He was doing everything he could to get the ladder! And be like ‘Save Clark!’” said Heerlein’s sister-in-law, Leah Wheless. “He didn’t give up. Whatever he had to do, he was going to save old Clark Griswold.”

Once Austin PD showed up and cleared up the whole mistake, the family felt terrible to have startled Alfred so badly. Using their security footage, they called the number he’d given to 911 and apologized for giving him such a fright. They also gave him a gift card for his trouble. 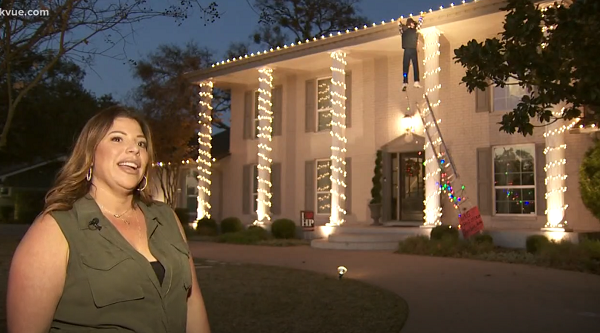 “I was trying to get him down any way I can,” Alfred later explained. “Except when I started talking to him, he never said nothing! Then I thought, ‘Oh my God I hope he’s not dead, lemme call 911.'”

While everyone including Alfred had a good laugh over the situation, the Heerlein family knew they had to do something to prevent others from making the same mistake. Now the family’s display includes a sign that reads, “Clark G. is part of our Christmas display. Please don’t call 911.” 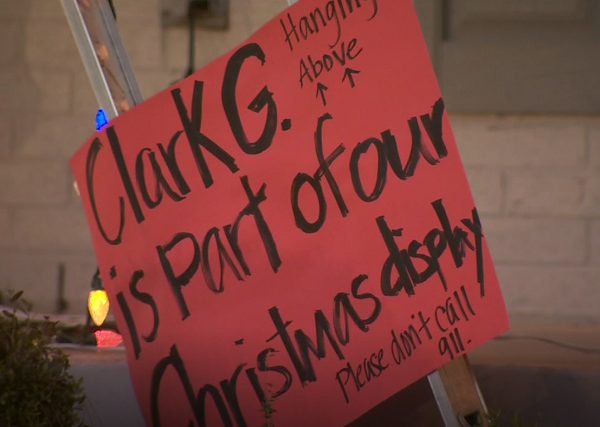 Sure, this is funny, but isn’t it wonderful to know that there are people like Alfred out there? Maybe it was his military training that kicked in, but most likely he’s just the kind of guy who is always willing to rush to help others. Thank you, Alfred!

Watch Alfred bravely trying to save Clark in the video below, and be sure to share.

GRISWOLD CHRISTMAS DECOR: All a Northwest Austin homeowner wanted was to win their annual neighborhood contest. Instead, they nearly gave a passerby a heart attack!

GRISWOLD CHRISTMAS DECOR: All a Northwest Austin homeowner wanted was to win their annual neighborhood contest. Instead, they nearly gave a passerby a heart attack! ? https://bit.ly/2FPufb9