Hearts around the world have gone out to victims of the Camp Fire in Northern California, which has left thousands homeless and scrambling for shelter after losing everything.

But earlier this week, a group of law-enforcement officers from Los Angeles jumped into action to help one of their own whose home was burned to the ground. But “Santa” and his “elves” got a head start this year to ensure he and his family had a roof over their heads on Christmas morning.

Read the full story below, as told in a November 28 Facebook post by L.A. resident and Coast Guard veteran Troy Hill…

There is a Santa! 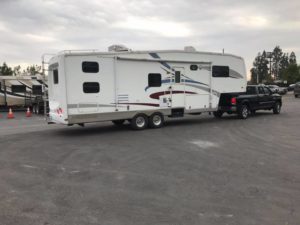 On Monday my boss informed me we were getting rid of a used trailer that we no longer needed. His wife suggested we donate it to a victim of the Paradise Fire (450 miles away). I started a search and by the end of the day it was difficult to contact victims. I could not tell a real need from a scam (people are sick). Who knew this would be so hard.

On Tuesday I suggested we donate it to a first responder. So I called the Butte County Sheriff Dept and told them what was up. Within a couple of hours I was connected to a young officer who had a wife and two small children. They had lost everything. 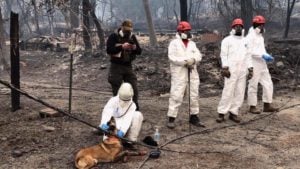 Now, the question was, how do we get this rig up there – fast. Today (Wednesday) I called both the Los Angeles Police Dept and Sheriff Dept, and although eager to help, they were not sure they could (damn lawyers).

So I then called friends within both agencies! Within 1.5 hours I had officers from both departments offering help. At 3:00 pm two off duty Deputies showed up in a truck they had to borrow from a local business. They were prepared to make the 900 mile trip tonight (a brother needed help). 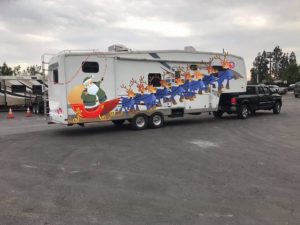 They showed up with two big bags of new toys for the kids . It was also decided we should leave everything in the RV (pots, dishes, etc) and let them decide what they could use and donate the rest. They should have a home by midnight tonight.

Some days I love my job! 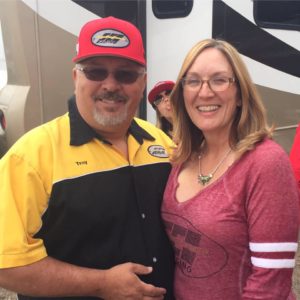 It’s been a tough few weeks here in California. This is just our way of saying thank you to all the first responders who are standing the watch.

I left names off this post, but you know who you are.
Thank you everyone!
Especially Santa’s wife, it was her idea!!!

There’s no better feeling in the world than lending a hand, even to a complete stranger.  Share to thank these men for going out of their way and to inspire others to help those around them this holiday season.