They met in 1948, when he was 24 and she only 16. But despite that eight-year age difference, they knew from almost the beginning that they had each found The One, marrying the following year and staying together for more than 60 years.

Many, many hours of that decades-long marriage were spent dining at the couple’s favorite spot, Smith’s Restaurant, in their hometown of Glennville, Georgia.

And even though she passed away three years ago, Clarence Purvis’s wife still accompanies him on their lunch dates. 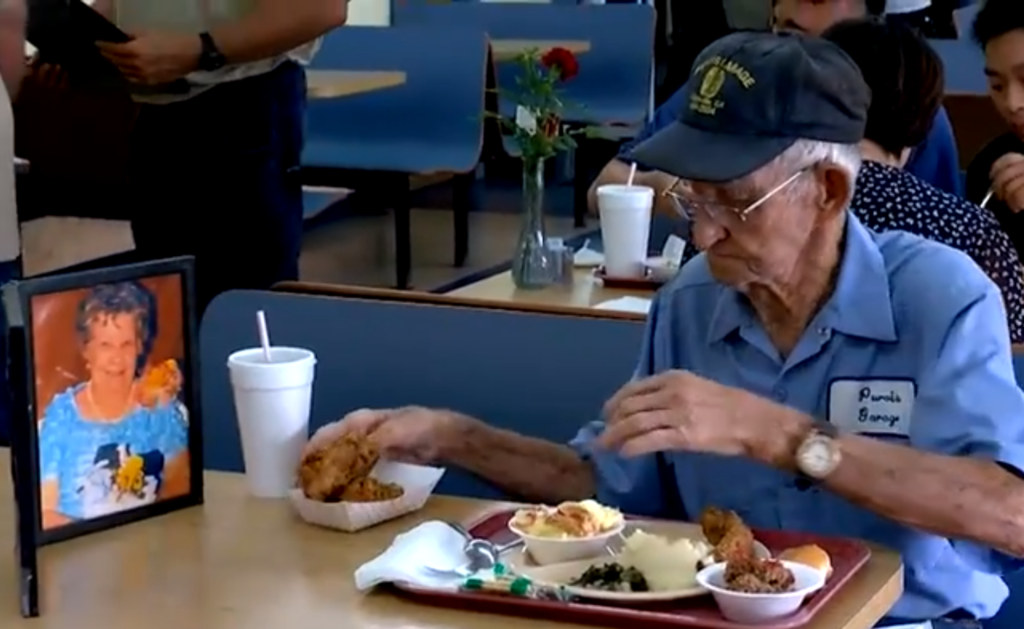 “She was always with me when we were livin’. She’s with me now,” says 93-year-old Clarence, seated at a booth surrounded by other diners – nearly all of them in pairs or groups. Two framed pictures of his late wife, Carolyn (Todd) Purvis, sit on the tabletop beside him.

She keeps him company as he works on a fried-chicken meal, served at the local eatery where the two regulars dined so often, they were considered just part of the family. 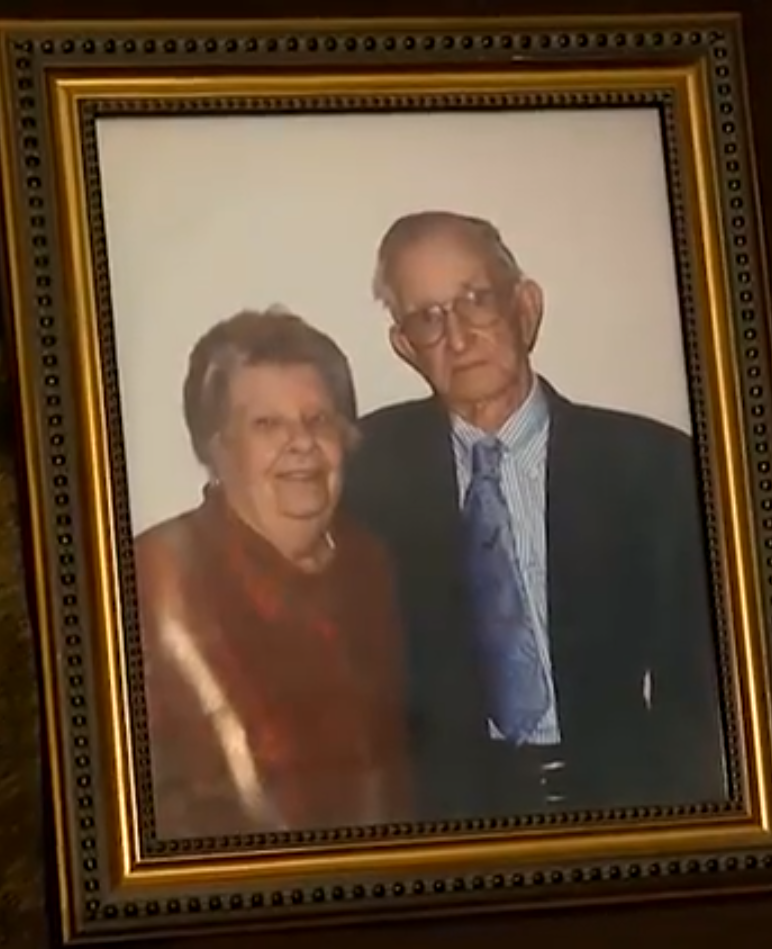 It became something of a ritual for the couple to dine there, starting in the mid-2000s, and Carolyn only stopped accompanying him (at least, in person) when she passed away in October 2013.

But it’s important to Clarence to continue that ritual, as well as others – like visiting the Glennville Cemetery where she was interred, not just once, not twice, but four times. Four times a day. That adds up to more than 120 visits each month. How’s that for devotion? 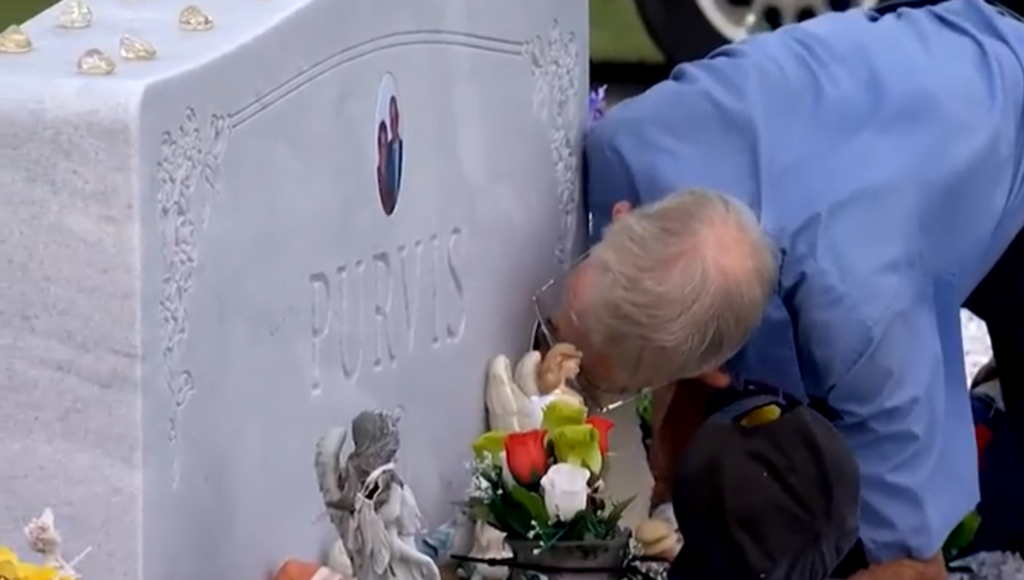 Some might see Clarence’s daily rituals as obsessive, or at least a little over-the-top. Finding another lady friend would help ease the loneliness, friends have suggested – and Carolyn would probably be okay with that, if that’s what he really wanted.

“I could ask her, could I get me a girlfriend? You know what she’d say? ‘If you want to.’ That’s how we operated.”

He’d rather have the love of his life still by his side, his forever constant companion, and in a way, she still is. 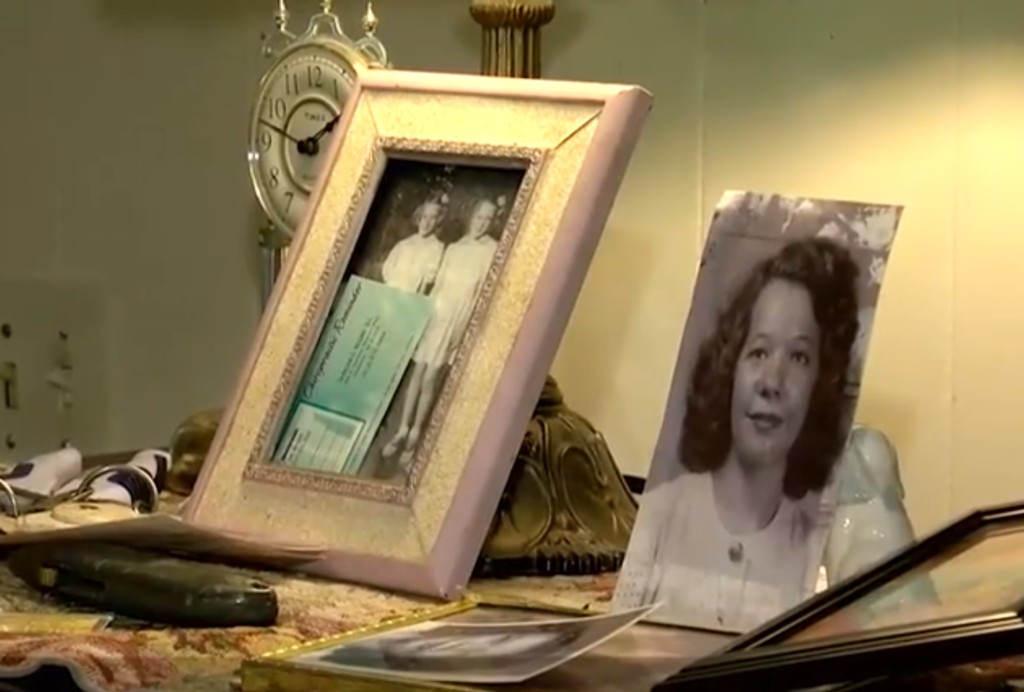 But at least for now, this devoted husband is content keeping a virtual shrine at home immaculately clean, dining with her picture and memories, and his daily visits to her gravesite. 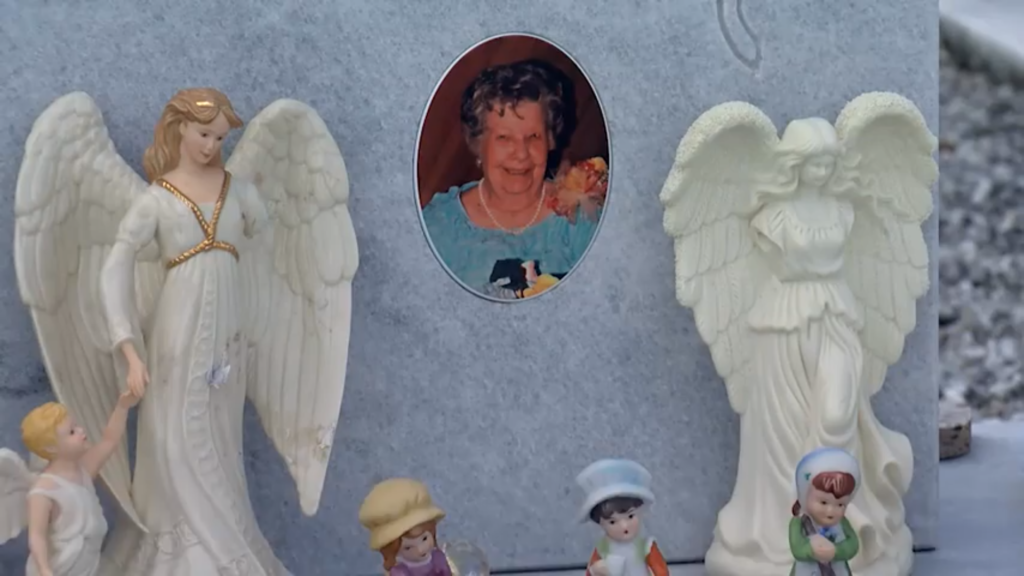 Watch the video below to hear more about this incredibly loving marriage and the devoted man who actually didn’t really mean it when he said he’d only love and cherish his wife “ ’til death do us part.” When you have a love like theirs, it never really ends.