As a little girl, all Nicole Grimes wanted was a puppy — a furry friend to confide in and lavish with love.

And when she was 10 years old, her wish came true. Nicole’s mom and grandmother had driven together to pick her up from school one day with an adorable surprise in tow. As the girl approached the car, she saw the critter sitting on her grandma’s lap, wearing a pink bow. Nicole was smitten. She named her Nana’s gift Chloe. 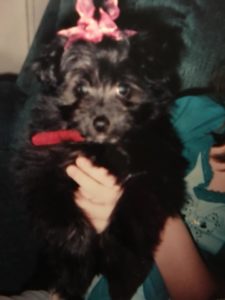 Unfortunately, the pair didn’t exactly get their “happily ever after.” After four years of blissful friendship, Nicole had to say goodbye.

When Nicole was 14, her father started working from the family’s home in Marianna, Pennsylvania. It was a customer service job, and Chloe had an issue with barking. The two couldn’t mix. Heartbroken as they were, the family decided to find a new home for Chloe. But when that failed, they took her to the Washington Humane Society, instead. 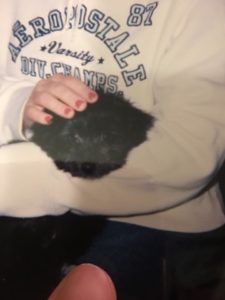 Fast forward to early 2018. Nicole was 21 years old, married, and raising her daughter, Violet, in Brownsville. She never knew where Chloe ended up, but she always wondered, especially after her grandma passed away. And around this time, she was considering adopting another dog. She wanted her little girl to experience the same joy she did all those years ago. Then she saw the Facebook post. 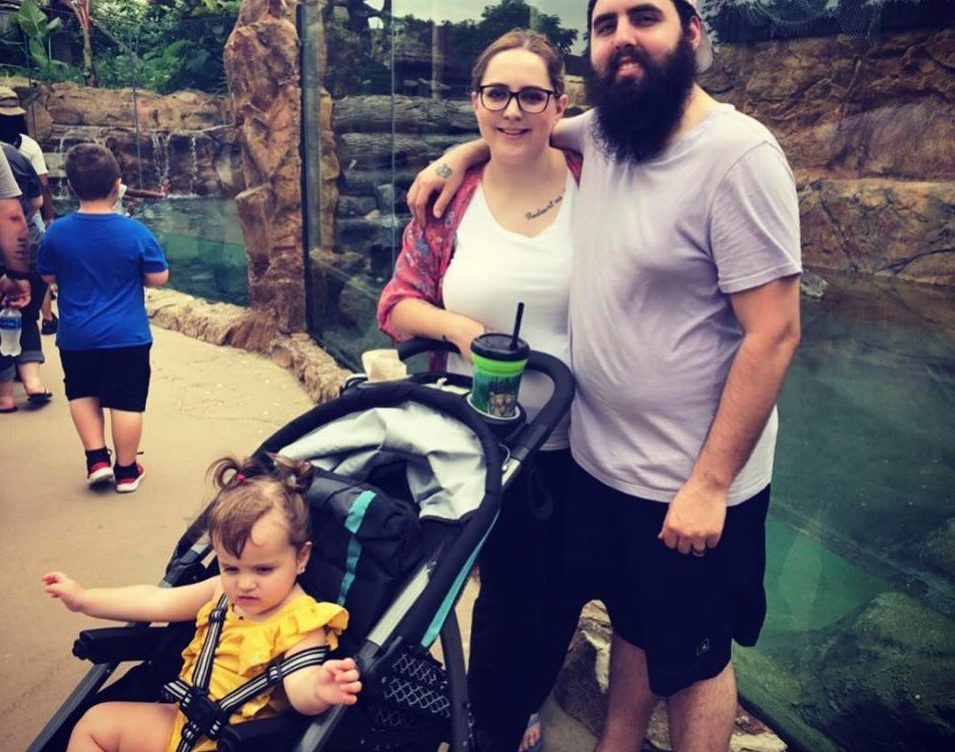 One of Nicole’s friends on the site had been trying to rehome their senior dog — a pomeranian-poodle mix that looked just like Chloe… and even shared the same name!

“On a whim I said I’d take her in! I just had this feeling,” Nicole recalled. 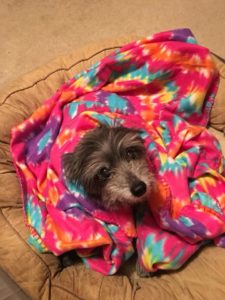 It turns out her intuition served her well.

“When we got her, right away she just fit right in. There was just something about her!! As the day went on, different things she did/how she acted was EXACTLY what my old Chloe did,” Nicole added. “I just knew in my heart this was my Chloe.”

Nicole’s mom called the Washington Area Humane Society to ask for Chloe’s microchip number, and when Nicole took the dog to have hers scanned at the vet’s, she got her confirmation. This was, in fact, her childhood pet. 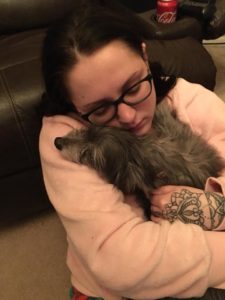 What’s even better is that during their time apart, Chloe had a great life. She was adopted by an elderly couple, whom she lived with for almost seven years. After they died, a neighbor took Chloe in — Nicole’s Facebook friend.

“My mom has prayed lately for a sign from my nana and we know this is it. I am so happy, excited, blessed to have this beloved dog back and to get to love her for the remainder of her life. I never in my wildest dreams thought I’d ever see this dog again but here she is.”

Now she says Chloe and Violet share their own special bond. Nicole has since had a son, Jonah, and we’re sure all three will become the best of friends. Best of all, though, is that Chloe will spend the rest of her days with Nicole by her side. 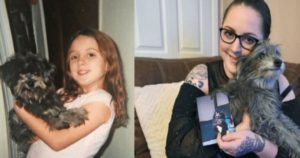 Brighten others’ days by sharing this story of best friends reuniting.