Homelessness is a complex issue with no simple solutions. But if you ask 10-year-old Chase Hansen, making a difference is as easy as having a conversation.

After all, everyone craves human connection, but it’s something that many people living on the streets go without. They’re used to being ignored, which is why Chase and his dad are making it a point to really see them. 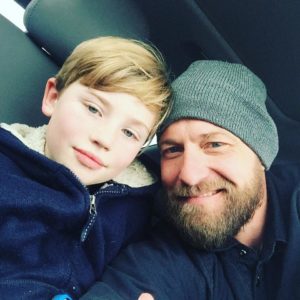 The first time Chase remembers noticing someone who was homeless was at Salt Lake City’s outdoor Gateway mall. The then 4-year-old didn’t understand why they didn’t have anywhere to go, so John turned the question into a teaching moment. After he explained how we can all fall on hard times, the two of them agreed they wanted to help.

Together, they began Project Empathy, a social impact organization that fosters friendships and provides resources to individuals living on the streets.

They started by handing out smoothies to people at a park, and now every week, they take new friends out to lunch.

Wise beyond his years, Chase understands how important it is to feel valuable. That’s why he takes the time to get to know these strangers by asking about their lives and learning about their interests and hardships.

“I know now that they’re people just like us,” he told Washington Post. “They want to make a connection and not feel so alone in the world.” 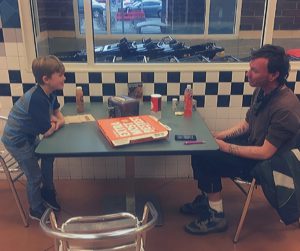 Since the compassionate pair created Project Empathy, they’ve shared more than 150 meals and have even traveled to Las Vegas and Phoenix to serve food at shelters.

“Chase and I realized that the country needed an army of people to practice empathy, and that by doing something as simple as taking a homeless person to lunch, we could maybe inspire others to do the same,” John said. “Any time you can help to give someone a voice, it’s empowering.”

At the end of the day, John couldn’t be more proud of his son, who recently received a service recognition award from Lt. Gov. Spencer Cox. 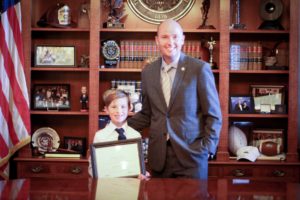 It just goes to show that all of us can make a difference! Thank you, Chase and John, for treating your friends with the kindness and dignity they deserve.

Learn more about Project Empathy in the video below, and share to spread the word about Chase’s important work!