Bullying is a horrendous thing. Time and time again, we’ve seen how bullying has the power to tear people down, and we’ve seen victims of bullying overcome in powerful ways.

One encouraging message we’ve heard victims of bullying share is this: it gets better. A man named ChadMichael Morrisette, now age 34, knows this to be true. 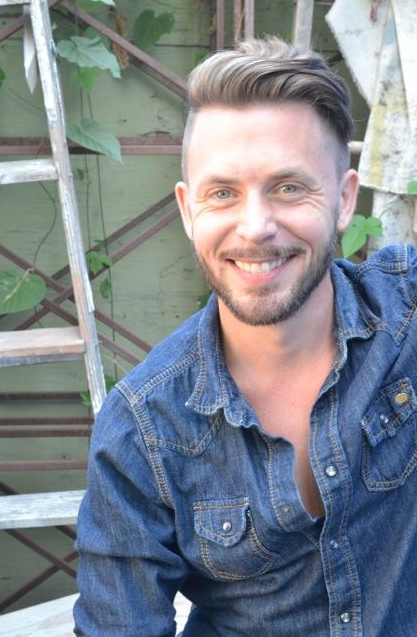 Chad was bullied horribly in junior high by his school’s football team, but– 20 years later– he’d healed and put the past behind him.

Until one day, a bully from his past unexpectedly reached out.

The former bully is now a dad named Louie Armundson. Louie’s daughter was working on a project in school about bullying when she asked her dad, “Have you ever bullied someone?” Louie thought about it and decided to be honest with his daughter. He told her had bullied someone– Chad– but he decided right then and there to reach out and make things right. 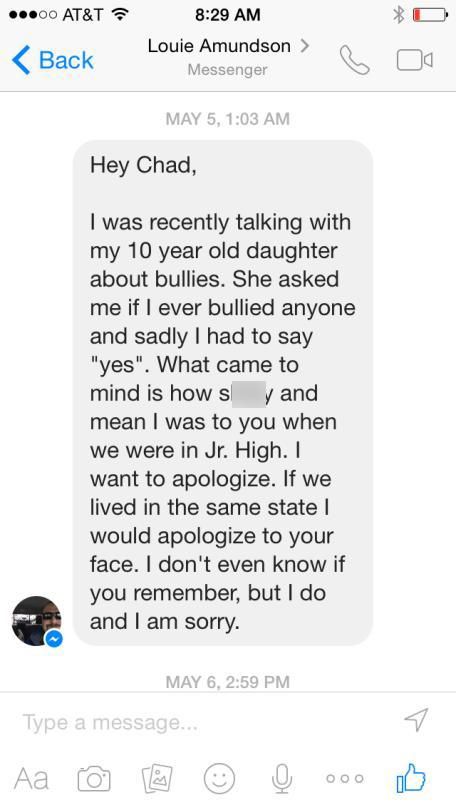 Chad was absolutely stunned by Louie’s message. He didn’t even remember Louie specifically, but he did remember the bullying. “[The message] unlocked something in me I didn’t realize I’d been holding onto,” said Chad. “I cried a little bit. It was so moving.”

Chad replied the next day with a response to Louie’s apology, and his words of forgiveness blew Louie away. 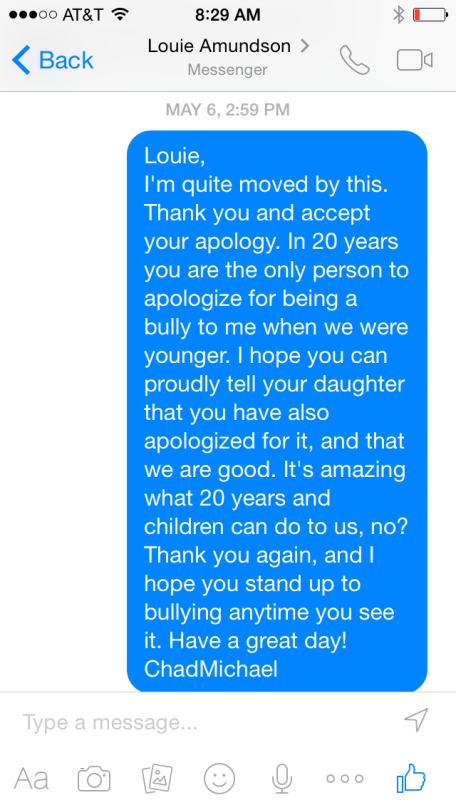 “I felt humbled and ashamed and relieved all at once,” said Louie of Chad’s response. “I owed him that apology, he did not owe me his forgiveness. The fact that he was able to forgive me showed that I may have been the bigger kid, but he is the bigger man.” 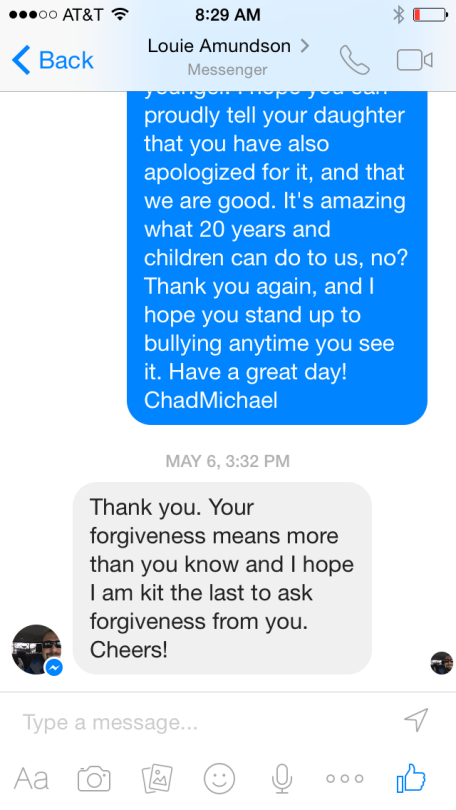 Chad posted the exchange online in hopes that it will inspire bullies to follow Louie’s example and own up to their actions. He also posted it so that those who are bullied will know one thing: “It does get better.”

“It doesn’t get better in a year or two, necessarily,” said Chad. “But twenty years later you’ll look back and realize, it is better.”