Chief Judge Frank Caprio has a soft spot for kids.

Though on first glance, the Providence, Rhode Island, judge looks like any other justice of the court — serious, unforgiving, and a stickler for the rules — but once he starts talking, it’s clear that he has a big heart. Not only does he give people second chances, he listens to their stories, and takes everything into account — including how cute their kid is.

That’s exactly what happened when mom Samantha and her daughter Alexa took the stand last month.

Samantha was appearing in court for allegedly running a red light. Judge Caprio was ruling on whether to fine her or let her off. 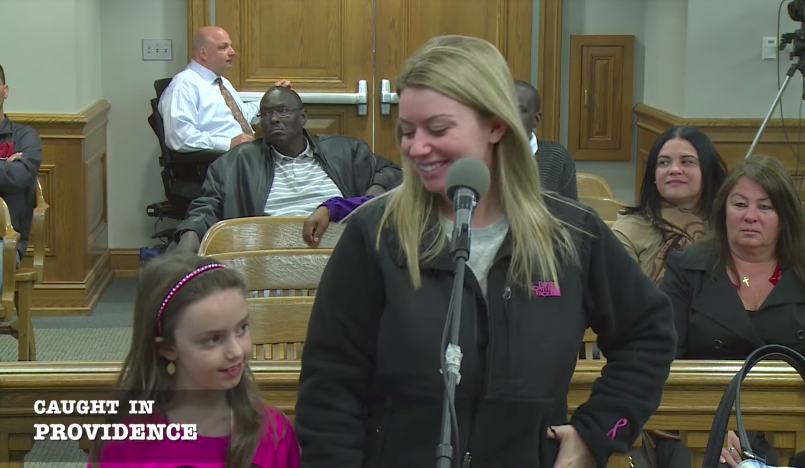 When the judge saw Samantha’s daughter, though, he asked if she’d like to help out with the case from the bench. Naturally, she accepted. 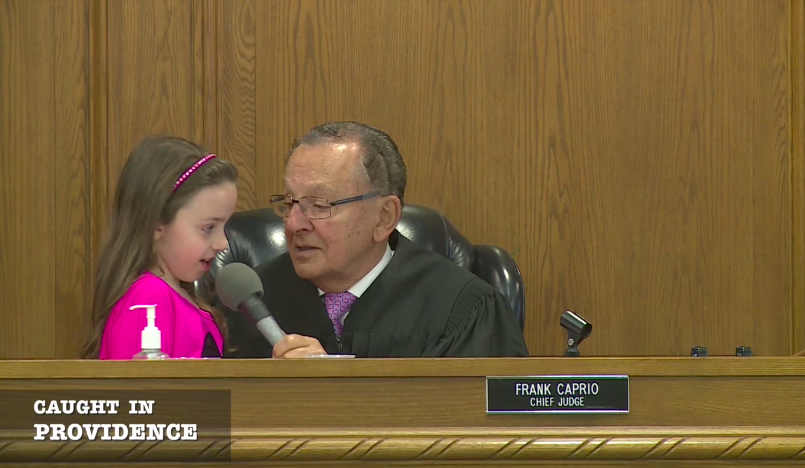 Judge Caprio immediately started questioning Alexa, asking her everything from where she goes to school to what she wants to be when she grows up — a veterinarian, by the way — and what her favorite animal is.

He looks over to Samantha and says, “she’s precious,” and it’s clear everyone in court agrees as they laugh along. 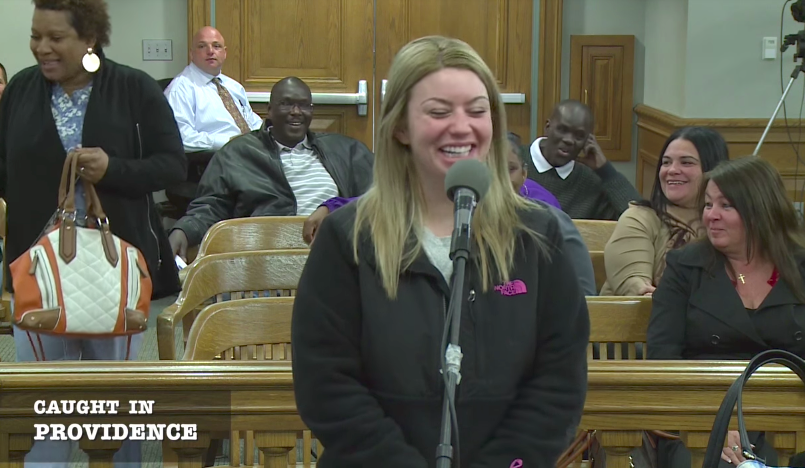 Finally, it came time to review the evidence. Judge Caprio pulled up the traffic video of her mom running the light and had Alexa watch with him. When asked if he should dismiss the case, she said yes, but her reasoning is what truly had everyone cracking up. 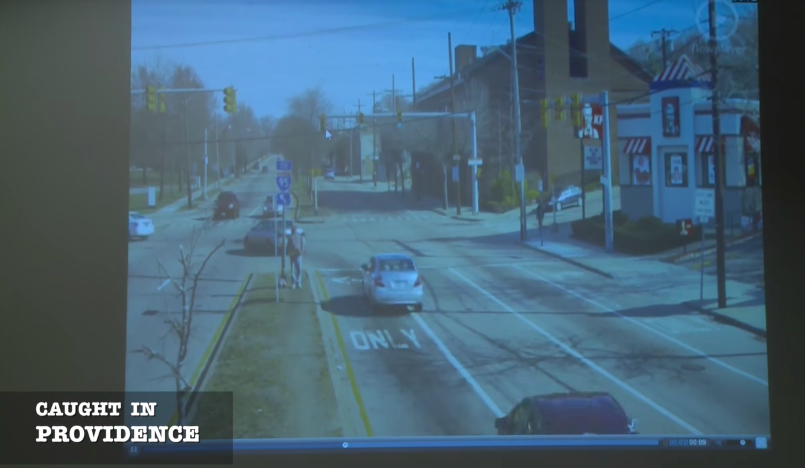 “Cause mom was frightened by the man there…” Alexa said cautiously. “Did you tell her to say that?” the judge asked Samantha. “She’s good,” he continued. Judge Caprio went on to say that Alexa had made a very “impassioned plea.”

Watch the video below to see why the judge ends up dismissing the case. And don’t forget to share this — Alexa may end up being a judge someday, after that performance!