This isn’t the first time we’ve told you about Amy Beth Gardner. The mom has gone viral multiple times with her beautifully written and incredibly honest Facebook statuses about raising two young girls.

Whether she’s using a tube of toothpaste to illustrate the power of words or introducing her daughters to the magic of Disney, it seems Amy Beth is always teaching us a new lesson about motherhood.

But maybe Amy Beth is able to write passionately about her experience as a mom because hers hasn’t been an easy journey. She and her husband struggled with infertility before making the decision to become foster parents to children in need. 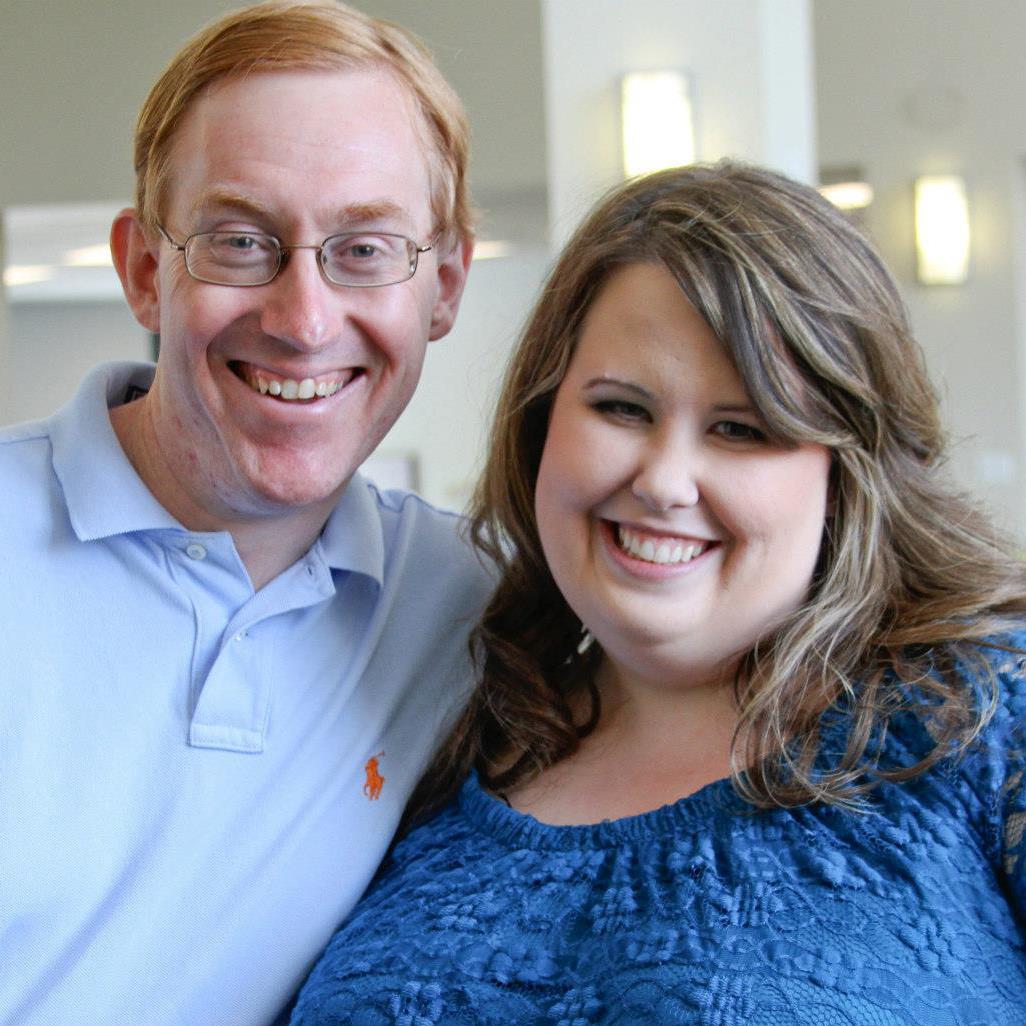 Months later, caseworkers appeared at their door, close to midnight, with two scared young girls– a 5-year-old and 9-year-old–  in tow. 509 days later, Amy Beth and her husband officially became parents to Bridgett and Breona.

Now the little family is close as can be, but– despite the joy and love Bridgett and Breona now feel every day– there are still things that spark old, painful memories. Amy Beth recently shared a powerful story of how Halloween caused one of her daughters to recall one such memory… but Amy Beth’s story ends with the most beautiful picture of redemption.

Check out her story below:

My youngest daughter was five years old when she came to us via foster care.

As we approached our first Halloween together, I noticed that she and her nine year old sister froze in fear each time I mentioned the upcoming holiday. I finally asked the girls if they had ever experienced Halloween before coming to live with us and was horrified by their answer.

They took turns telling me about how they had once been given candy for Halloween only to have an adult take the candy and eat it in front of them while making them watch. When the girls began to cry, the adult handed them the brown paper wrappers that had been holding the chocolate peanut butter cups and forced them to eat the empty wrappers — a cruel way to give the girls a literal taste of what they were missing out on that Halloween evening.

With this story in mind, I knew that I needed to approach our first Halloween with them cautiously. My instincts were confirmed when I noticed that the girls were discreetly counting the pieces of candy they received as they walked from house to house in their adorable costumes.

For weeks after Halloween, despite our assurances that we would not eat their candy, the girls asked if they could recount the pieces before going to bed. I would sit and count their candy with them night after night, earning their trust one lollipop at a time. 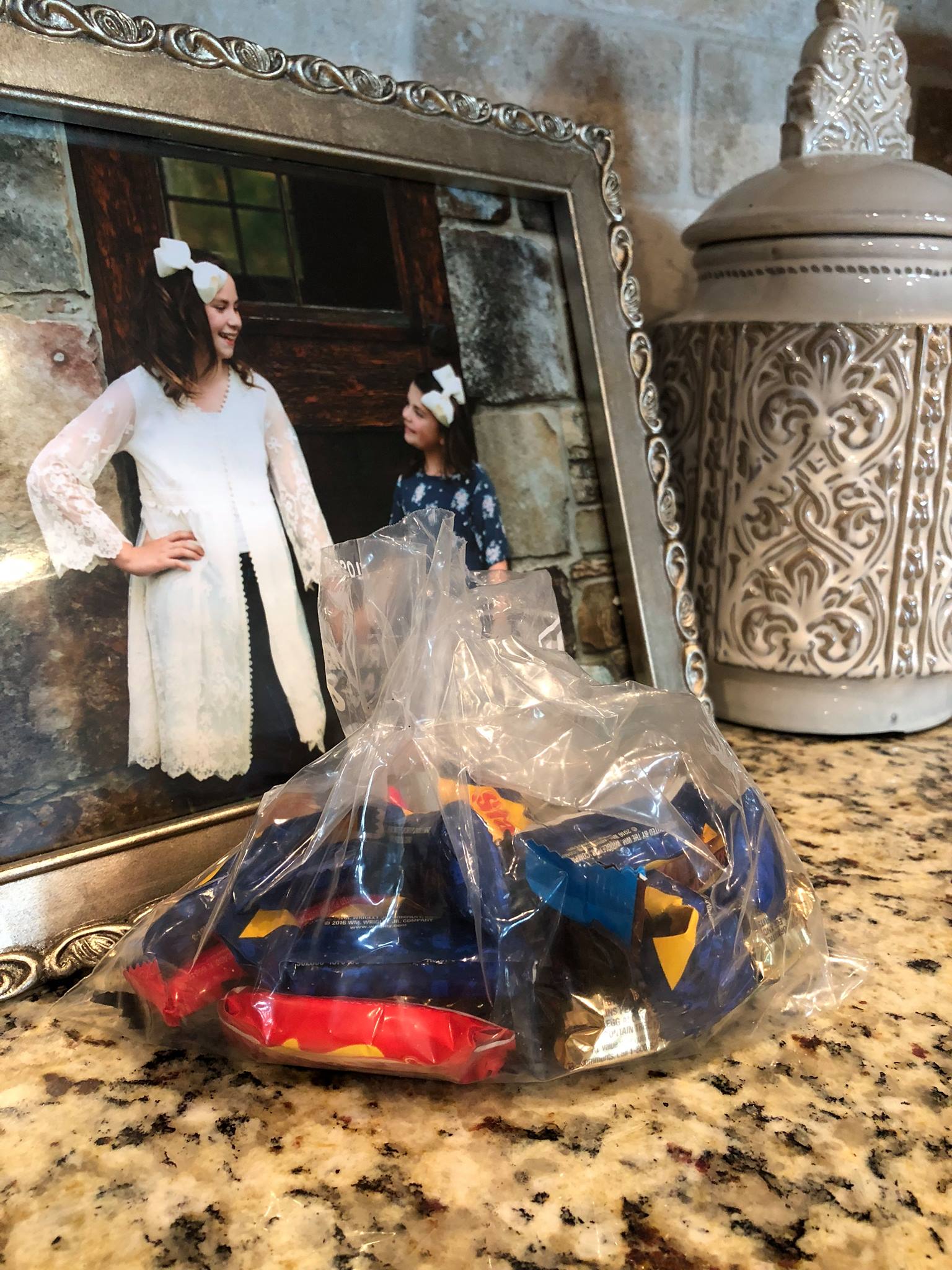 That was fall of 2014. They are now adopted and thriving in our home but each October the story of the one Halloween that they were forced to eat empty candy wrappers resurfaces in their young minds.

Last night, as I was cleaning up our kitchen after dinner, I noticed my youngest daughter rooting around in the pantry. As I finished wiping down our countertops, she approached me with a bag of candy she had collected while at a recent Halloween event.

She had wrapped the bag in a piece of paper and it was clear she was presenting it to me as a gift. As I pulled the piece of paper off the bag, I saw these words scrawled in her sweet third grade handwriting:

“Mom, I want to give you a taste of how much love I have for you by giving you my candy.”

Let that sink in for a moment. This child, who was once forced to eat empty candy wrappers, went through her bag of Halloween candy to select pieces she thought I would enjoy and then gave them to me as a gift.

She didn’t choose her least favorite candies or only pick out one or two pieces to give. She filled a bag full of her very favorite pieces and gave them to me with so much earnest pride on her face that I could cry just typing these words.

You have gifts to offer, too. But, like my daughter and her candy, I’m almost certain that your most valuable gift is connected to deeply rooted pain in your life. You and I have the opportunity daily to make the choice to take the terrible things that have happened to us and turn them into gifts to offer to this hurting world.

My daughter’s gift of candy was priceless because of what it cost her. She chose to give despite what had been done to her. What if you and I show that same kind of courage today as we take inventory of our own pain — and allow the bitter to become sweet?

Wow. What an incredible illustration of a child’s capacity for love, even in the wake of such pain.

Share if this mom’s words touched your heart today!

Sometimes parenting more than one child at a time can feel like herding cats. Apparently, humans aren't the only species with their hands full. In a video, residents in Winchester,...

In Antrona Valley Natural Park in Italy, the Cingino Dam stands over 1.4 miles high and holds back a 5-mile reservoir of river water. While it's an impressive structure, it's...