Baby animals find themselves in all sorts of weird predicaments, whether it’s falling into ditches,  getting stuck in impossibly tight spaces or nearly drowning during a swim across a lake. Wild animals may normally be wary of humans, but in cases like these, they’re certainly grateful for rescuers like the men below!

Back in 2015, two Canadians were fishing in a lake in southeastern Ontario when they heard a series of high-pitched cries of distress. They drew closer to the shoreline and realized the cries were coming from a baby moose which had fallen into the muddy waters. 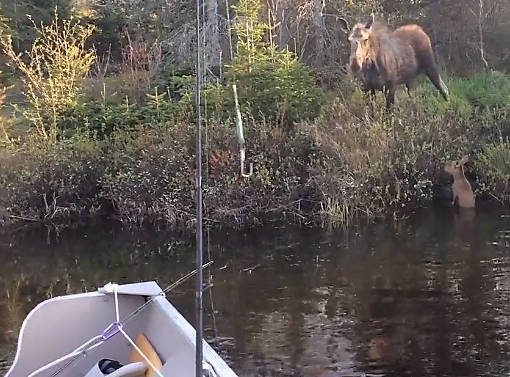 Mama moose stood at the top of the embankment, watching helplessly as her baby struggled in vain to climb back up.

Initially, they left it up to the mother to rescue her baby. But about an hour later, they returned to the scene to check on the baby’s progress and realized the mother was nowhere to be seen. The baby was still there, “still whimpering and struggling to get on shore.” 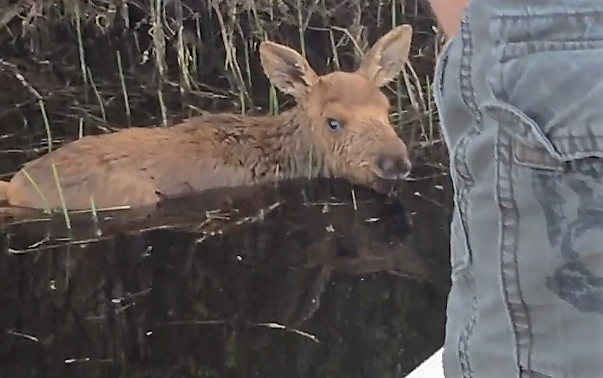 “We noticed that the calf was extremely exhausted because the calf started to blow bubbles out of its nose,” one of the men wrote on Liveleak. “At that time we figured it was safe to help.” 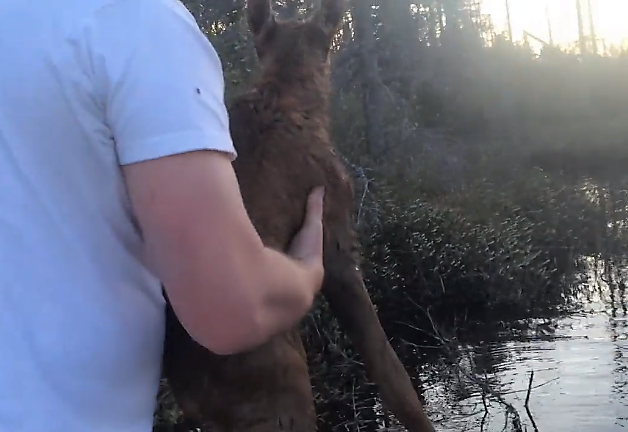 Bet these fishermen never pulled anything like this out of a lake before. Watch the rescue in the video below, and share to spread smiles!