When Camden Whiddon was born, his parents didn’t think he’d ever have a chance to lead a “normal” life. Four years later, he’s proving to everyone that he’s ready to take on the world.

Camden has amelia-phocomelia, a condition which caused him to be born without arms or legs. When his mother, Katie Whiddon of Denton, Texas, found out about his condition when she was 18 weeks pregnant, she feared she’d never be able to care for the little boy due to the special needs he’d have. Would he ever be able to do the things other kids can do, like walk, throw a ball, or make friends?

As it turns out, the answer to all of those questions is a resounding yes. 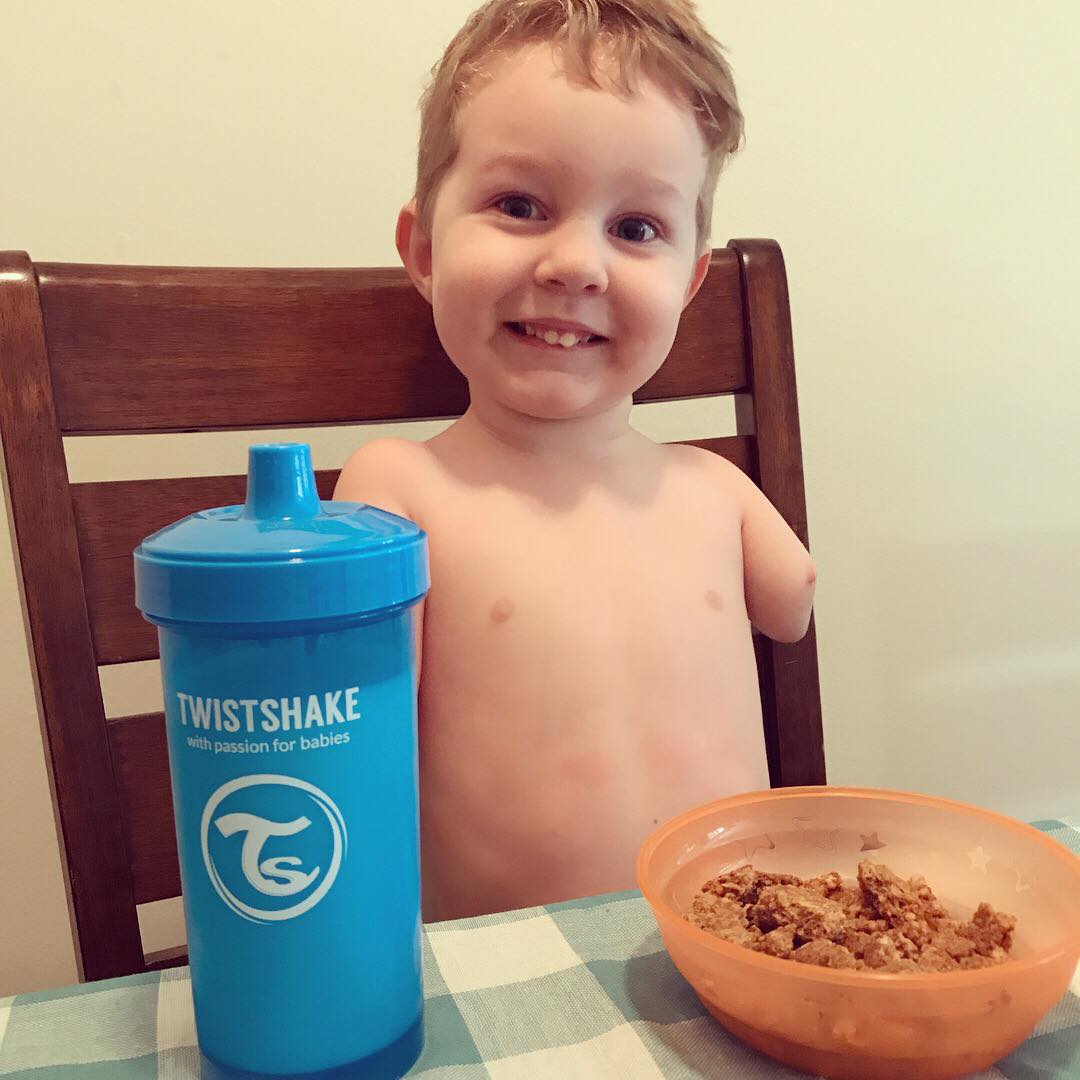 “When I first found out he wouldn’t have arms or legs, I thought that he would just be a vegetable … I didn’t know what to expect,” Katie said. “I had just turned 19 and I didn’t know, ‘Am I gonna be able to be good enough for him?'”

By the time Camden was two months old, he was already surprising the family with his progress. “I saw him out the corner of my eye and he was hitting the toys with his arms. I started to cry, I was just so happy and that confirmed that he was gonna be able to do things,” she said. 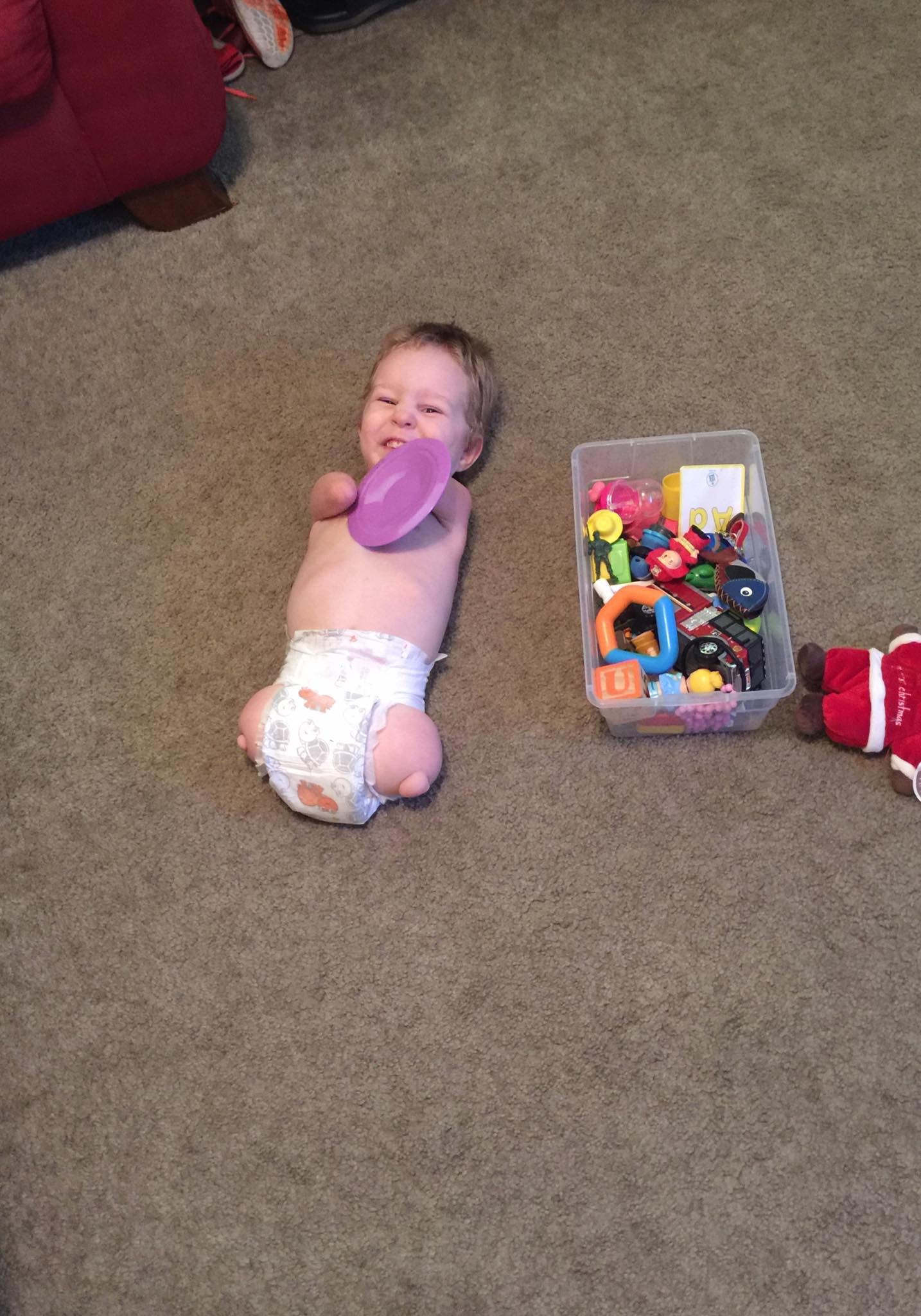 Camden continues to flourish, reaching milestone after milestone and blowing everyone away with his “can-do” attitude and good-natured personality.

Now, Camden has done something truly amazing for a person who was born without legs: He started walking! 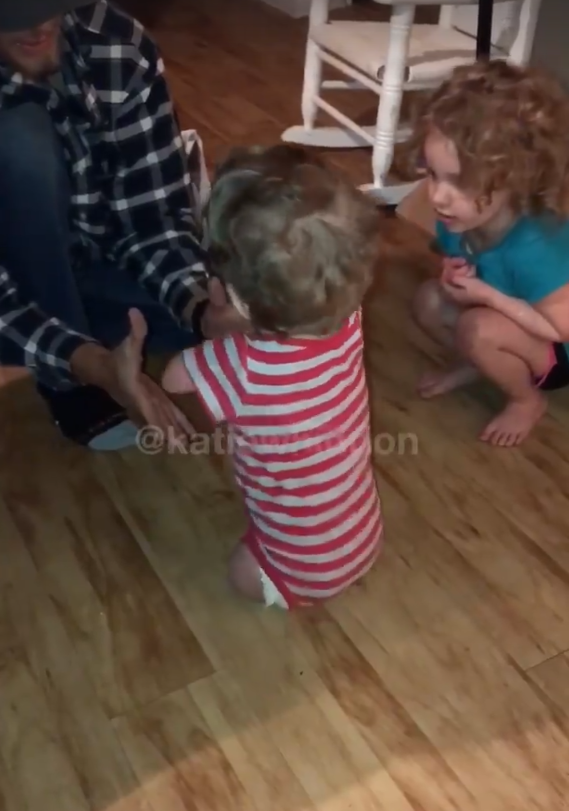 “I’m coming to you!” Camden says in the video his mother took of the big moment. “I’m walking!”

As he rushes into the waiting arms of Whiddon’s boyfriend, Cole Greene, his little sister Ryleigh cheers him on. 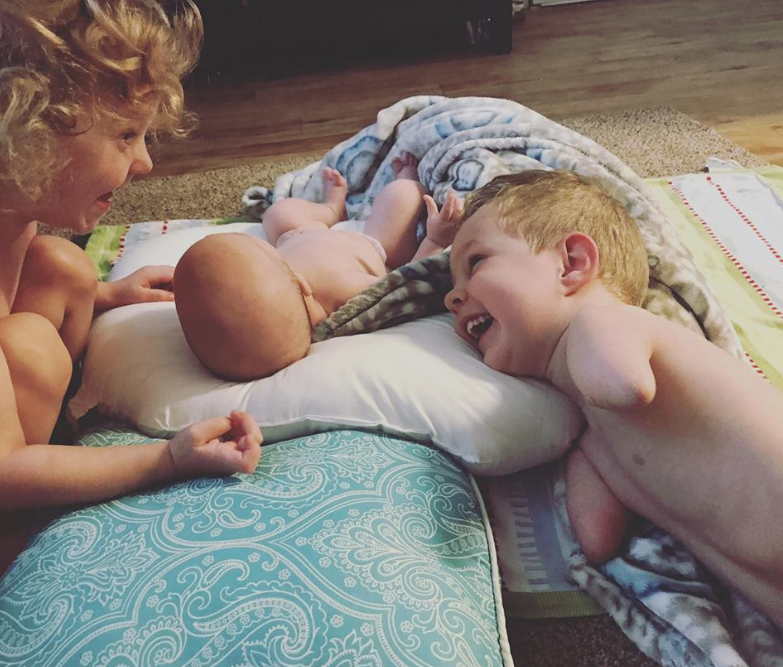 In the video, you can hear Camden excitedly saying that he’s “walking like Nick.” He’s referring to motivational speaker and author Nick Vujicic, who was born with a similar condition. Camden had a chance to meet Nick in 2017, and the entire family was encouraged and inspired by how much he’s accomplished in his life — all without arms or legs. 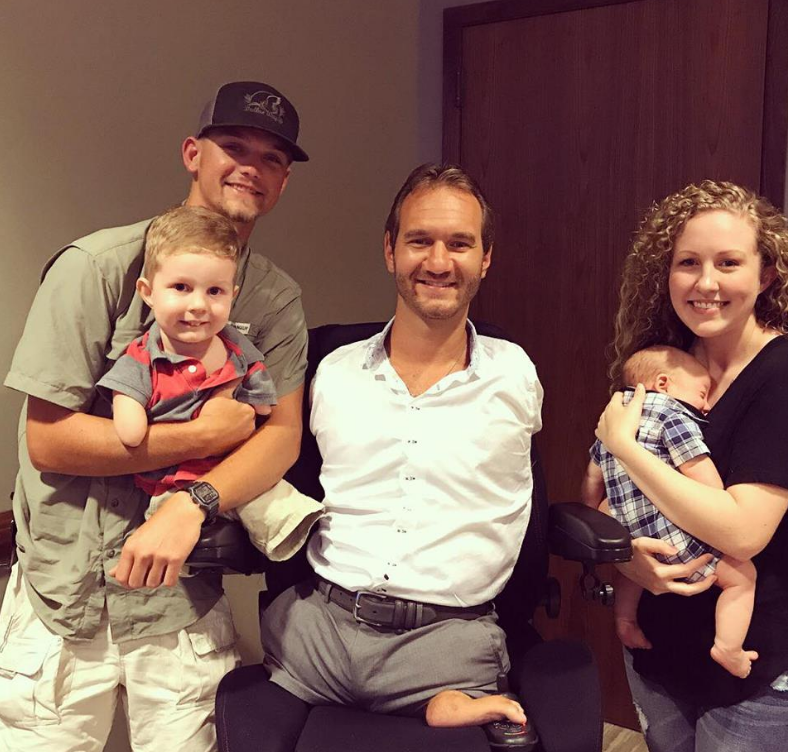 Now that Camden is officially walking, who knows what challenges he’ll tackle next.

“We started crying, we were so proud,” Katie said. “I didn’t know when that day would come. I didn’t think he was ready for it yet and I was just so shocked and happy. It was so exciting and Ryleigh was over there jumping, excited.” 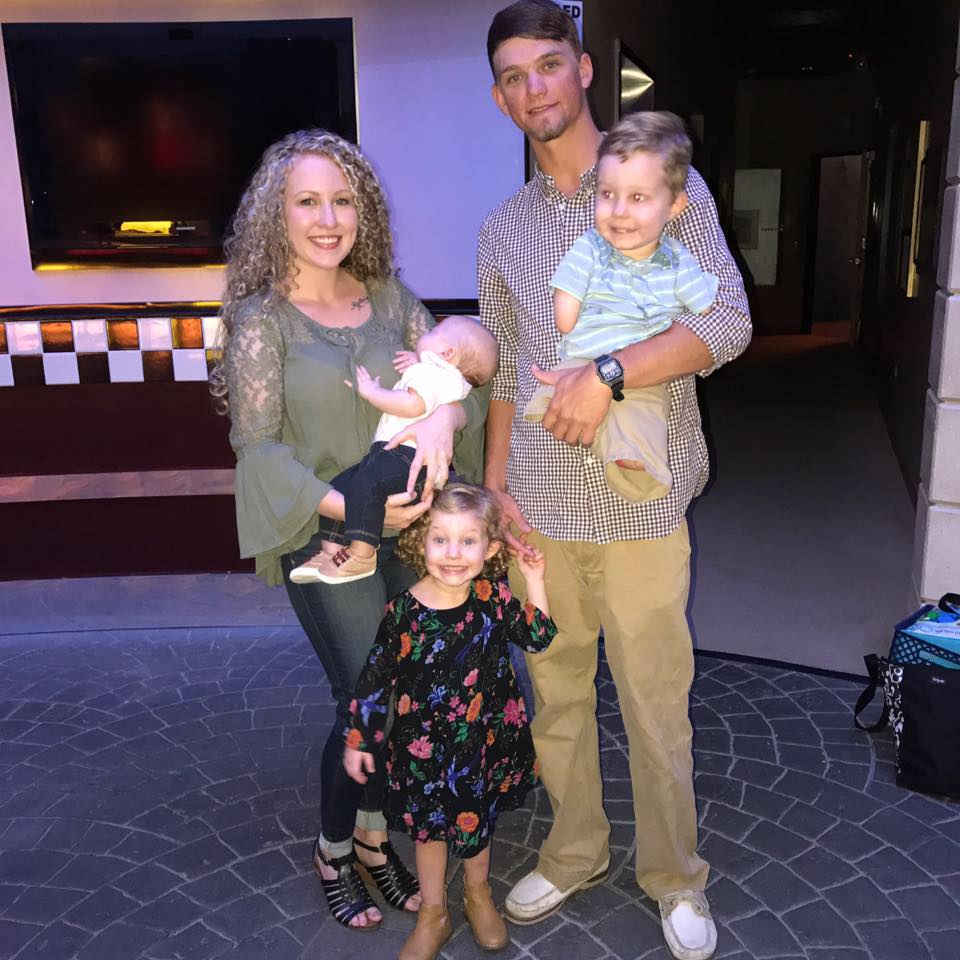 Something tells us that Camden isn’t finished surprising the world with his accomplishments. His family, who know him best, think it’s just a matter of time before he helps everyone gain a better understanding of what it means to live with a disability.

“Call it mother’s intuition, but I feel like he’s gonna be one of those motivational speakers and now, giving him the exposure will give him a platform so when he’s ready to speak for himself he will have people who actually want to listen to him and care about what he has to say.” 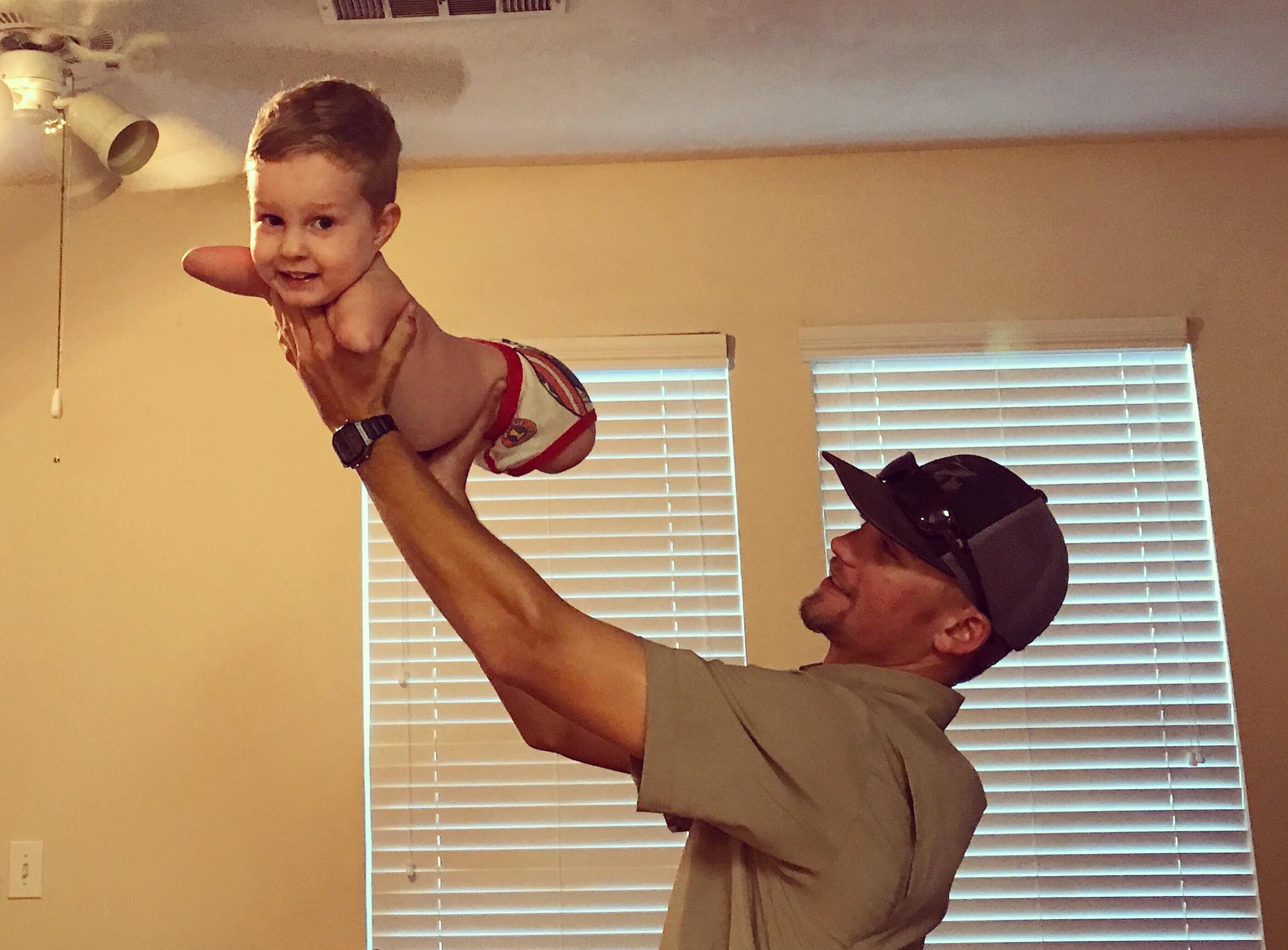 The sky’s the limit, Camden!

Watch this incredible child take his first steps in the video below, and don’t forget to share!

With some coaching and a pep talk from his Daddy, CAMDEN FINALLY LEARNED HOW TO WALK! I cried like a baby! I’ve been looking forward to this moment for the past 4 years and it finally happened! I am SO proud of Camden and I am SO BLESSED to be his Momma! ?To use this video in a commercial player or in broadcasts, please email licensing@storyful.com