Meet Greta, a bulldog puppy who’s the star of a viral video that’s been viewed over 6 million times since it hit the web in 2017. Even though when the video was made she’d only been in the world for a few weeks, that didn’t stop this little spitfire from giving her owner some serious ‘tude when he wouldn’t give her a spot on the couch. 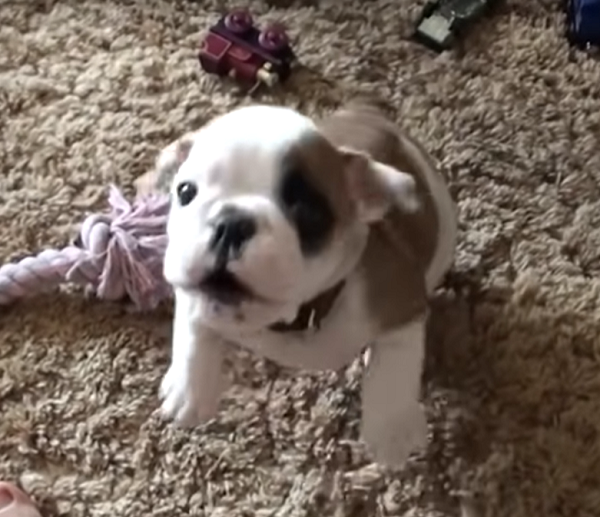 The video shows the tiny puppy sitting on the floor at her owner’s feet as he has a little conversation with her. The gist of their conversation is simple: Greta thinks she should be able to sit on the couch next to him, and he disagrees. Greta shows her frustration at this unsatisfactory arrangement by testing out her growling and barking.

If you’ve never seen a baby bulldog trying to look ferocious, you’re in for a treat! Greta is too cute for words as she musters a pint-sized growl and yips emphatically. Her dog-dad can’t stop chuckling at her as she gets more and more worked up. As viewers we are cheering when he finally relents and lifts her up onto the sofa beside him. We would have caved much sooner than he did! 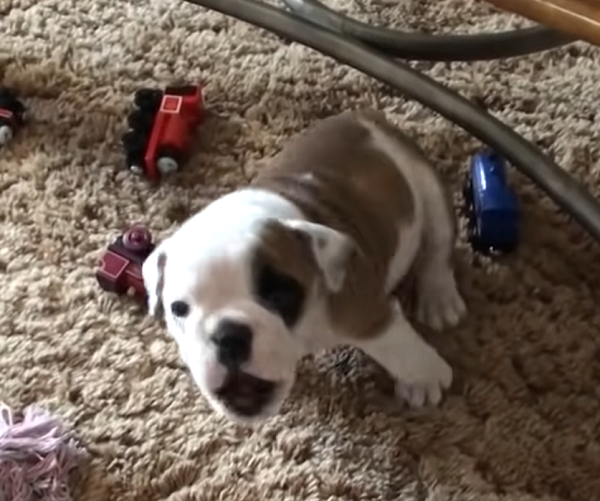 There’s a reason that this video has become so well-liked! Greta is the sweetest little tough girl we’ve ever seen. We’re sure she has grown up and has a big girl bark by now, but we’re so glad we will always have this video to remember when she was just a sassy little pupper!

Watch Greta grousing at her dad in the video below, and don’t forget to share.