If you have siblings, then you know that annoying the heck out of them is a childhood rite of passage.

Any kiddo worth their salt has gone out of their way to get under their brothers’ and sisters’ skin because really, what else would they be doing? Dealing with little siblings stealing the limelight keeps us humble well into adulthood, after all. One brother, in particular, knows a thing or two about that. While his sisters were recording a new cheer routine one day, he decided that he’d seize the opportunity to show them a thing or two about dancing. 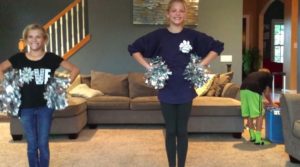 All siblings know that trying to do literally anything in peace is out of the question. It is just not the way this works. 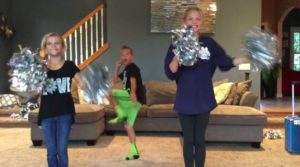 As the sisters set up to start their routine, their brother decided that this was his world and they were just living in it. This is a basic tenet of little brother-dom, as we all know. 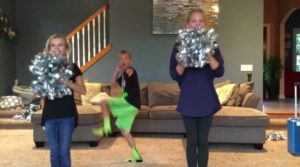 They threw their pom-poms in the air while the stealthy, sock-footed brother made his way quietly into the background of the video. He had moves and he would not rest until he shared them with the world. What else is the internet even for? 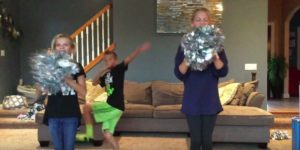 As the sisters hit their marks, little bro freestyled in the back. Quite appropriately, his shirt read, “No Risk, No Reward.” Indeed, my friend. 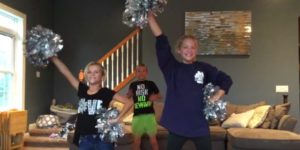 With zero fear of sisterly retaliation, this guy busted every move in his arsenal, all while they were none the wiser. And unlike his siblings, he even added in some lip-syncing to bring the drama to his performance. 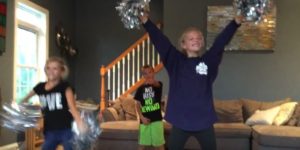 He so expertly executed his impromptu routine that the girls truly had no idea what he was doing, even up to the last second.

Watch the video below and be on the lookout for our favorite move to the lyrics, “I can make your hands clap.” Don’t forget to share to spread his hilarious antics far and wide!