Snow White may be regarded as “the fairest in the land” for her inherent kindness, but the woman who plays her? She’s even more compassionate.

Before her family’s trip to Disney World in August, Lauren Bergner did everything she could to prepare her son, Brody, for the change in his routine. But the New Jersey mom knew all the planning in the world wouldn’t necessarily prevent the seven-year-old from becoming overwhelmed by all the noise and crowds. 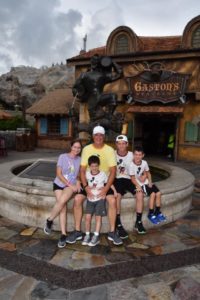 Brody has autism, and sometimes, his surroundings become too much to handle. And the Florida heat certainly didn’t help when he waited in line with his brothers to meet Snow White at Epcot Theme Park. Lauren knew a meltdown was coming.

But then, just like it was out of a Disney movie, an angel of a woman stepped in to make everything better. Lauren was so touched she took to Facebook to sing the praises of the cast member who plays Snow White. 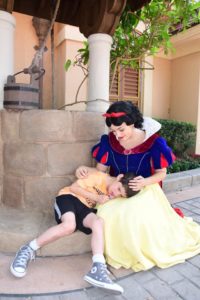 “I wanted to share an amazing experience that I had today Sunday August 25th in Epcot. My son Brody has Autism and is non-verbal,” Lauren wrote. “He was crying and was overwhelmed and just having a hard time.” 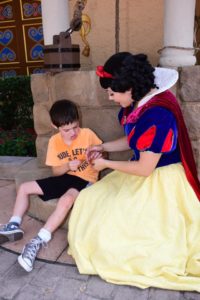 But, she added, the woman playing Snow White knew just what to do. She could tell Brody has special needs.

She kissed, hugged, and cuddled him. He was laying his head crying on her lap. 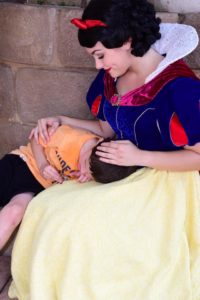 Lauren said watching the two together was a magical experience — especially considering Brody never opens up to strangers so quickly! She and her husband, Bill, were amazed. 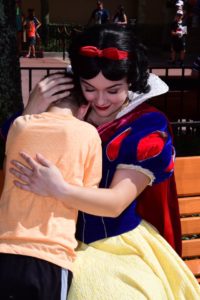 Then, going even more above and beyond for Brody, Snow White took his hand and led him away from everyone in line, who, it turns out, were just as understanding. They even clapped watching the two together. 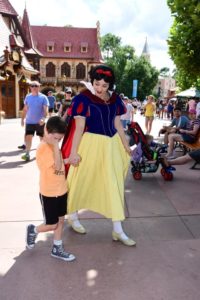 It meant everything to Lauren and her family. Snow White danced with her son as everyone looked on, memorized by the heart-melting scene in front of them. 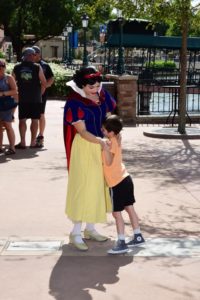 And before long, the sweet little boy was smiling!

“She took so much time with him,” Lauren said, calling the woman a pure angel. “She was magical and my family is forever thankful and touched!” 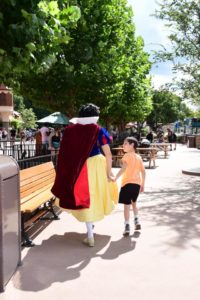 Now, with Lauren’s Facebook post going viral, she’s hoping to get in touch with the woman who left a mark on her heart. But in the meantime, she’ll never forget the kindness shown to her son when he needed it the most. A little understanding, support, and comfort go a long way.

Watch as Brody dances with his new favorite princess in the video at the top of the page, and share to warm others’ hearts as well!