Taking the time to invest in someone can make all the difference in the world.

Few people understand that as well as Caleb and Mallory Oosterhouse of Fuquay-Varina, North Carolina. When their nonverbal 2-year-old bonded with an unexpected stranger, their friendship changed all of them for the better! 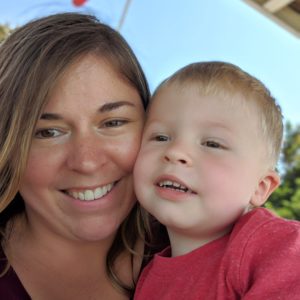 Caleb and Mallory call Brock their miracle boy because he came into their lives after many failed attempts at having children. But as their little one grew, Mallory noticed he wasn’t speaking or walking like other kids his age.

They put him in physical therapy, which eventually helped him take his first steps, but Brock still struggled to communicate. Just before he turned 2, he was diagnosed with a neurological disorder called apraxia, which causes people to have trouble with things like speaking, despite having the desire and physical ability to do so.

Regardless, Brock always made one thing clear: He loves garbage and recycling trucks. Little did his parents know, that passion would change his life! 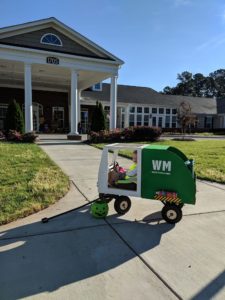 The interest started because Mallory would take him outside with her during the summer and give water bottles to their mail carrier and any other workers who passed by. Over time, they bonded with their neighborhood’s recycling driver.

While many would ignore my nonverbal little boy, Mr. Aaron did not. Each and every week, he would stop at our house and get out of the truck. Instead of going straight to the bin to load the recyclables into the hopper, he would first come and greet Brock and me. He knew my guy was nonverbal and he would talk to him anyway.

Brock was in speech therapy at the time, and as he grew more confident, he wanted to talk about his favorite subject. Slowly, he mastered new vocabulary words that “were all tied to his weekly visits with his first best friend.” 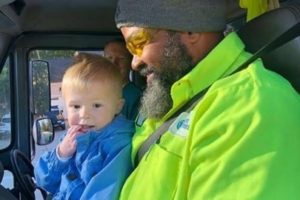 As their families got to know each other better, the Oosterhouses realized Mr. Aaron was fighting to make ends meet. He’s a Marine veteran and a father of four, and he didn’t have a working car. To make matters worse, his mother had recently passed away from cancer.

Despite these challenges, he worked tirelessly to provide for his family — and befriend a quiet 2-year-old. That’s why Mallory decided to return the favor in 2018. She shared Mr. Aaron’s story on GoFundMe and Facebook and asked people for donations. Just one week later, they were able to give Mr. Aaron over $5,000 and several other gifts! 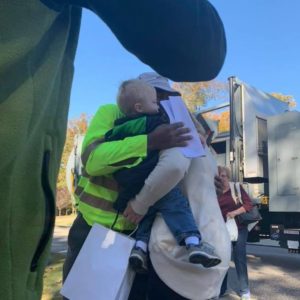 Thanks to their support, Mr. Aaron had what he needed to get a better position. While that means he isn’t Brock’s recycling driver anymore, their bond remains just as strong as ever. Mallory explained it best:

Brock is still in speech therapy, making more and more progress every week. If you catch us playing, he is most likely still talking about his friend. A friend who helped him find his voice and who helped my mom heart. I can’t thank Mr. Aaron enough for the kindness he shows our son and for being the inspiration to help him find his voice. 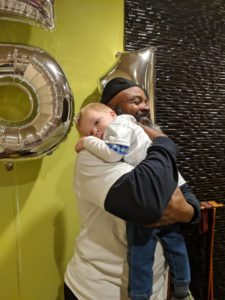 It’s easy to believe we can’t make a difference, but Mr. Aaron is proof that everyone has the power to turn lives around!

Share this story to thank the man whose friendship made all the difference for one little boy.