The holiday season can be a painful time of year, especially for those in mourning.

December was especially tough for Barbara Shackleford. The Virginia grandmother just spent her first Christmas in 59 years without her high school sweetheart. Her husband, Robert Shackleford Jr., passed away in May. But he did express his love to Barbara one last time, thanks to the beautiful gift put together by their grandchildren. 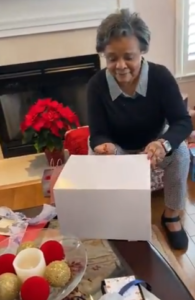 Barbara’s granddaughter, Lauren, was determined to cheer her grandma up. And she already knew the perfect way to do it.

Her grandparents had exchanged love letters in college, and Barbara had no idea her husband held onto them throughout the decades. So, Lauren and other family members placed the letters into an engraved silver box and presented it to their grandma. 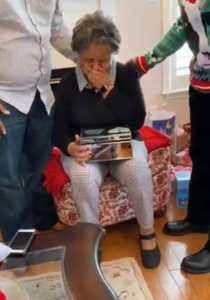 “For Christmas we decided to gift her w/ letters we found her & my grandpa wrote to each other in 1962 while they were in college,” Lauren wrote. “He kept them all these years.”

Lauren shared a touching video on Twitter of Barbara opening the box, then bursting into tears. It was the first time she’d ever seen her grandma cry. 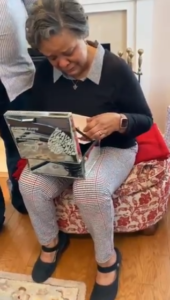 Millions wept as well watching Barbara flip through the priceless letters, each covered with Robert’s handwriting. 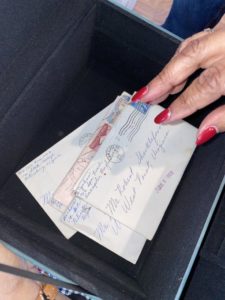 More than a few viewers could relate to Barbara’s heartache, as they spent Christmas grieving their own losses. Many shared their tokens of remembrance as a show of support, touching the family’s hearts even more. 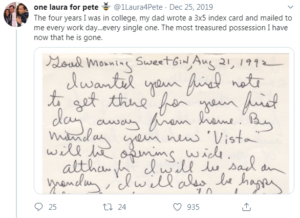 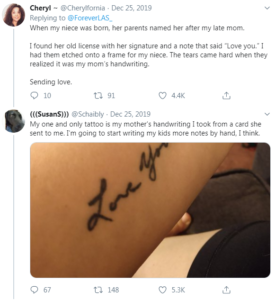 As Lauren shared in an updated tweet, this was another gift in itself. While Christmas was one of the hardest days of Barbara’s life, it was also filled with blessings thanks to her loving family — and kind internet strangers. Rest in peace, Robert.

Watch as Barbara receives treasured pieces of her husband in the video below, and share to spread the love.

My grandpa passed 7 months ago so this is my grandma’s 1st Xmas w/o him in 59 years. For Christmas we decided to gift her w/ letters we found her & my grandpa wrote to each other in 1962 while they were in college. He kept them all these years ❤️ pic.twitter.com/raRvAWxqW5