Letting go of our lost loved ones is a heart-wrenching process. For many, acceptance is the hardest stage of grief to reach.

Love and loss shaped Brandon Leake of Stockton, California, into the man he is today. The 27-year-old works as a college counselor, but he also has a gift for translating his pain into breathtaking poetry. And this year, it helped him make “America’s Got Talent” history. 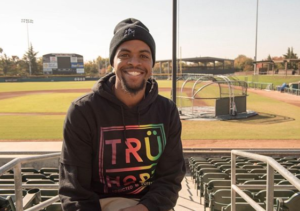 One of the best days of Brandon’s life was when his sister, Danielle Marie Gibson, was born. The then 4-year-old adored being a big brother and couldn’t wait for all the fun they’d have together. Then, eight months later, Danielle passed away.

Growing up in a neighborhood touched by drug use and gang violence, Brandon’s grief turned to anger when he was a teenager. But he found solace in writing.

“I let all this frustration out through creativity,” he explained. “Writing was most certainly an escape.” 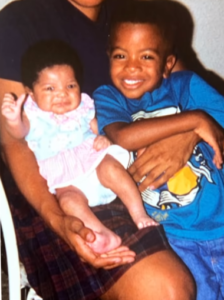 That escape took Brandon all the way to the AGT stage, where he became the show’s first spoken word poet. Fourteen days after welcoming his daughter into the world, Brandon turned his audition into a moving tribute, performing a poem written for his beloved sister.

Brandon spoke of the day “an angel was brought this earth,” and how “her smile is as wide as the universe, her eyes they glimmer like the star.”

“I, just four years old at the time, learned what it meant to love selflessly,” he said. “My strength was but knee-high, seeing her smiling face would make my soul fly.” 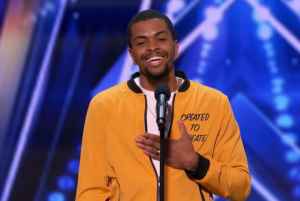 Then, he continued, Danielle “left earth to go back home amongst the stars right next to God.” Brandon struggled to come to terms with his sister’s death, explaining his mind “designs these alternate realities where she is still here, still alive, and all the things I wish we could have done, I will play it again and again and again.”

“That’s the cost of love,” he added. “Caring for someone so much that you can’t imagine life without them.” 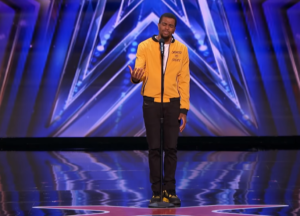 Brandon poured his heart into every second, stunning the judges into silence for a few moments. When she found the words, Sofia Vergara shared that she’d lost her own brother the same year Brandon lost his sister.

“I can feel your pain. I know what this is. I know what it is to have somebody taken from you without you knowing, but it was very beautiful for me,” she said.

“There was something more, so raw,” Howie Mandel added. “Just a raw heart beating in front of us. We feel your pain. We feel your love and you moved me to do this.”

Then he hit the golden buzzer! 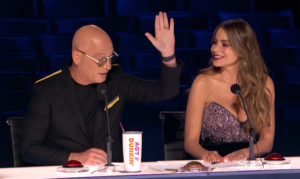 It takes courage to share something so raw and painful, even without an audience in the room. Thank you Brandon, for being so vulnerable. You’ve touched our hearts and honored your sister so beautifully.

See Brandon’s powerful audition in the video below, and share to touch more hearts!