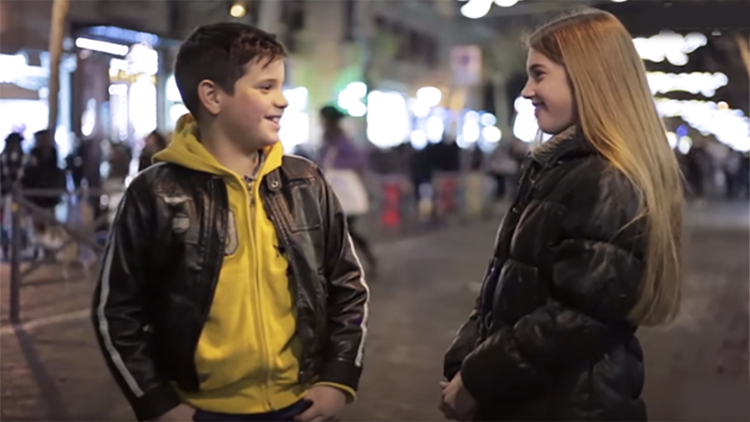 When Boys Were Asked To Slap A Girl, Their Heartwarming Resp...

All over the world, violence against women invades every part of social culture. It effects one third of all women in the world in every social, economic, religious and ethnic structure.

Italian video journalist Luca Lavarone wanted to draw attention to this issue in a creative way.

He found four young boys roaming the streets and asked a series of simple questions like their name, age, and hopes for the future.

After a few baseline questions, he brought out the big guns.

Lavarone introduced the boys to a young girl named Martina and asked what they thought of her. They responded with sweet and bashful comments and giggled nervously when asked to touch her cheek and arm.

Lavarone’s final request? To slap Martina as hard as they could. Watch how they responded!

Share to spread this powerful lesson of innocence and love.