Zoos and aquariums may be closed to the public right now, but that doesn’t mean exciting things aren’t happening inside.

For some animals, no human visitors means a chance to explore outside of their enclosures and even meet other critters! For example, Chico the sloth was treated to a VIP tour of Texas State Aquarium’s Gulf of Mexico exhibit. He is a local celebrity, after all, and as such, it wasn’t long before he ran into two adoring fans. 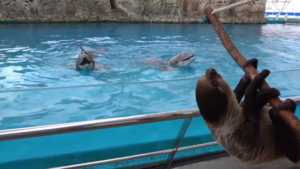 On his adventure, the 3-year-old saw ducks, seahorses, jellyfish, and many other different types of fish. But none were happier to see him than Liko and Schooner, two of the aquarium’s bottlenose dolphins. With jaws wide open, both appeared to be grinning as they watched Chico hanging from his branch. 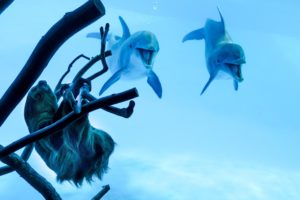 “We frequently give the animals a chance to ‘meet’ each other as a form of enrichment, which helps keep them active in body and mind,” the aquarium told Bored Panda. “As some of our most popular animals, it seemed an obvious choice for our sloths and dolphins to get a chance to see each other while we were temporarily closed.” 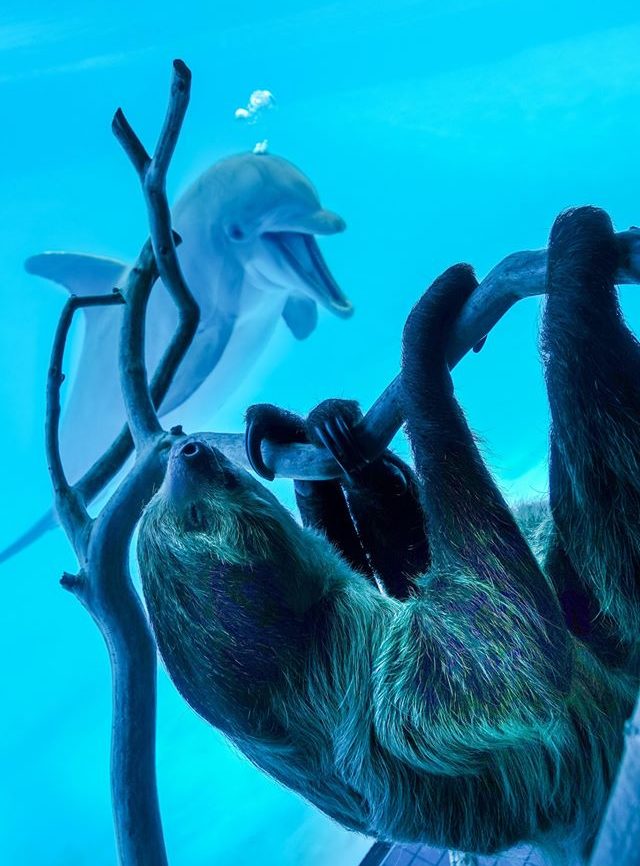 And clearly, the meeting couldn’t have gone better. Not only have the dolphins become Chico’s newest admirers, but his biggest! One even tried imitating the sloth’s behavior!

“Liko and Schooner were very curious, and Liko was even inspired to attempt an upside-down sloth impression!” the aquarium added in a Facebook post. As for Chico, he took it all in with sleepy contentment. 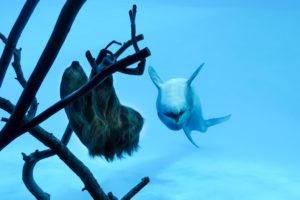 Nothing about the novel coronavirus is fun, but it brings us joy to see animals enjoying themselves despite the pandemic! Here’s hoping this is the first of many happy meetups between Chico and his new friends.

Join Chico on his tour of the exhibit in the video below, and share with other animal lovers!