Dog owners have all been there: you come home to discover that your pooch was just a tiny bit bored one day, and when dogs get bored they tend to get a bit destructive.

Joel Quinto understands this issue all too well. When his Boston terrier Scooter was about a year old his girlfriend came home to find the entire living room ripped to shreds. The little dog had pulled apart several magazines and torn them into tiny bits that littered the carpet, sofa — everywhere! 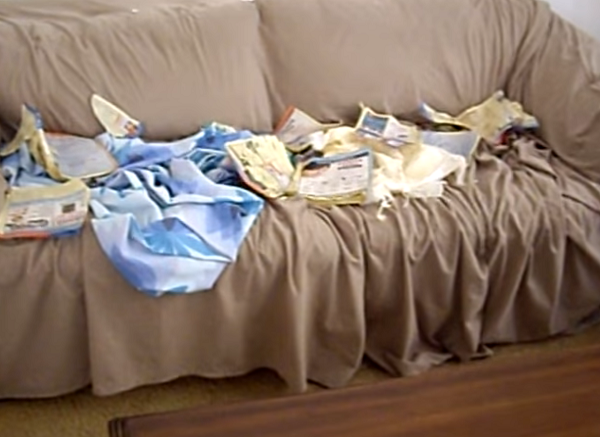 “Scooter… what did you do?” asks Joel’s girlfriend from behind the camera. She pans around the room to show the carnage before finally settling on the culprit: the oblivious little black and white dog spotted lounging against a big stuffed duck. One look at his little mug and you can see it clear as day: he regrets nothing. 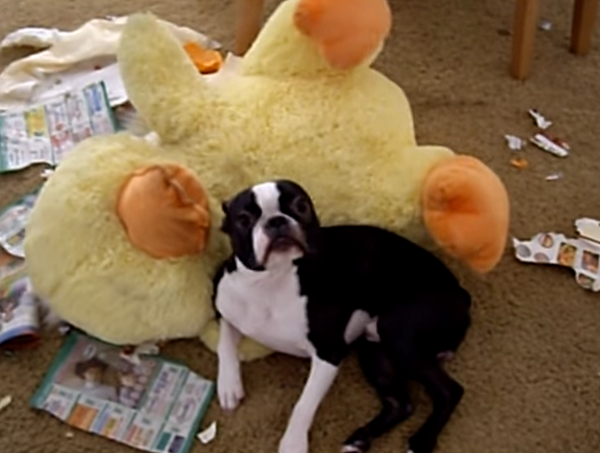 The defiant tilt of his chin tells us that Scooter knows exactly what he did, and he enjoyed every minute of it! After a few moments of intense questioning from Joel’s girlfriend Scooter finally has the good grace to look a little bit guilty, but not nearly as much as he should considering the mess his humans will have to clean up!

Eventually, Scooter shows he’s sorry by subtly rolling onto his back to show off his tummy, and that’s when Joel’s girlfriend breaks down and giggles. Who could stay mad at that little face?! 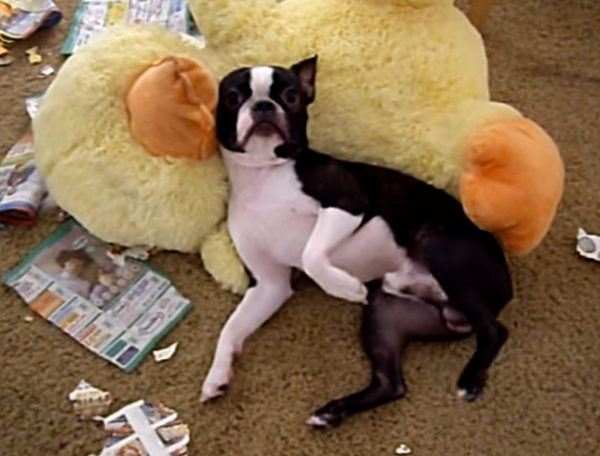 As adorable as Scooter is, this video is a great reminder for pet owners to always make sure that their pet has something to do while they’re out. Maybe they’re content to chew on a peanut butter-stuffed chew toy, or perhaps they’d be better off lounging trouble-free inside a comfy crate. There are many ways to keep young dogs like Scooter out of trouble that we’re sure Joel and his girlfriend investigated after this incident!

Take a look at this not-so-guilty canine in the video below, and don’t forget to share!