If you’ve been watching the news lately, you probably heard about the blistering heat wave that swept across Seattle last week. Temperatures in the 80s and 90s are hard enough but are even more overwhelming for a region so accustomed to cooler weather that only one-third of the area’s houses are air-conditioned.

Of course, the heat wave wasn’t confined to Seattle or just one week. The Pacific Northwest has been seeing warmer temps all summer. Almost 200 miles away in the small city of Moses Lake, Washington, residents suffered in their own right, particularly on July 7, when temperatures peaked at a scorching 103 degrees (the highest on record that month).

That was an especially raw deal for Teal, an adorable Labrador who not only had the misfortune of wearing a fur coat all day but a black one at that! 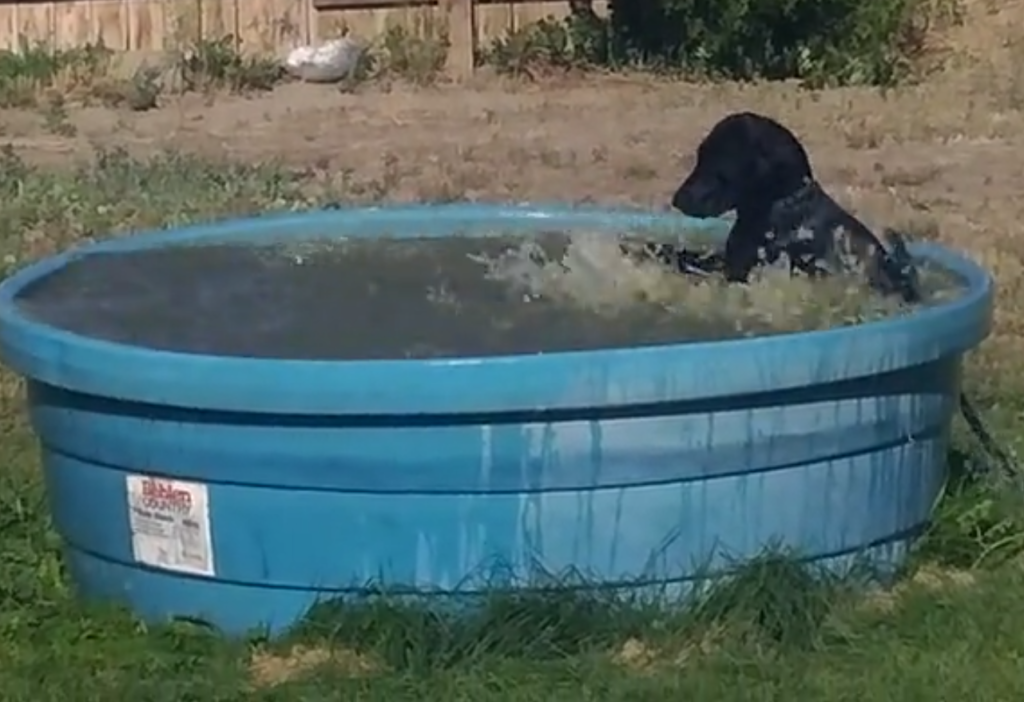 Teal is fortunate, however, to have some pretty compassionate owners. While there’s nothing they can do about her coat or its heat-absorbing color, they can make the heat a little more bearable by filling what looks like an industrial-sized kiddie pool with cool water and letting her go at it. 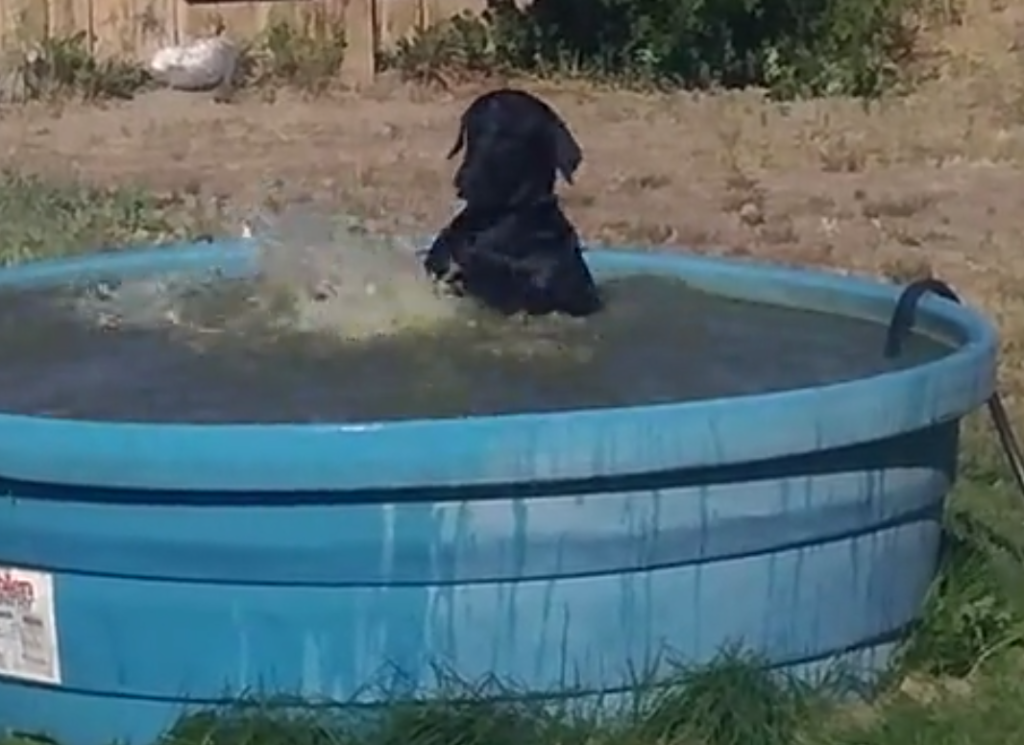 By the looks of it, she’s not only cooling off but having the time of her life!

“Must dig hole in water!”

Watch her doggie paddle for all she’s worth in the clip below and be sure to share to spread some laughs!

Eagle Jayagoda and his family have always found ways to help their community, so when the novel coronavirus pandemic hit and left many people without food, the third-grader immediately started...

Dads Come Together To Build Free Desks For Kids In Need.

Virtual learning amid the novel coronavirus pandemic has put some students at a disadvantage, as not every family can afford the supplies they need to work from home. Jessica Berrellez...