Marissa has far more on her plate than the average 16-year-old.

Since she was 14, the U.K. teen has helped care for her brother, who has a severe learning disability. Now she’s a full-time carer for both him and their mom Jacqueline. The latter is an amputee due to type 2 diabetes and gets around in a wheelchair.

Juggling her home life with schoolwork is a constant struggle, but one thing has always gotten Marissa through the tough times: Billie Eilish’s music. 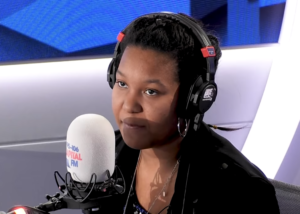 Marissa was recently invited onto Capital FM’s morning show, “Capital Breakfast,” to share her experience with host Roman Kemp. There, she explained being a young carer can get very lonely.

“I have lovely friends but they don’t understand,” she said. “They’re not young carers so they’re not in my position. They can’t relate to me but they can always be there to support me if I’m down but they’re never gonna really know what it’s like to be in my shoes.”

But, she added, there is one woman she relates to even though the two have never met. Marissa looks up to Eilish not only because the singer’s music helps her cope, but because she is always genuinely herself. Little did Marissa know that while she said this, her idol had snuck up right behind her! 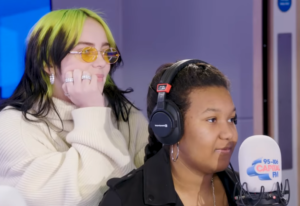 Eilish was in the room for a good 30 seconds before Kemp revealed the surprise with a casual question, “Do you know that Billie Eilish is standing right behind you?”

It took Marissa a second or two to process what he’d said. Then, she turned around and her jaw dropped. 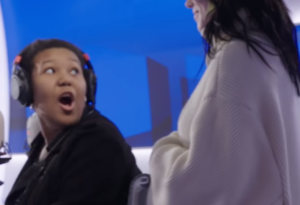 It was all Marissa could do to sit in stunned silence as she wiped away tears. Eilish had come just to see her! But to the singer, Marissa deserved all the love and praise for taking care of her family.

When Marissa found the words, she explained how much this visit meant to her. Now she doesn’t feel so alone.

“Overall, I’m just grateful,” Marissa said. “Life is hard. It’s so hard, and I have moments where I’m like, ‘I can’t do this anymore.’ But then, you’re not alone.” 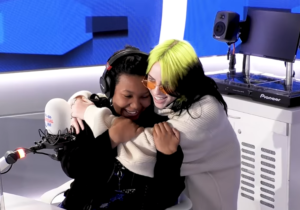 It’s no wonder Marissa finds Eilish so relatable. Both teens make others’ lives easier in their own ways. Way to use your fame for good, Eilish! And thank you, Marissa, for being a hero to your mom and brother.

Watch Billie Eilish’s surprise visit unfold in the video below, and share to spread smiles!