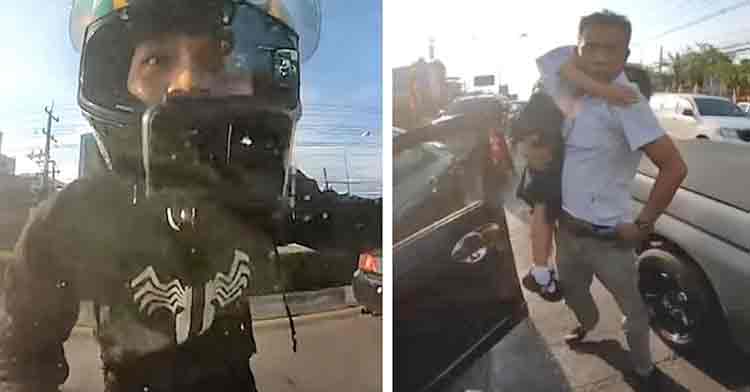 We’ve all sat frustrated behind the wheels of our cars, rolling our eyes as we move at a snail’s pace through the rush hour commute. But for Sorachat Sadudee, there was so much more on the line than getting home at a decent time.

The dad from Thailand recently found himself stuck in a traffic jam that quickly devolved into a life-threatening situation. He was on his way back home after picking up his two daughters from school in Phitsanulok when the youngest, eight-year-old Kaimook, started having an epileptic seizure. 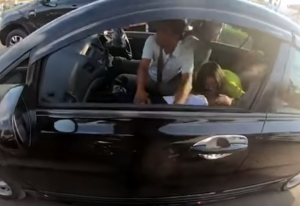 Terrified, Sorachat tried rushing to the nearest hospital, but traffic was at a standstill, making his efforts impossible. He sat, helpless, as Kaimook foamed at the mouth and eventually lost consciousness. “At that moment, she was in a very terrible condition. Her hands were jerking, her mouth had turned green, and her body was so pale with a high temperature too,” Sorachat later recalled.

That’s when Itthiphon Petchphibunpong, a passing biker, noticed the family desperately trying to wake her up. His helmet camera recorded as he told other drivers to move out of the way so Sorachat could park on the side of the road. He could get the girl to the hospital much faster on his motorcycle. 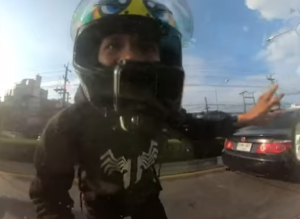 Sorachat agreed, carrying his daughter’s limp body out of the car and hopping onto the back of Itthiphon’s bike. He knew every second counted. 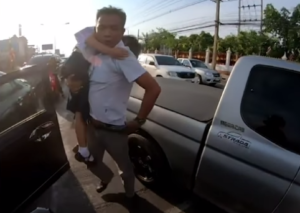 Itthiphon frantically weaved through traffic, yelling to passing motorists that this was an emergency. Fortunately, it only took him about four minutes to reach a local hospital. 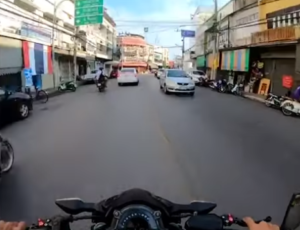 And thanks to the biker’s quick actions, Kaimook got the medical attention she need in time and, thankfully, pulled through. She’s since been transferred to another hospital and is currently recovering.

“I couldn’t thank him enough for his kindness,” Sorachat said. “He saved my daughter’s life. As soon as she is fully recovered, I’ll take her to meet him and thank him again in person.” 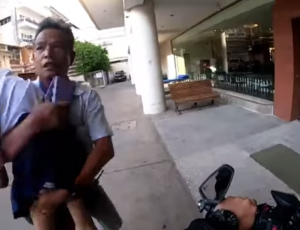 What a close call. We don’t want to think of what might have happened if Itthiphon hadn’t been there. He says he’s a dad himself, and simply couldn’t stand by and do nothing.

“As I am also a father, I know what it feels like to see our children collapsed and in pain in front of us. So, I didn’t even hesitate to help her,” he said. But no matter his motivation, he’s a hero, all the same.

Watch as Itthiphon saves the little girl’s life in the footage below, and share so he gets the recognition he deserves!