It’s very common for people to have a furry best friend, but a feathered one? Not so much.

Yet for Derek Johnson of Minnesota, the fact that his BFF happens to be a duck is no big deal. Derek has been raising a Pekin duck named Ben Afquack since the moment the animal hatched. They’ve formed such a close bond that Ben now follows his owner around everywhere! 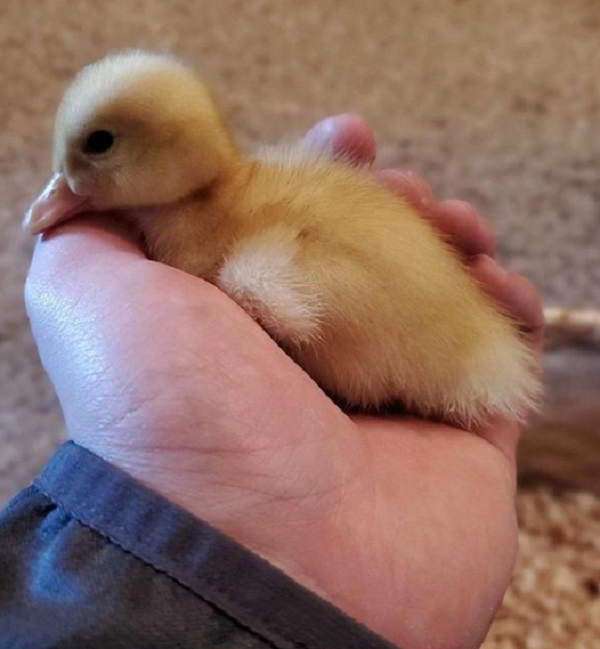 Derek and his wife Stephanie have two dogs, a cat, and Ben, who seems to think he’s just one of the dogs. When he’s not following the dogs around, Ben is never far from Derek’s side.

In fact, they’re so close they’re practically inseparable. Derek even takes his duck out for adventures using a special mesh backpack. As soon as the duck spots the backpack he comes running up to it, nipping at the zippers excitedly. Ben knows he’s about to take a ride and visit a local swimming hole or park. 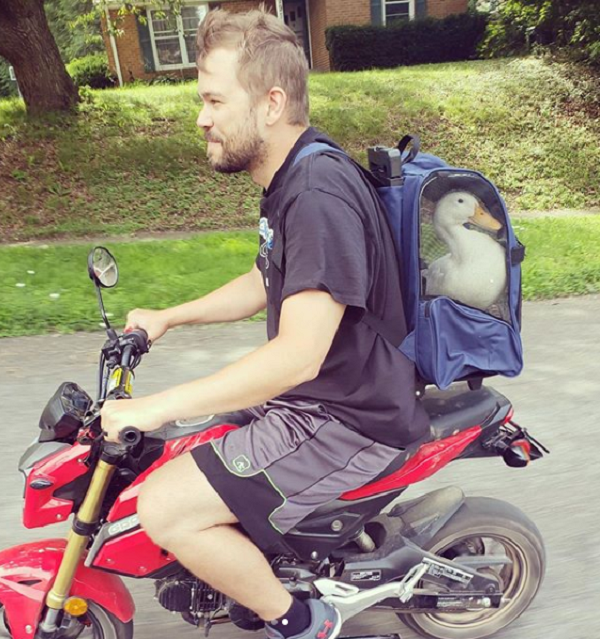 Ben is a huge part of the Johnson household and Derek often brings him into the house to hang out. He especially loves movie night!

“He cuddles too,” Derek said. “We watch movies and I flip him over and kind of hold him like a football. He immediately begins to fall asleep when I pet his nose and he just passes out. He’ll hang out there for an entire movie.” 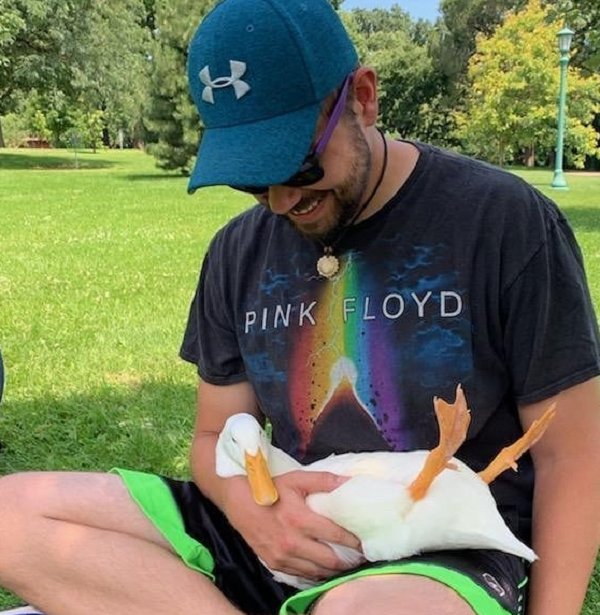 Derek says the duck has a big personality. He started making short videos and taking pictures of Ben’s funny antics, and after one of the videos went viral the duck’s personal Instagram page exploded. He currently has over 50,000 fans — and counting. Derek and Stephanie seem to be having the time of their lives with this barnyard buddy! 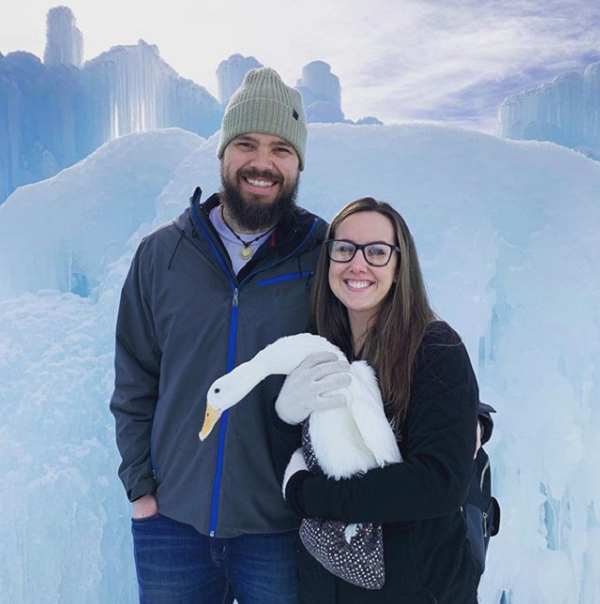 It just goes to show you that looks (and species!) really don’t matter a bit. Friendship is friendship! Looking forward to seeing more of this very special duo in the future.

Watch the video below to see Derek and Ben Afquack in action, and don’t forget to share.