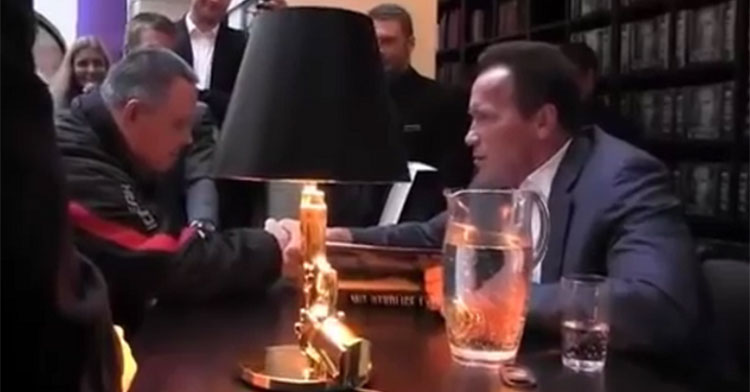 Maintaining your physique has countless benefits of its own, but getting praise from the likes of Arnold Schwarzenegger would really make all of those hours spent in the gym worthwhile.

Arnold is well known as being an advocate for physical fitness. The former Mr. Olympia bodybuilder has made a career around being the biggest and the strongest action star on the planet, and he’s still hitting the gym regularly in his 70s. Arnold has also devoted a lot of his time in recent years towards encouraging people with special needs to achieve their fitness goals, too. 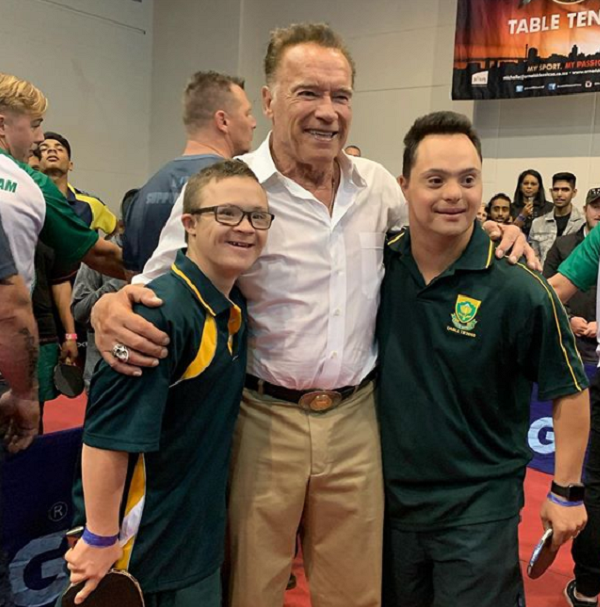 “We want to show that fitness is for everyone,” Arnold wrote on Instagram. “Everyone has a right to be healthy and fit. So get off your couch!”

Arnold’s ex-wife is Maria Shriver, whose mother Eunice Kennedy Shriver founded the Special Olympics. Both Arnold and Maria have been vocal advocates for athletes with special needs around the world, so clearly this is a topic near and dear to the former Terminator’s heart.

Arnold’s philanthropy and kindness were on full display when his book tour brought him to Copenhagen, Denmark, in 2013. In a now-viral video, Arnold was signing copies of his book “Total Recall: My Unbelievably True Life Story,” when a man with Down syndrome approached the table. 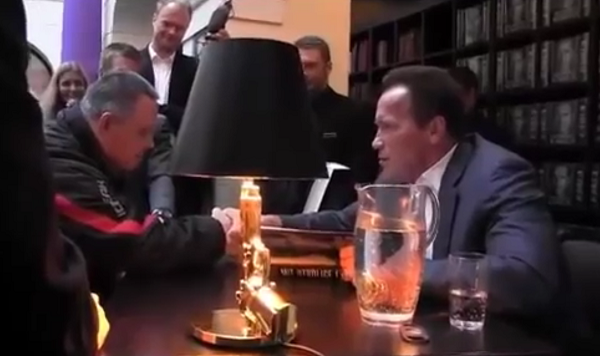 Glancing up at the young man, Arnold sized him up. “You look powerful,” he says quietly, looking the man straight in the eyes. “You must be doing a lot of lifting. Are you a powerlifter?”

The two have a brief conversation — you can tell the fan is awestruck just being in his idol’s presence! “Maybe everything? You look good,” Arnold concludes, opening the man’s book and writing a quick note before signing it. The man just nods his head happily, but after he moves away from the table the video captures the most incredible look on his face. 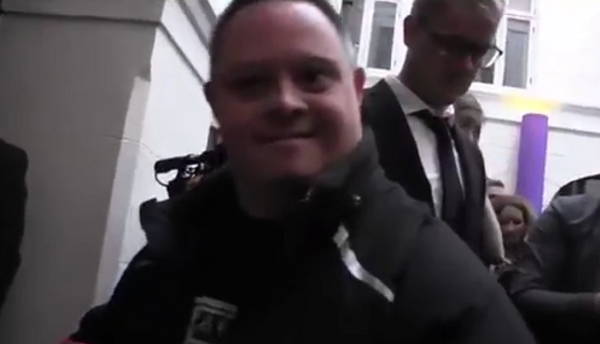 That is the look of pure joy! This video may not seem like much, but they say our character is the sum of all of our actions. By simply noticing how hard this man has been hitting the gym and treating him like an equal, Arnold showed what his character is made of!

Watch their sweet interaction in the video below, and be sure to share.