Sometimes the best surprises come when you’re least expecting them.

Take Ariana Grande, for instance. The pop singer closed out the first weekend of Coachella 2019 with a showstopping performance, singing all of her biggest hits from the year and wowing the crowd with her sultry costumes and dance moves. Yet the real treat for audiences all over came at the end of her show when perennial favorite *NSYNC came onstage. 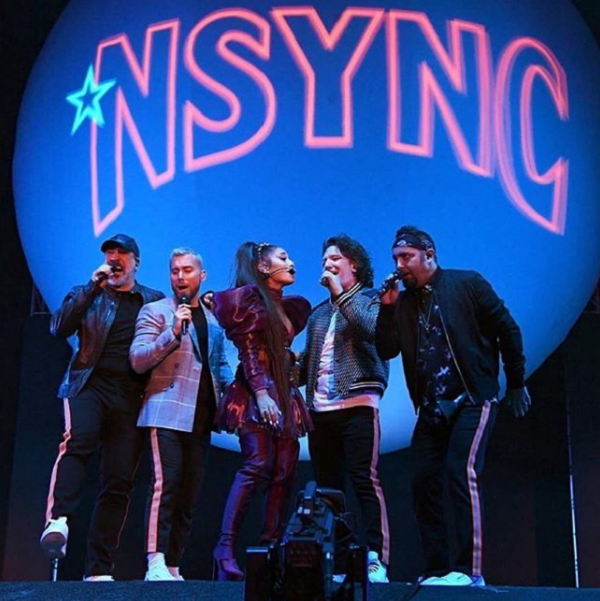 Ari had previously sampled  the*NSYNC song “It Makes Me Ill” for her hit “Break Up With Your Girlfriend,” so the reunited boy band joined her for that song as well as their own big hit “Tearin’ Up My Heart.”

Original members Lance Bass, JC Chasez, Joey Fatone, and Chris Kirkpatrick were all there to make everyone’s night complete. Sadly, Justin Timberlake had to miss the event due to just having completed his own world tour. 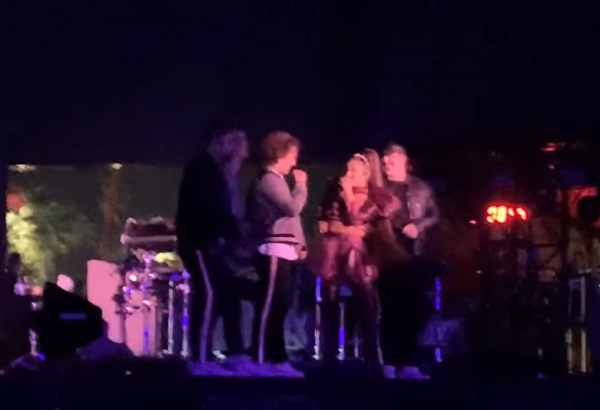 Ariana seemed determined to fill in for JT on stage, joining the band in one of their famous synchronized dances and singing the lead on one verse of “Tearin’ Up My Heart.” The fans can be heard cheering wildly and loving every second of this two-for-one special. She even got a lift when JC decided to carry her off stage at the end. 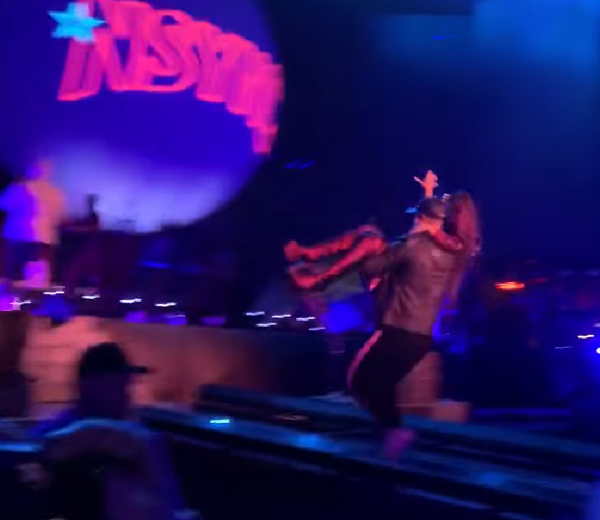 After the show, both Ariana and *NSYNC couldn’t wait to share their favorite moments of clowning around backstage with their legions of fans online.

“Was a great time and a chance to perform with my brothers once again,” Joey wrote after the event on Instagram. Ariana also shared several photos of her big night with the band she’d once idolized as a kid. “My mom and I followed you around on tour when I was 5,” Ariana wrote on her own Instagram page. “I’ll be recovering from this moment for the next twenty years tbh.” 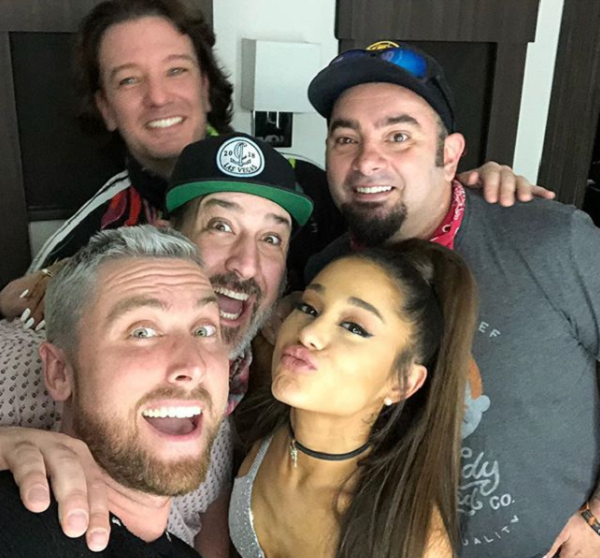 As you can imagine, meeting your idols is not always what it’s cracked up to be. Thankfully, Ariana was not disappointed, calling the band “the nicest human beings possible” and admitting, “it can go either way when you meet your childhood heroes and no one has ever been kinder or cooler or sillier or more lovely to be around. Ever!” 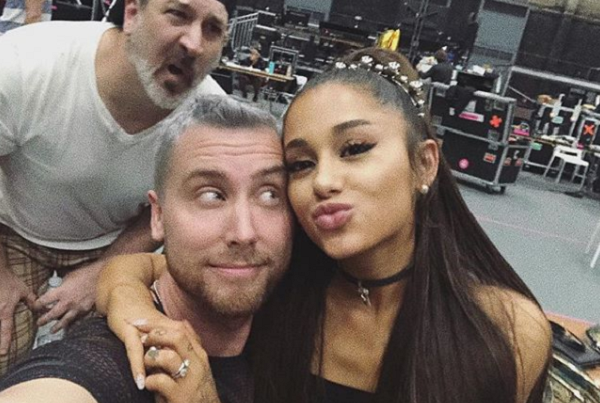 What a fabulous surprise! It’s so adorable that Ariana grew up listening to these guys and now she’s holding her own with them on stage. It just goes to show you that with hard work we can achieve our dreams — even wild dreams like singing and dancing with *NSYNC!

Watch the band surprising Ariana’s fans in concert in the video below, and be sure to share with a music lover.