Today we learned that penguin shaming is a thing — and sometimes those salty little sea birds deserve to be called out!

The National Aquarium of New Zealand in Napier, New Zealand, is home to over 100 land and sea animal exhibits from around the world. One of their most popular exhibits is the penguin enclosure, where visitors can observe these flightless birds in a natural habitat. 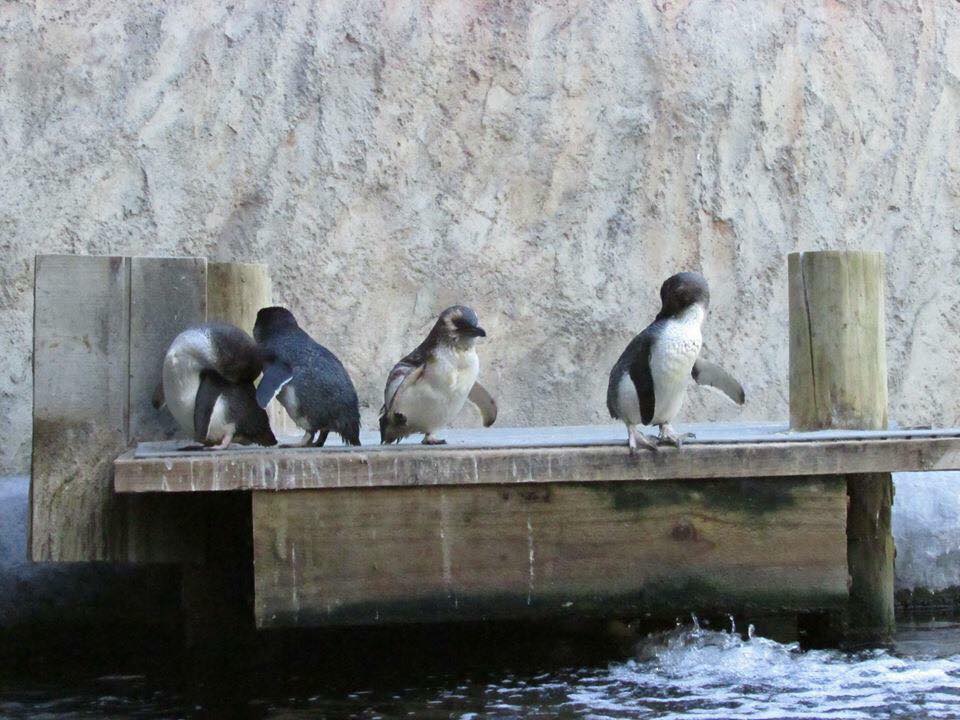 If you’ve ever spent time watching colonies of penguins, you know that each animal has its own distinct personality. Some penguins are friendly and get along with their buddies without complaint; others are a little more difficult.

Workers at the aquarium know the animals in their care like the back of their hands, and they praise good behavior while raising an eyebrow to the bad. Once a month the aquarium staff selects a “Penguin of the Month” to share on social media, and the descriptions they use for these errant animals are downright hysterical! 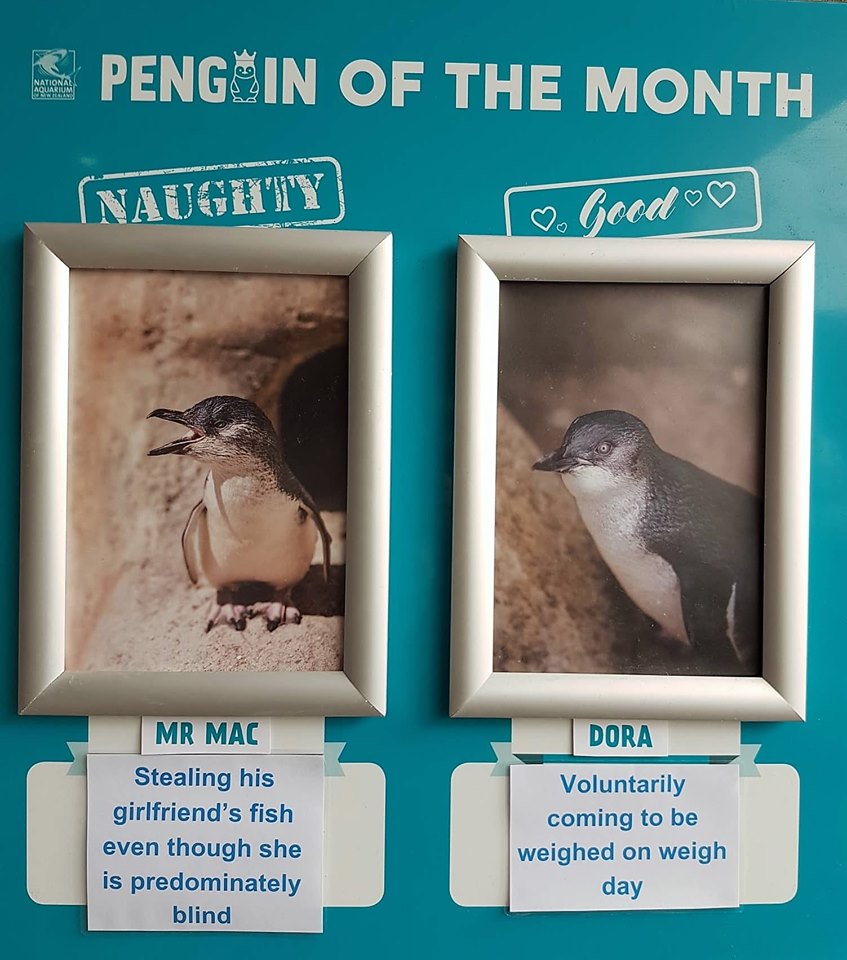 “Dora was such a trooper at our regular health checks this month,” the staffers wrote. “She waddled straight over to the scales and, with a little helping hand and no fuss at all, popped up to be weighed. If only everybody was as compliant on weigh day as Dora!”

Mr. Mac, however, made the naughty list. “Mr. Mac takes the cake (or should we say fish) this month!” they wrote. “Can you believe he snatched a fish right out of his girlfriend Lulu’s mouth? Taking food from an almost blind penguin — how could you Mr. Mac!”

That’s pretty cold. But that’s nothing compared to what Tux was up to the following month. 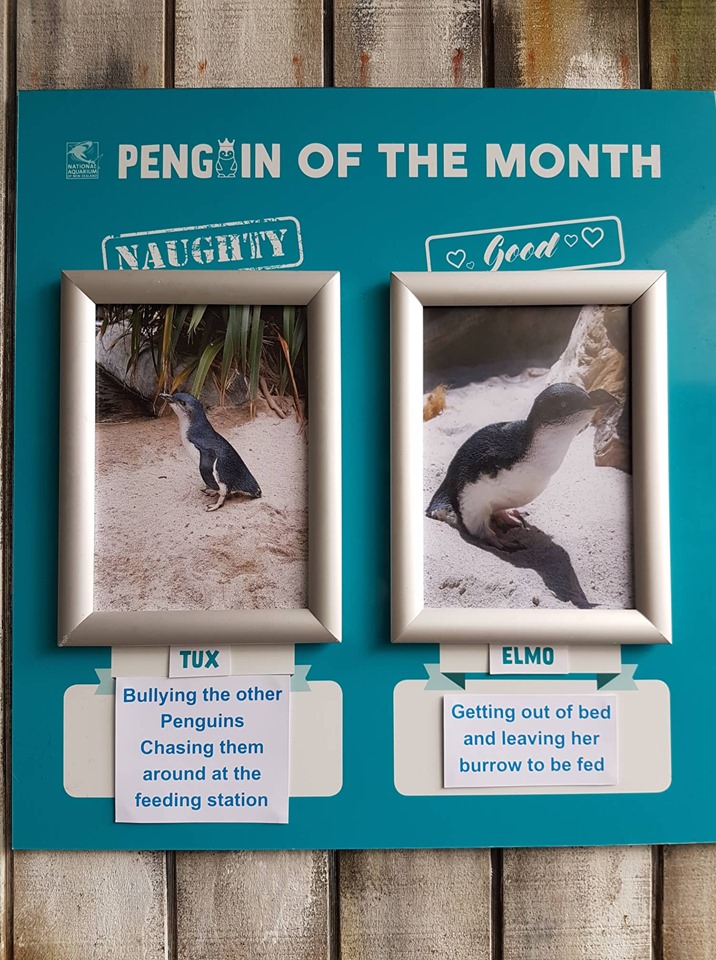 While Elmo, the oldest penguin in the habitat, managed to waddle out of her burrow to eat and didn’t need to be hand-fed, Tux was “a right bully” and refused to let the other penguins get near the feeding station.

Apparently, this bad behavior didn’t come as a surprise. “Tux does have occasional bullying tendencies and has been in trouble before for pushing Timmy off the pier. He’s a handsome dude, but that’s no excuse — we’ll need to keep an eye on him.” 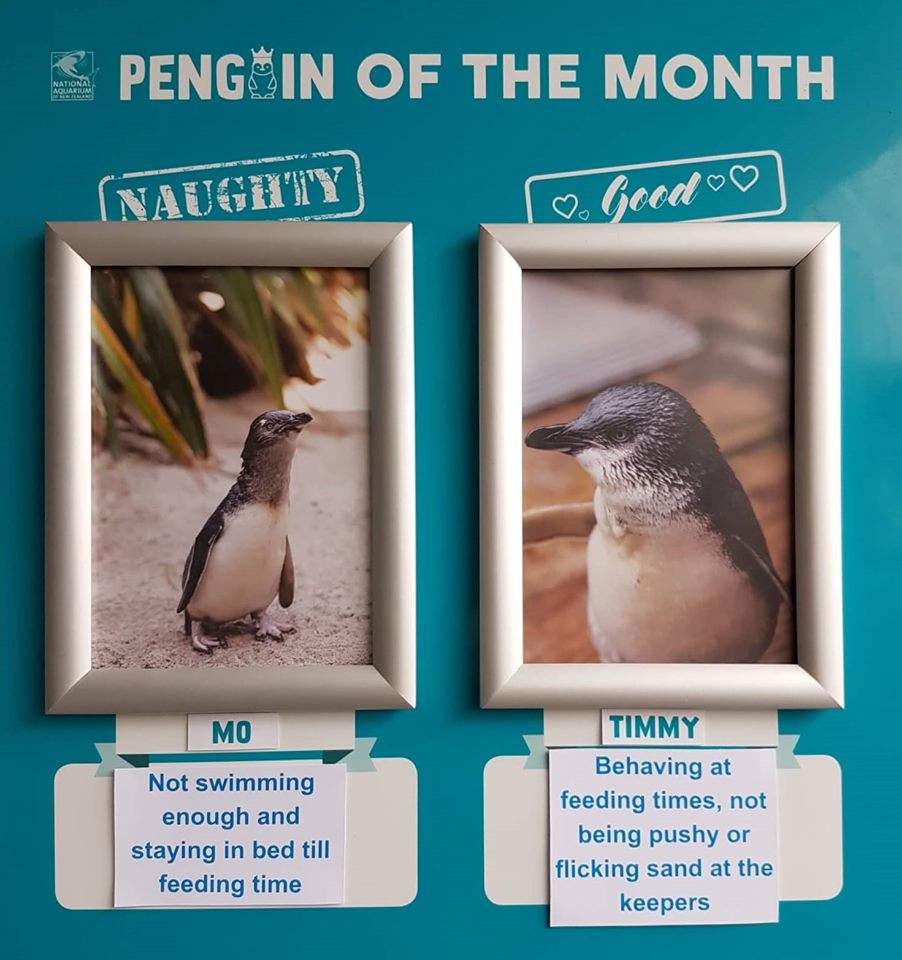 Speaking of Timmy… when he’s not getting pushed around by Tux, he’s a pretty good egg. “He’s not being his usual pushy self and has even restrained himself from flicking sand at the keepers!” staffers explained. “Basically, he’s been awarded good penguin this month because he hasn’t been naughty.”

Mo, on the other hand, must be going through an angsty teenage phase because he has been lying around for weeks. “Penguins normally swim during daylight hours, usually getting up at sunrise. But not our Mo – he refuses to rise before 9:30 a.m., then waddles across to get his food and tries going back to bed. Mo needs to be mindful of his tardy behavior,” they wrote. 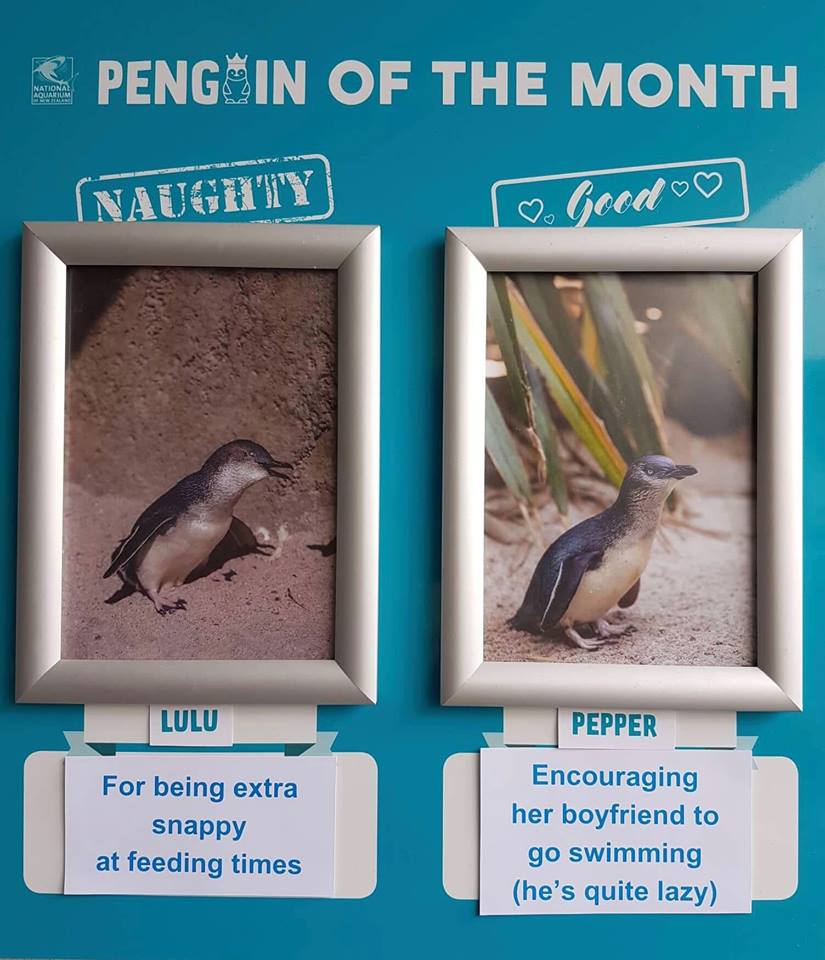 The staff at the National Aquarium is clearly having a lot of fun with this program, and their tongue-in-cheek descriptions have us smiling along with them. We’re happy to see how each of these creatures has a unique personality — just like us! And just like the staffers, we can use a sense of humor when dealing with difficult behaviors to make them a little more fun.
Please share this story with a penguin fan to make their day!